The $18 trillion problem the Democrats missed during the debate 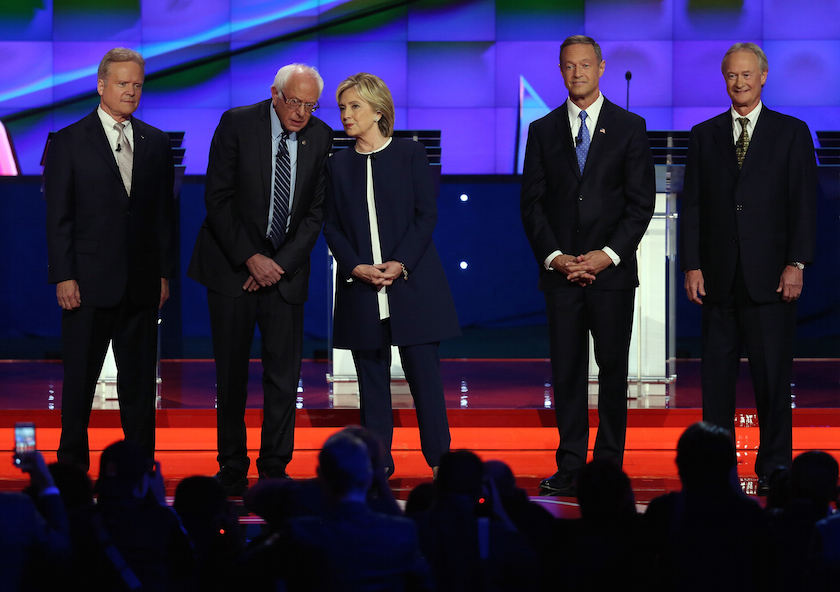 Much of Tuesday night’s Democratic primary debate was about spending. About more spending, obviously. The candidates outdid themselves. Frontrunners Hillary Clinton and Bernie Sanders advocated spending more on education (free college for everyone), on jobs, on research, on free family leave. There was talk of expanding Medicare and Social Security, which happen to be the two main drivers of government deficits, and of extending the (subsidized) Obamacare insurance plans to undocumented immigrants. Clinton even called climate change an “opportunity to grow our economy,” apparently referring to the opportunity to spend money fighting it.

This is a funny definition of opportunity because much of what the candidates are proposing will lead America deeper into debt.

Of course, that’s not the way they see it. The real challenge, according to the two main contenders, is inequality. Fortunately, we learned that inequality is pretty easy to address: just tax the rich and spend more government money. So I guess inequality, too, qualifies as another “opportunity to grow our economy.”

More: Who won the Democratic debate?

In fairness, these spending plans undoubtedly address important societal aspirations. However, money, even public money, has an opportunity cost: either it has to be raised, or it has to be reallocated from some other use. For the most part, the moderators ignored this issue. Clinton was only asked once, and in passing, about affordability. She reacted indignantly and then said: “I know we can afford it, because we’re going to make the wealthy pay for it.” That seemed to put the issue to rest for the remainder of the debate.

The moderators failed to push the candidates to discuss the elephant in the room: government debt. The key fact here is that total US government debt exceeded 100% of GDP for the first time during this administration. Its recent growth is truly breathtaking:

How significant is this ratio? And what does it imply for the role that government can play in 21st century America? We can look at other countries to get some answers.

Among countries with large (greater than 100%) debt-to-GDP ratios, Italy and Japan are probably the most comparable to the US. In Italy, the tax pressure is among the highest in the world (tax revenues equal 42% of GDP, compared to 27% in the US). This high tax pressure, which is necessary to keep the debt from growing even further, has made it very difficult to run a profitable business. As a result, youth unemployment in Italy runs at 45% and the whole country is in the throes of a revolt against traditional political parties.

Japan has chosen a different route: kick the can down the road. Today Japan’s debt to GDP ratio exceeds 240%, and interest costs consume about 10% of GDP. Evidently, a painful day of reckoning can’t be too far off.

Some optimists argue that the US is different from other countries because it grows faster. And so it is OK for government to spend because the economy will grow its way out of the deficit. These optimists have half a point. It is true that in the past the US has grown at a relatively faster rate among rich countries. However, the bad news is that GDP growth seems to have slowed down in recent years. Larry Summers, a Democratic-leaning economist who is hardly a deficit hawk, forecasts a permanent slowdown in growth. If Summers is right, then there is a real risk that debt will balloon out of control.

More: Ivanka Trump on how she feels about her father’s presidential bid

A different type of optimist is not worried about deficits in the short term, because they stimulate the economy. This argument is based on the idea of debt as a shock absorber. This is a sound economic principle, provided that surplus are run periodically to erase the debt. Unfortunately, we have not seen these “repaying” periods in advanced economies at least since the 1980s. So the theory of debt as a beneficial shock absorber appears not to be relevant to real-world economies.

These considerations suggest that government debt will not shrink any time soon, and so the economic role of government in 21st century-America will be defined by the stock of its public debt. Therefore, if government spending is not funded, the consequences will be severe in the not-too-distant future.

Unfortunately, Tuesday night’s debate failed to expose the candidate’s thinking on the issue of government debt and revenue sources. In this sense, the candidates were not required to provide a realistic vision for the economic role of government in America. We can only hope that we, as citizens, will be better served in the next debates.

Nicola Persico is the John L. and Helen Kellogg Professor of Managerial Economics and Decision Sciences at Northwestern University’s Kellogg School of Management.