Ted Cruz raised some serious money over the summer 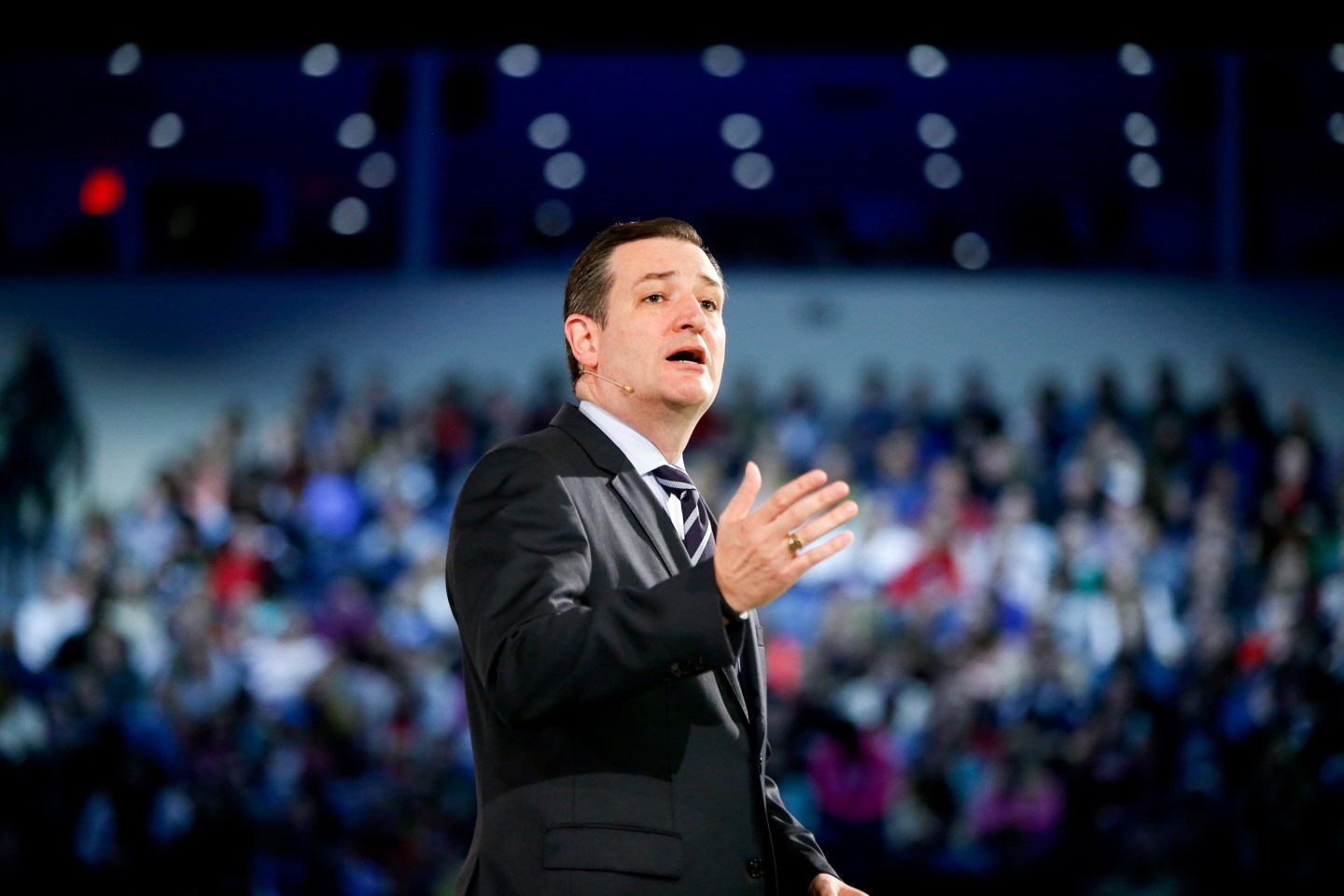 Sen. Ted Cruz, R-Texas speaks at Liberty University, founded by the late Rev. Jerry Falwell, Monday, March 23, 2015 in Lynchburg, Va., to announce his campaign for president. Cruz, who announced his candidacy on twitter in the early morning hours, is the first major candidate in the 2016 race for president. (AP Photo/Andrew Harnik)
Photograph by Andrew Harnik — AP

Sen. Ted Cruz’s presidential campaign announced Thursday it raised more than $12 million in the third quarter of this year.

The money was raised mainly from small donors, the campaign said. It received more than 185,000 donations in the third quarter, with the average contribution totaling $66. The total amount Cruz has raised since he launched the campaign six months ago is now at $26.5 million, and if you include donations to outside groups supporting Cruz, that total reaches $64.5 million.

Only Ben Carson raised more money this quarter among Republicans, with the doctor bringing in $20 million this quarter. But Ted Cruz is second behind only Jeb Bush in total fundraising, and has more than double the war chest of Dr. Carson when you include money given to outside groups.