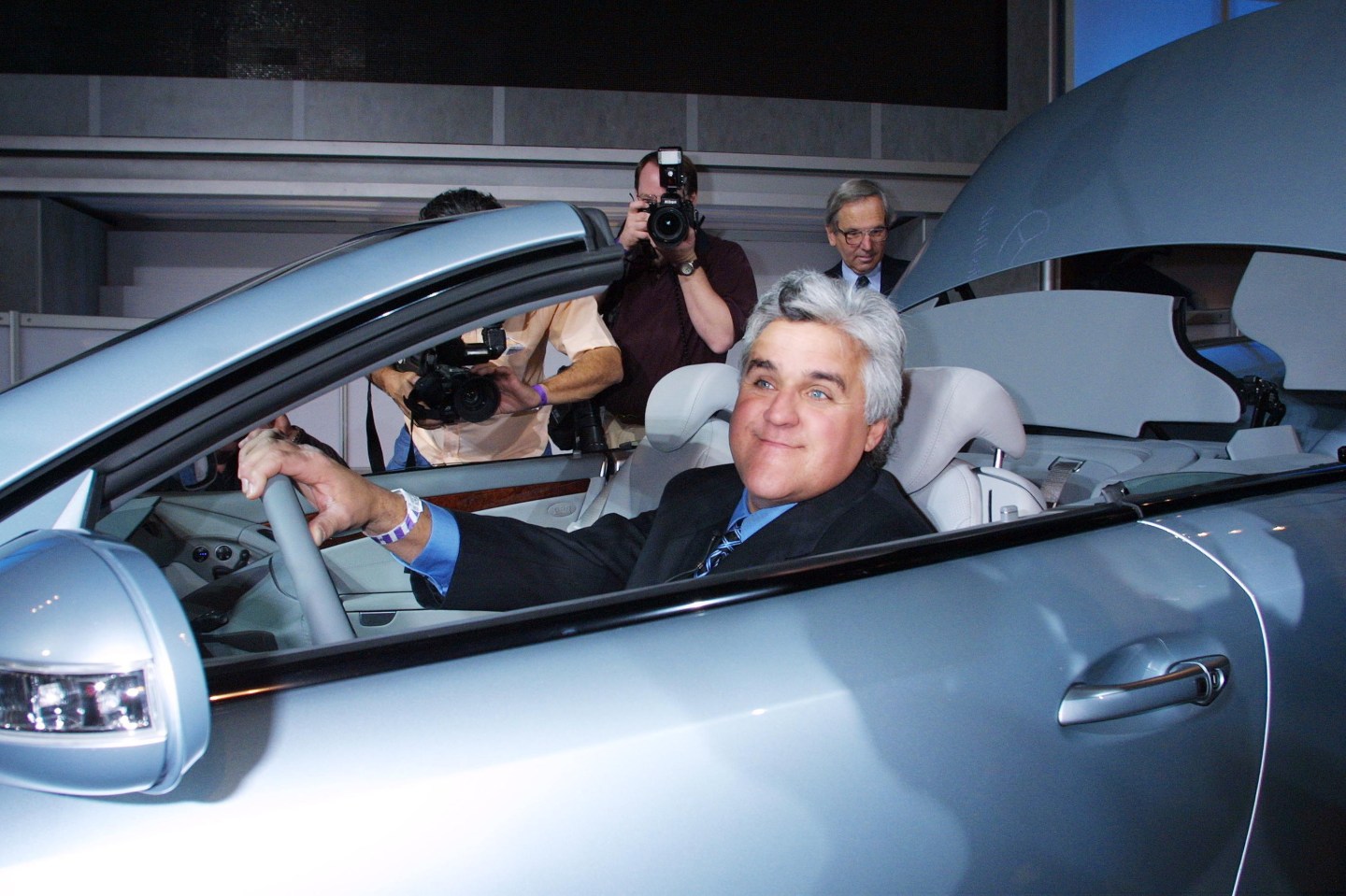 CNBC’s “Jay Leno’s Garage” featuring the former “Tonight Show” host debuted with the largest viewership for the business news cable channel in its history, according to Nielsen data.

It drew in 916,000 total viewers during its premiere on Wednesday.

“Garage” is Leno’s return to television after his departure from the “Tonight Show.” He hosted the program for over 20 years.

“This show will be about anything that rolls, explodes and makes noise,” said Leno in a release when his show was first announced last year. “We hope to highlight the passion and the stories behind the men and women who made the automobile the greatest invention of the 20th century.”

“Jay will add tremendous star power and exceptional content to CNBC’s primetime at the perfect time,” said CNBC President Mark Hoffman in a statement at the time. “CNBC at night has real momentum and Jay’s personality, tremendous fan base and his passion for the subject will contribute mightily to our burgeoning primetime.”