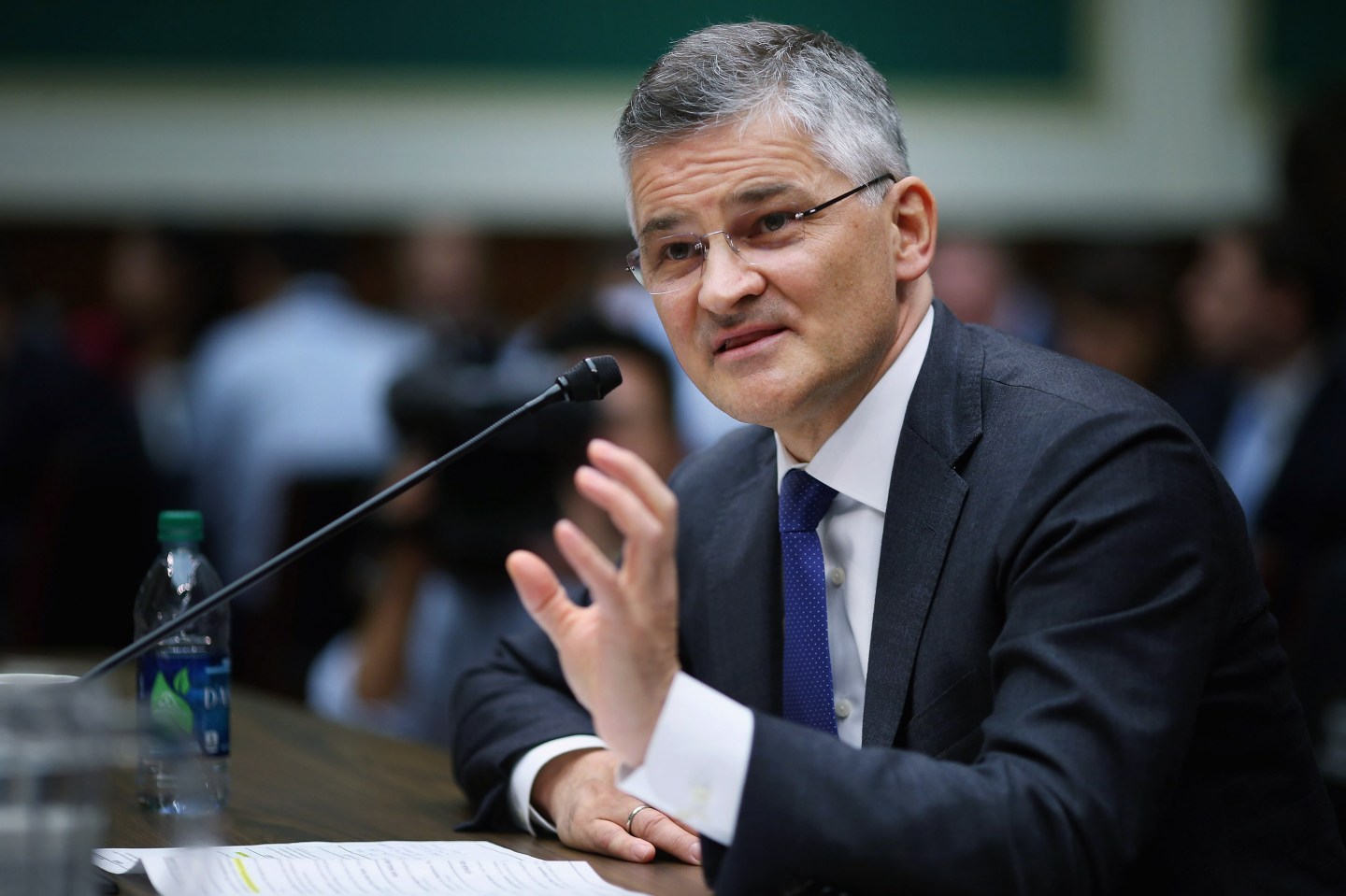 The head of Volkswagen’s U.S. operations learned that his company’s cars might not be in compliance with federal standards in the spring of 2014, he said Thursday.

In prepared testimony, CEO Michael Horn admitted to a congressional committee that he was informed of “possible emissions non-compliance” at that time and told that the situation could be remedied.

Horn’s knowledge likely came from a West Virginia University study that found discrepancies between VW cars’ stated emissions rates and on-road testing. Horn said in 2014 he was also told that the EPA could test for the presence of a “defeat device,” the software Volkswagen used to have its cars emit fewer pollutants during emissions testing than when they are on the road.

Horn didn’t specifically say that he knew Volkswagen had installed defeat devices on millions of cars over the course of several years. However, he said that later in 2014 he was told that Volkswagen’s technical teams had a plan to bring the company’s cars in line with emissions standards.

The plan to solve the issue quietly apparently didn’t work, as VW is now embroiled in a massive corporate scandal. According to Horn’s testimony, Volkswagen informed the EPA about its defeat devices on Sept. 3. It’s not clear why it took so long for the company to acknowledge its use of those devices.

After presenting a vague timeline of events, Horn reiterated Volkswagen’s plan to do right by customers and the EPA. “I again apologize on behalf of everyone at Volkswagen. We will fully cooperate with all responsible authorities,” he said. “We will find remedies for our customers, and we will work to ensure that this will never happen again.”