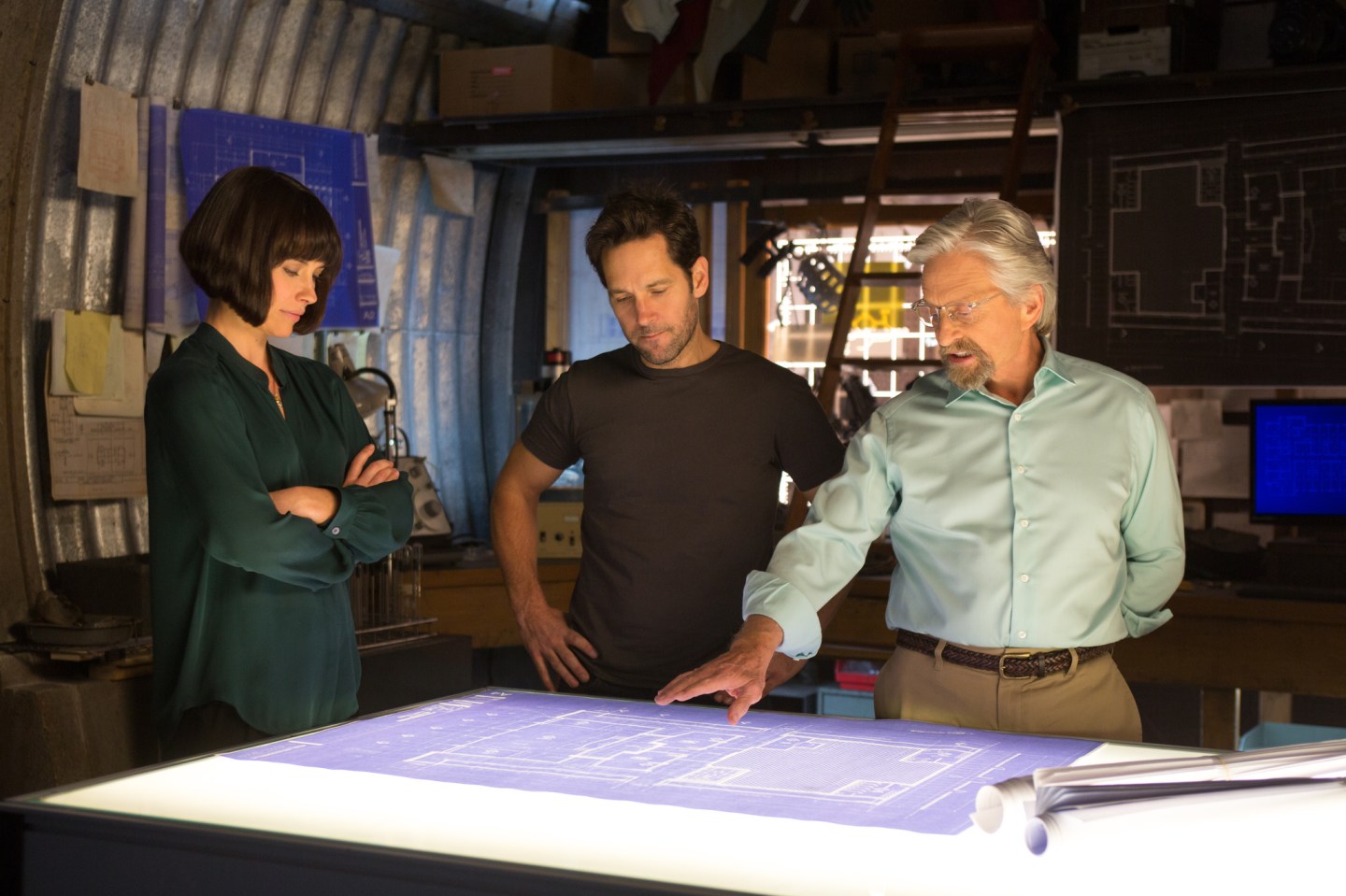 Marvel Studios has announced that Ant-Man and the Wasp will hit theaters as a part of the MCU’s Phase Three on July 6, 2018, marking – the company points out – the first time that a female hero’s name has made it into a Marvel title (DIS).

Ant-Man and the Wasp seems to be a response both to the popularity of Hope Van Dyne, played by Evangeline Lilly in Ant-Man, and the first film’s explicit tease that the original Ant-Man’s daughter would soon don her own suit and follow in her mother’s footsteps.

The addition of Ant-Man and the Wasp to Marvel’s Phase Three means some shifting around for other films. Black Panther, which just hired writer Joe Robert Cole, is being bumped up from July 8, 2018 to Feb. 16, 2018, the earliest in a year a Marvel movie has ever debuted.

Marvel Studios has also planted three flags in 2020 for unannounced films on May 1, July 10, and Nov. 6 of that year.

The next Marvel film, Captain America: Civil War, will arrive on May 6, 2016.

This article was previously published on Entertainment Weekly. EW.com is a content partner of Fortune.com.