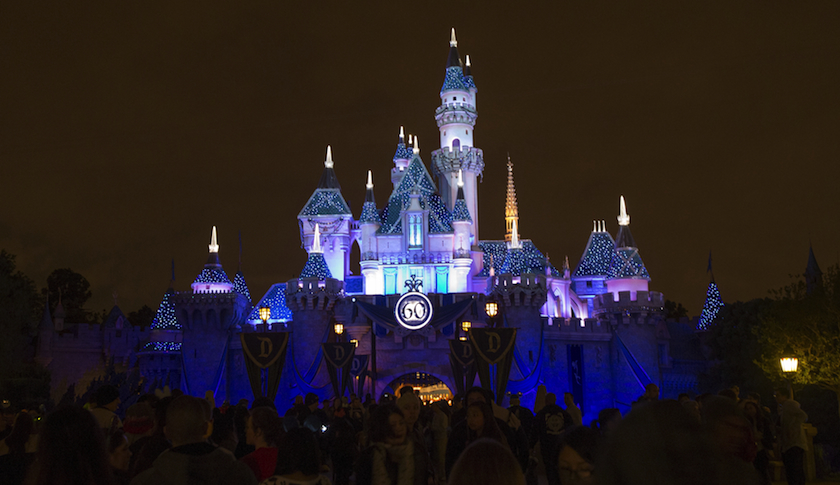 The Internet is having a Donald Duck-like tantrum after hearing news that Disney’s popular theme park annual passes jumped by up to 35%, crossing the psychologically important $1,000-a-year-mark.

“This was the last straw for us,” exclaimed LoveBWVVBR, a member of the popular Disney forum DISBoard.

“Sad day,” noted a commenter on the highly-regarded Theme Park Insider blog. “This price increase is just ridiculous and like others have commented, Disney is truly pricing regular folks out.”

And as Disneyland fan Nicholas Laws Tweeted so colorfully:

As a huge @Disneyland fan… Even I'm not CRAZY enough to spend that much cash #IdRatherPayRent 😂 pic.twitter.com/9A6OAbFerE

Disney has eliminated its $779-a-year, “premium” pass, which offered unlimited access to its Disneyland and California Adventure parks in Anaheim, Calif., and replaced it with two options: an $849 “signature” pass that offers access 350 days a year (peak periods around major holidays are blocked out) and a “signature plus” card with unlimited access for $1,049.

At Disney World in Orlando, the company added several new options, including a $549 “gold” pass with 335 days of access. Disney is blocking out Christmas, New Year’s, and the two weeks around the spring break travel season.

The move is widely thought to be a preview to a more dynamic pricing system, where prices rise and based on demand.

Disney’s parks have become a victim of their own success. Walt Disney Parks and Resorts have set attendance records in the last three fiscal years. In the latest quarter, Disneyland Resort reported the highest attendance and profit for any quarter in its history. The higher prices are meant to extend that winning streak and to thin the herd during peak times.

It’s a classic win-win for Disney, says Per Sjofors, founder of Atenga, a consulting firm that specializes in pricing research. “Attendance keeps on growing, and the parks only have limited space,” he explains. These increases, he adds, are designed to leverage customers’ willingness to pay more while also controlling the number of guests at a theme park.

But clearly, many customers aren’t feeling the magic.

Chris Redrich and his partner, who live in Irvine, Calif., have premium passes to Disneyland, which they plan to renew, but not at the signature plus level.

“We won’t be able to afford it,” says Redrich. “We understand the need to manage park capacity, but it’s disheartening to have prices increase so drastically.”

Others, like Lauren Chouinard, are priced out of the park entirely. She recently graduated from Chapman University, only a few miles from Disneyland. As an annual pass holder, Chouinard would often ride Space Mountain between classes.

“With the recent price hikes, many local students are opting out this year,” she says. And even though the annual passes pay for themselves after only a few visits, she notes there are still drawbacks: “The park is under massive construction, which has closed down some of the best attractions, and will inevitably cause more traffic in the already densely packed walkways.”

“Disney passes are expensive, but in my opinion, it’s worth it,” says Dana Smith, who works in nearby Bellflower, Calif. “I only have to go a few times per year to get my money’s worth. I visit about six times per year because I live about 20 minutes away from the park. The shows, rides, decorations, and the adult-themed California Adventure with its fine dining and cocktails make it worth it to me.”

Roger Colton of Livermore, Calif., is also re-upping at the signature plus level. He’s been an annual pass holder since 1984, the first year the passes were offered by Disneyland.

“It’s a good value for me,” he says. To Colton the discounts on parking, meals, and merchandise make money sense. “I manage to visit Disneyland several times a year for multiple days each time,” he adds.

What it all means

Disney’s price increases mark the beginning of a shift to demand pricing, a common practice in the travel industry. Airlines and hotels already do it, using sophisticated technology that can predict demand and set prices accordingly.

Think of the last time you bought an airline ticket. If you booked two weeks in advance, maybe you scored a low fare. But if you walk up to the ticket counter on the day of the flight, the price can triple. Likewise, a hotel might be less expensive during the offseason and pricier during the holidays.

“We continue to evolve the way we think about managing demand—particularly during our busiest seasons,” says Disney’s Brown. “In addition to continuing to expand, we are also exploring pricing options that could help spread out visitation throughout the year.”

Disney plans to begin surveying guests soon to find out what kind of demand pricing they would accept. The net result could be ticket prices that rise and fall with demand. Want to visit Disney World on New Year’s Eve? That could cost $200 a ticket. But if you wait a week later, the same ticket might cost only $50. Will that result in more “magical” moments for Disney guests, or is the opportunistic Scrooge McDuck running the park? Only time will tell.