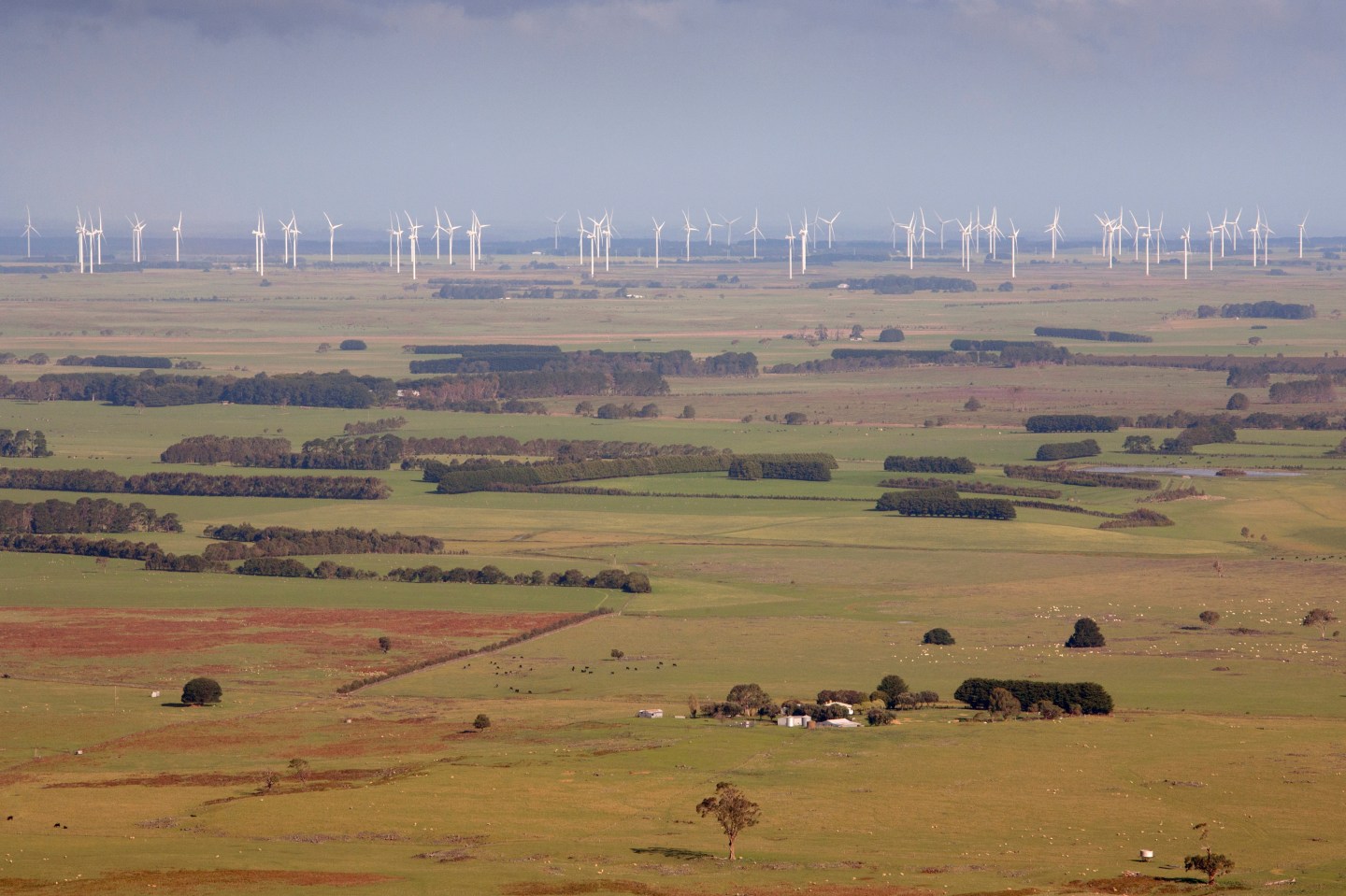 At the same time, solar panel farms aren’t quite low cost enough to be as competitive with fossil fuels as wind energy is. Still, the cost of electricity generated by solar panels has also come down significantly this year.

These are the findings of a new report from Bloomberg’s New Energy Finance research unit, which looks at the costs of electricity from various sources of energy around the world for the second half of 2015. The report focuses on the overall cost of electricity—from generation, to upfront investment, to the cost of financing—called the “levelised cost electricity,” or LCOE.

The new statistics are important because they show how, thanks to dropping technology costs and lower financing costs, clean energy is becoming mainstream. Wind farms and solar panel farms are no longer niche technologies.

As more countries and states enact market systems that put a price on carbon emissions, clean energy technologies will actually become cheaper than fossil fuel technologies. In fact, they already are in places like the U.K. and Germany, which have aggressive carbon policies.

These technology and market shifts will lead to one of the largest transformations ever for the world’s energy infrastructure.

Clean energy technology and financing costs will continue to drop, and more and more carbon policies will be put in place around the world. China just said that it will start a carbon market by 2017. Expect to see an acceleration of these numbers on Bloomberg’s report in 2016.

To learn more about solar energy watch this Fortune video: