Do today’s philanthropists hurt more than they help? 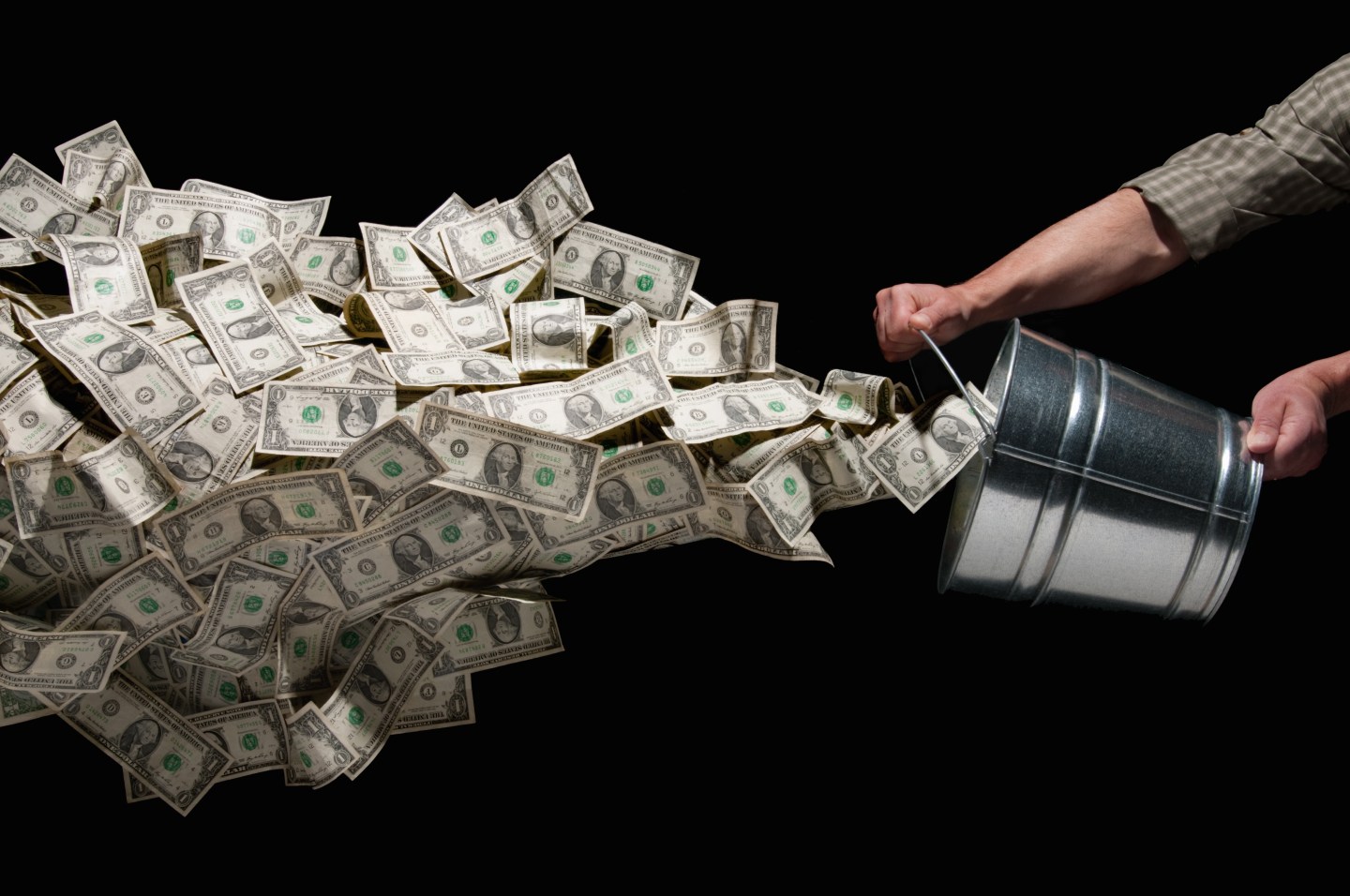 In one of his short stories, “Counterfeit Money,” Charles Baudelaire describes a fictional encounter between two friends who come across a beggar in the street.

In this short piece, the narrator and friend offer the beggar spare change, but the friend offers a much larger coin. The narrator commends him for his generosity. The friend accepts the compliment and then adds, once they’re out of earshot of the beggar, “It was a counterfeit coin.”

The narrator is astounded. Not only has his friend duped the beggar on purpose, what’s worse, he feels self-congratulatory for his gift. His satisfaction lies in the fact that the beggar doesn’t realize that he has been duped. The narrator sees that his friend’s “aim had been to do a good deed while at the same time making a good deal; to earn forty cents and the heart of God; to win paradise economically; in short to pick up gratis the certificate of a charitable man.”

Baudelaire’s story was written in the latter half of the 19th century, a time when industrialists such as Andrew Carnegie and John D. Rockefeller Sr. began channelling their vast fortunes into some of the greatest acts of philanthropy ever known. From Carnegie’s spending on public libraries to Rockefeller’s investment in biomedical advances, their giving helped to shift charity from the dispensing of alms in a largely unsystematic manner to a business in itself, overseen by paid philanthropic advisors.

Many did not feel grateful for the robber barons’ generosity, however. In his essay, “The Soul of Man Under Socialism,” Oscar Wilde berated the tendency of benefactors to use their charity as a bulwark against redistributive demands.

“The best among the poor,” Wilde wrote, “are never grateful. They are ungrateful, discontented, disobedient, and rebellious. They are quite right to be so … Why should they be grateful for the crumbs that fall from the rich man’s table? They should be seated at the board, and are beginning to know it.”

As philanthropy enters a second golden period, with the gifts from benefactors such as Bill Gates and Warren Buffett rivaling those offered toward the end of the gilded age, sceptics are starting to ask: Are Wilde’s and Baudelaire’s concerns still relevant? Are today’s philanthropists knowingly dispensing “false coins?” Are they trying to “pick up gratis the certificate of a charitable man?”

In most cases, the answer is a firm no. Charity is dispensed in good faith, with empathy toward close and distant strangers. And yet, at the same time, a new trend is growing: philanthrocapitalism, a more muscular philanthropy that seeks to combine profits with poverty alleviation. The effort to do a good deed while at the same time making a good deal is the driving impetus behind the new philanthropy. Another question Baudelaire raised still lingers: Who benefits more from charitable acts, the giver or the receiver?

At the forefront of the new philanthropy is the effective altruism movement, something upheld as radically different from earlier philanthropic approaches through a purportedly novel emphasis on measuring the results of giving. A pioneer in the movement is Peter Singer, the controversial bioethicist who has praised Buffett and Gates for being “the most effective altruists in history.”

His praise rests on the magnitude of their giving rather than evidence of their effectiveness. It’s true that in dollar terms, their generosity is jaw-dropping. Joel Fleishman points out in The Foundation that Buffett’s 2006 announcement of a gift of $31 billion to the Gates Foundation represented, in 2006 dollars, more than Rockefeller Sr. and Carnegie gave away combined.

But as a proportion of the overall U.S. Gross Domestic Product, the size of today’s foundations pales next to their predecessors. The Ford Foundation’s endowment in the early 1960s represented more than double the share of U.S. GDP in comparison to the Gates Foundation 50 years later. Ever since the 1970s, overall charitable giving in the U.S. “as a share of GDP has rarely strayed far from 2 percent,” Suzanne Perry points out in the Chronicle of Philanthropy, “despite the huge growth in the number of charities and fundraisers and periodic crusades to encourage greater giving.”

Corporations have become far stingier. Mark Kramer and Michael Porter pointed out in the early 2000s that corporate philanthropy as a proportion of corporate profits dropped since the 1980s. Since then it’s sunk even further, from 2.1% of pretax profits in the mid-1980s to 0.8% in 2013.

Singer’s presumption that Buffett and Gates are any more effective than earlier philanthropists isn’t backed by data. Some of the Gates Foundation’s work has led to measurable gains. Vaccination rates are rising; global child mortality has fallen—the foundation’s work in global health has contributed to these gains. But in comparison to government donors, Gates Foundation grants are a small drop in the global health landscape: The U.S. government has committed over $65 billion to global HIV/AIDs programs alone. That’s double the amount of overall giving by the Gates Foundation toward U.S. education, global health, and global agriculture since its inception.

To date, there has been far more hype than hard evidence about effective altruism’s achievements; its progress often seems to be measured and underpinned by self-sustaining feedback loops. Donors privilege what critics see as low-hanging fruit: aid projects where measuring the effect is relatively easy to do.

We hear a lot about the positive effects of different programs, such as the benefits of deworming efforts worldwide that were once thought to have contributed dramatically to education attainment in developing nations, until a recent review from independent health research group Cochrane cast doubt on that link. Far less attention is paid to counterfactuals, such as the cost to welfare programs when tax revenue is lost as a result of philanthropists receiving lucrative tax exemptions for pet projects.

Today’s philanthropy enthusiasts are never short on hyperbole. An organizer of a recent effective altruism conference at Google’s Quad campus in Mountain View reportedly averred that “effective altruism could be the last social movement we ever need.” But it’s clear that rises in global giving over the past 10 years have not made a dent in reducing economic inequality in rich nations such as the United States or Britain.

Individual philanthropic foundations have grown at a fast clip in the U.S. over the past 15 years: In that span, the number of individual foundations has doubled from about 40,000 to over 85,000. But this surge hasn’t helped alleviate extreme poverty. A 2012 report from the National Poverty Center at the University of Michigan points out that within the U.S., “the prevalence of extreme poverty rose sharply between 1996 and 2011.”

One of the biggest ironies facing 19th-century philanthropy was the question of whether growing charity simply exacerbated economic inequality by thwarting demands for better wages and the right to unionize.

Carnegie published his first “Wealth” essay, in which he urged the rich to share their spoils, just a few years before the Homestead battle of 1892, one of the bloodiest labor standoffs in U.S. history, where he brutally stamped out burgeoning union efforts even while liberally dispensing charity to his workers. “Paradoxically,” David Nasaw, Carnegie’s biographer, has pointed out, “Carnegie … became, if anything, more ruthless in pursuit of profits once he had determined that those profits would be distributed during his lifetime.”

“In remonstrating that only the millionaire could be trusted to dispense his millions, and that whatever that millionaire thought ‘best’ was best,” Nasaw adds, “Carnegie was promulgating a profoundly antidemocratic gospel, almost feudal in its paternalism.”

Effective altruists insist that private charity is the best means for improving livelihoods. ‘Today’s philanthrocapitalists see a world full of big problems that they, and perhaps only they, can and must put right,’ Matthew Bishop and Michael Green write in Philanthrocapitalism: How Giving Can Save the World, a book that’s become something of a bible for the new philanthropists.

In contrast to claims of novelty, the results-oriented approach of today’s donors is little different than Carnegie or Rockefeller, who were both outspoken about the need to give away their money in an efficient and effective manner.

And just as in Carnegie’s day, philanthropy is often upheld as justification for gross profiteering.

“I donated a total of $5,000,000 to various causes recently. Looking forward to telling you all about it,” Martin Shkreli, the CEO of Turing Pharmaceuticals who was vilified for raising the price of Daraprim by 5,000%, tweeted in mid-September.

This is a prime example of philanthrocapitalism in action: the use of philanthropy to thwart attention to business practices that hamper access to life-saving medicines. And much like in Carnegie’s time, many aren’t buying it.

Linsey McGoey is the author of No Such Thing as a Free Gift: The Gates Foundation and the Price of Philanthropy, on sale from Verso Books on October 20th.