Carly Fiorina says she is ‘horrifying to liberals’ 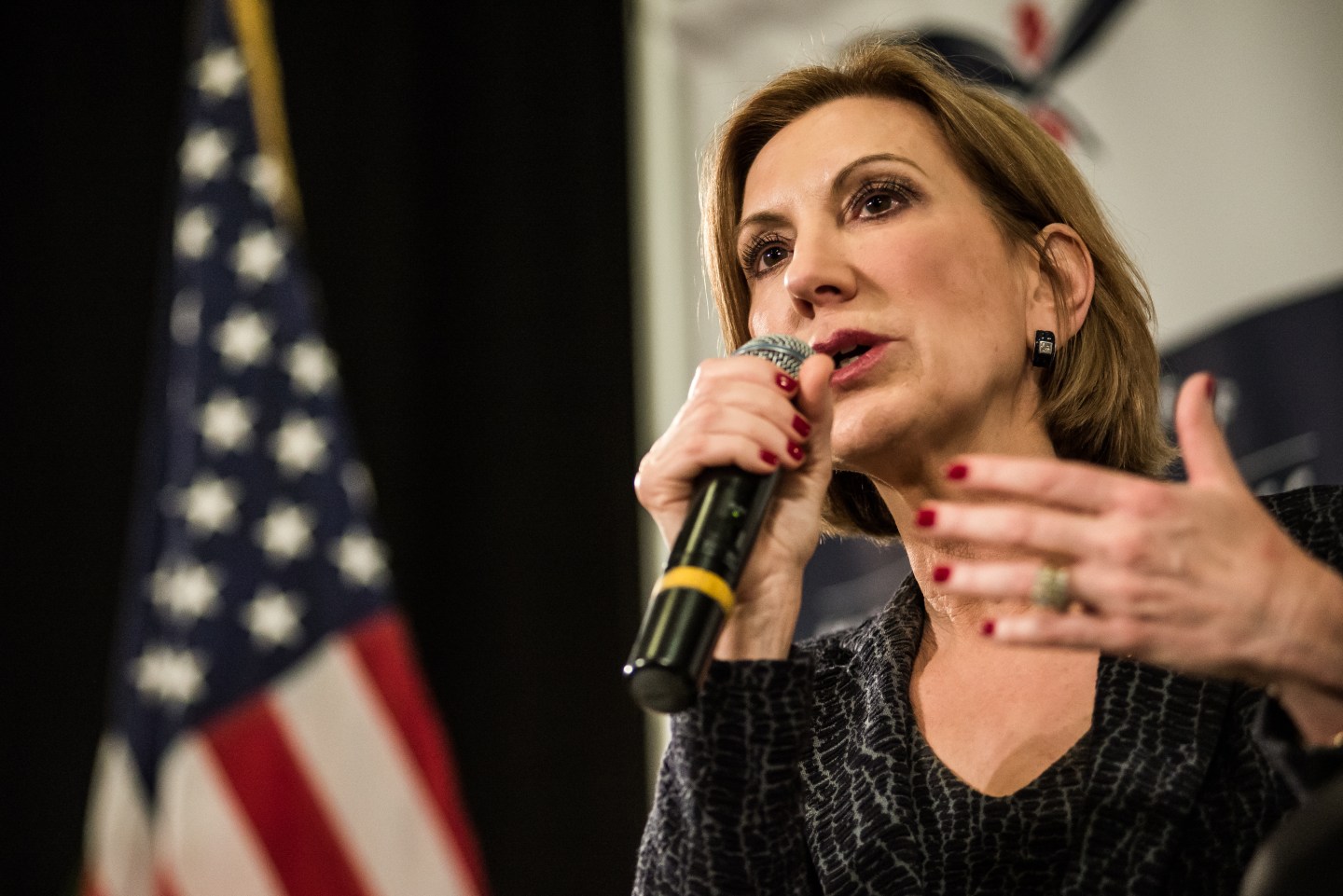 Carly Fiorina has had a pretty good last few months. Two strong debate performances, soaring poll numbers and increasing speculation that even if she doesn’t win the Republican nomination, she’ll be the leading candidate for the GOP’s vice-presidential nomination.

Now she has another reason why she thinks Republican primary voters should support her.

“I’m distinctly horrifying to liberals,” the former HP CEO said to Megyn Kelly on Fox News yesterday, reported Politico. Her justification for this statement? She is currently beating Hilary Clinton, the leader in most Democratic primary polls, in a head-to-head matchup in Iowa.

Now, to be fair, a head-to-head lead in Iowa for the general election isn’t really that big of a deal — Iowa has just 6 electoral votes, and it’s not like this is a poll showing Fiorina beating Clinton in a state that is traditionally safely Democratic. Iowa voted for the Bush/Cheney ticket in 2004, and is almost always considered a battleground state.

Still, Fiorina isn’t wrong that she would have a distinct advantage in an election against Clinton in that either way, America would be getting its first female president. While this wouldn’t completely take away Clinton’s high ground on some issues impacting woman — reproductive rights, for instance — it would take away the “be part of something historic” factor to Clinton’s campaign.