Here are the important numbers that make up the TPP 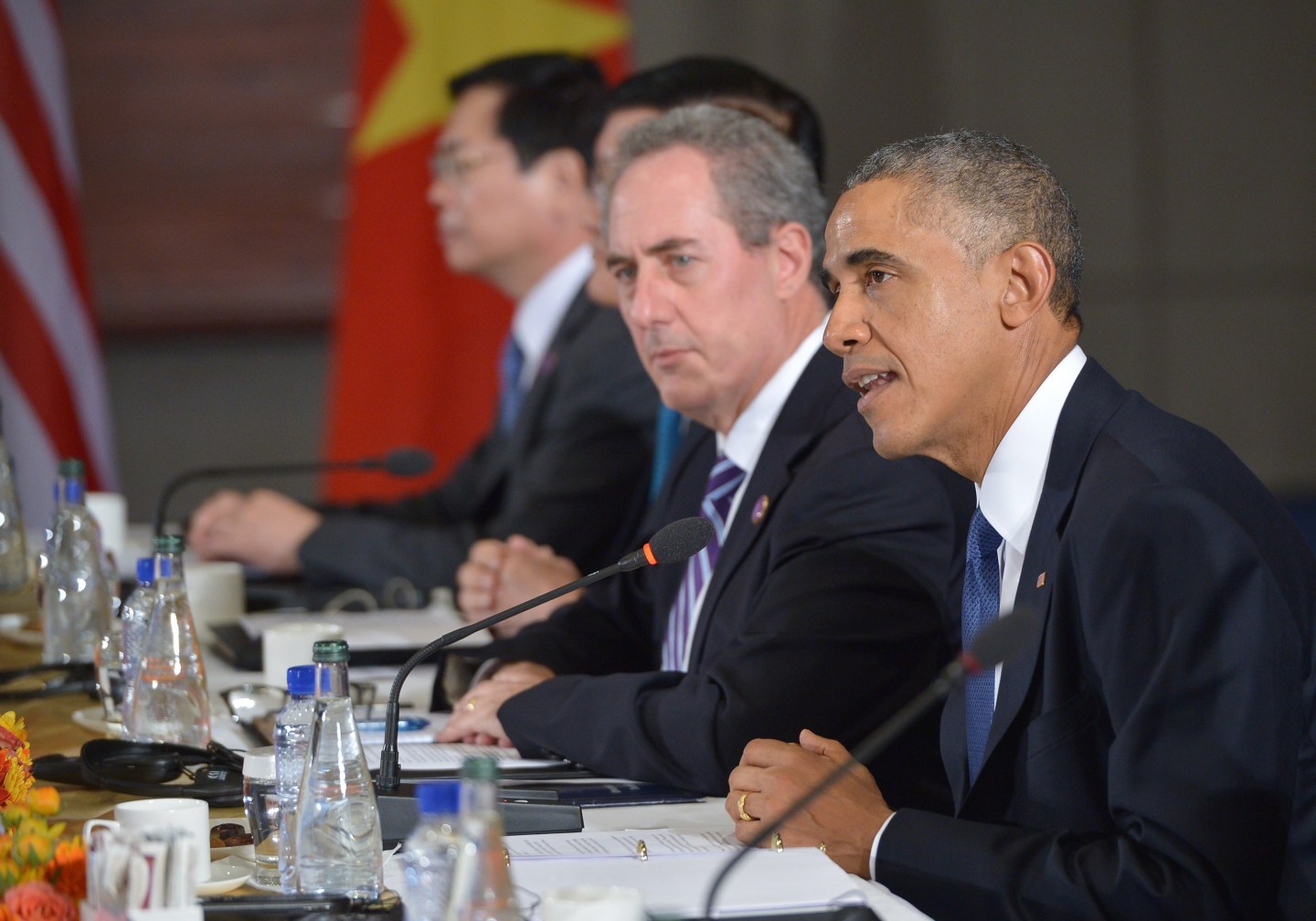 The Trans-Pacific Partnership trade deal has been struck between the U.S. and 11 other Pacific Rim economies, marking the largest trade deal signed in two decades.

The trade deal must still pass through Congress debates, but if agreed to, the accord will remove import trade tariffs, tie East-Asian economies to global labor laws, protect corporate intellectual property and deal with environmental and trafficking abuses in participating nations. It is U.S. President Barack Obama’s key attempt to bridge the gap between the U.S. and Asia-Pacific trading partners, while remaining competitive against China’s growing influence in the region.

Here are the numbers that stand out for the TPP:

This is the combined GDP of all nations under the TPP deal: Australia, New Zealand, the US, Peru, Chile, Mexico, Canada, Singapore, Brunei, Malaysia, Vietnam and Japan. Together, they represent nearly 40% of the world’s total GDP, and account for around one-third of the world’s trade.

According to the White House, the TPP stands to eliminate more than 18,000 taxes on Made-in-America exports. This means that import taxes – or tariffs – imposed on U.S. products are set to be removed for a host of industries, including manufacturing, agricultural and automotive, to name a few. For example, the TPP removes tariffs that could be as high as 59% on U.S. machinery product exports to TPP countries, potentially increasing the industry’s export dollars reaped last year from TPP countries, which reached $56 billion last year. Other potential tariffs the TPP could remove: 40% taxes on U.S. poultry products, 35% on soybeans, 40% on fruit exports, 70% on U.S. automotive products exports, and 35% on U.S. information and communication technology exports.

This is the minimum wage floor in Vietnam, one of the participating TPP countries, and has become a number to show the impact (or lack thereof) that the TPP wields. The deal addresses labor issues in countries like Vietnam and Malaysia by asking them to submit to worker standards, such as collective bargaining, minimum wages, and to raise workplace standards on forced labor and excessive working hours. However, critics – such as Democratic presidential candidate Bernie Sanders – have railed against the TPP’s ability to protect U.S. worker rights, and that it will actually “make the race to the bottom worse” with regards to minimum wages. Labor will be a key talking point in Congress.

One of the big sticking points in the TPP has been the years of protection afforded to pharmaceutical companies on their biologic drug patents. The U.S., with the support of leading pharmaceutical companies, was seeking 12 years of protection. But this met opposition from countries such as Australia and New Zealand, who want to bring down the drug costs and introduce lower-priced biosimilars – essentially cheaper copies of the original – to the market. The concession in the TPP, according to the New York Times, say the protection is now between five to eight years.