Advice for Greece: Don’t let a crisis go to waste 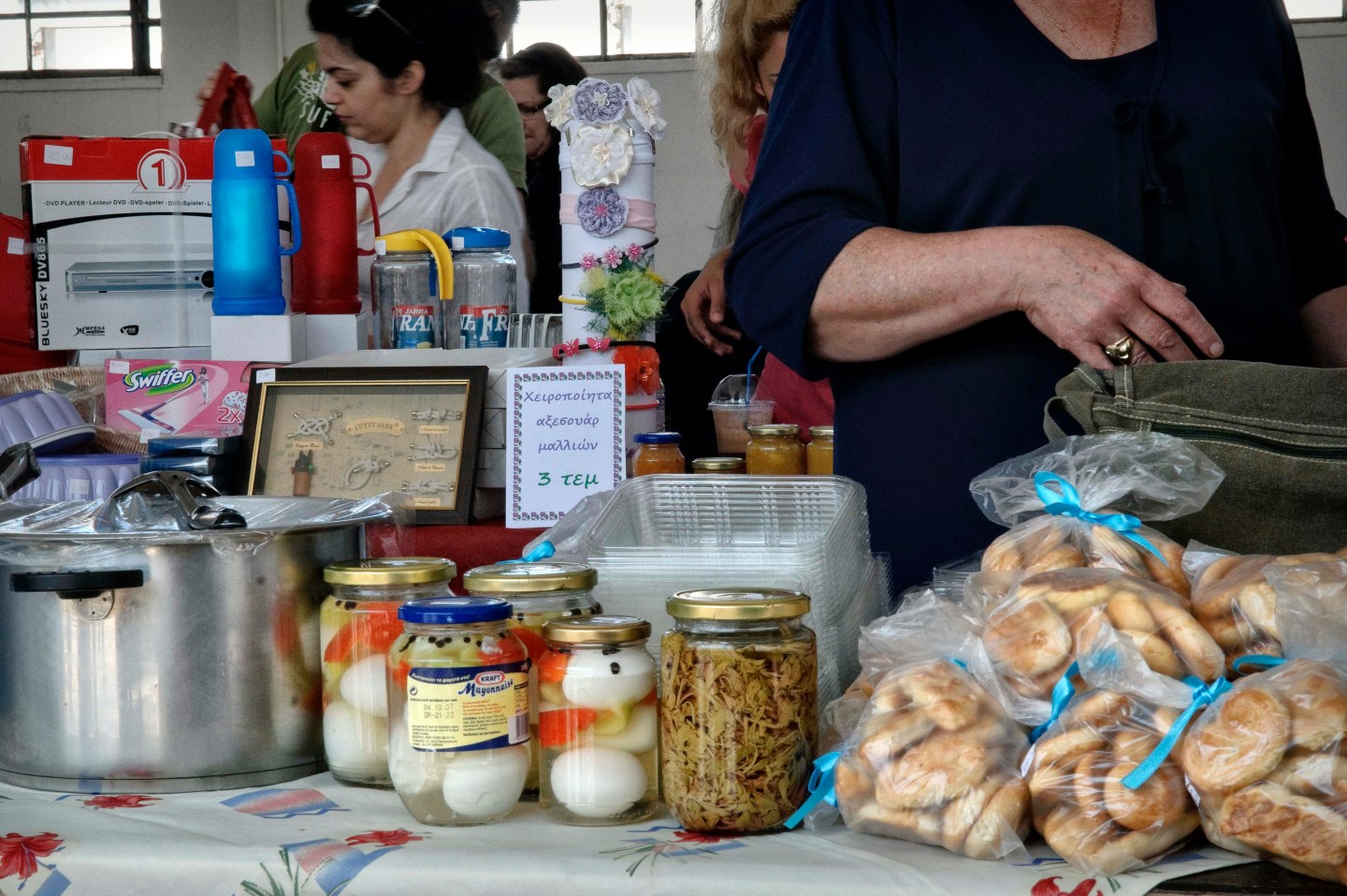 Women stand by their products at a bartering bazaar in the central Greece's city of Volos.
Photograph by Despoina Vafeidou—AFP/Getty Images

Whether Greece stays in the Eurozone and accepts its bitter medicine or is one day forced to exit the single currency, the country’s future is usually regarded as bleak. Either course seems to promise years of hardship and privation for the Greek people.

From another perspective, though, one could see opportunity for Greece. “Never let a crisis go to waste,” is a quote attributed to Winston Churchill, who knew something about crises. Greece today has a chance to turn adversity into advantage. With change in the air, it will be easier for the country’s institutions, government leaders, and people to abandon some of the failed approaches of the past and to embark in new directions.

A strategy that has worked elsewhere and that Greece would be wise to consider is one based on innovation and entrepreneurship. To accomplish this, the country will need to gradually shift its focus away from its macroeconomic problems and toward the task of creating an innovation ecosystem. In such an endeavor, Greece fortunately has some valuable resources on which to draw.

No one doubts the entrepreneurial spirit of the Greek people. Greek-owned businesses, large and small, are found not only in Greece but also around the world. The Greek diaspora – which includes many entrepreneurs in innovation hubs like London – could be of great help in the country’s recovery at home. Also, as government jobs dwindle in Greece, individuals will be motivated to adopt an entrepreneurial approach and start their own businesses, some of which might become job-creating innovation-driven enterprises (IDEs).

Greece has another key element of a successful innovation ecosystem: higher education. It is the birthplace of academia in the western world – starting with Plato’s academy, where Aristotle studied – and the country today is home to more than 20 universities. Although budget cuts have taken a toll on the higher education system generally, the country’s universities still conduct world-class research, which can fuel an innovation economy. Unleashing the universities to drive innovation toward the market is a key move. And educating its young people in innovation and entrepreneurship is another.

Risk capital is another critical component of innovation-driven entrepreneurship. Capital may appear to be in short supply in Greece today given the high levels of debt and interest payments, but ‘risk capital’ – a key form of lower volume, higher risk-taking money – could still be encouraged. Government can help by its revisiting regulations on risk capital investing and by establishing targeted tax breaks for the kinds of investments – e.g. angel investing – that would promote an innovation-driven economy and bring money back into Greece from around the world.

Greece’s government has an important role to play in the process. The country’s leaders are necessarily preoccupied with the debt crisis, but after a structural reform plan is in place and some semblance of stability restored, the government needs to turn its attention to policies that can nurture an innovation ecosystem. These might include easing any regulations that deter angel investing, ending those that might act like ‘non-compete agreements,’ and ensuring that bankruptcy rules do not deter would-be start-ups.

Entrepreneurs also need access to markets, and as long as Greece remains in the European Union’s single market (even if Eurozone membership is sometimes questioned), it is in a favorable position. With barriers so low for trade across Europe’s integrated market, Greek entrepreneurs should find opportunities to sell their products and services. Greece also has its share of large and medium-sized domestic corporations, which are often the first major customers for local start-ups that emerge in an innovation ecosystem.

Phil Budden is a Senior Lecturer at the MIT Sloan School of Management and is global diplomatic advisor to MIT’s Regional Entrepreneurial Acceleration Program [REAP]. By working with key stakeholders in regions, REAP promotes innovation-driven economic development in countries around the world.