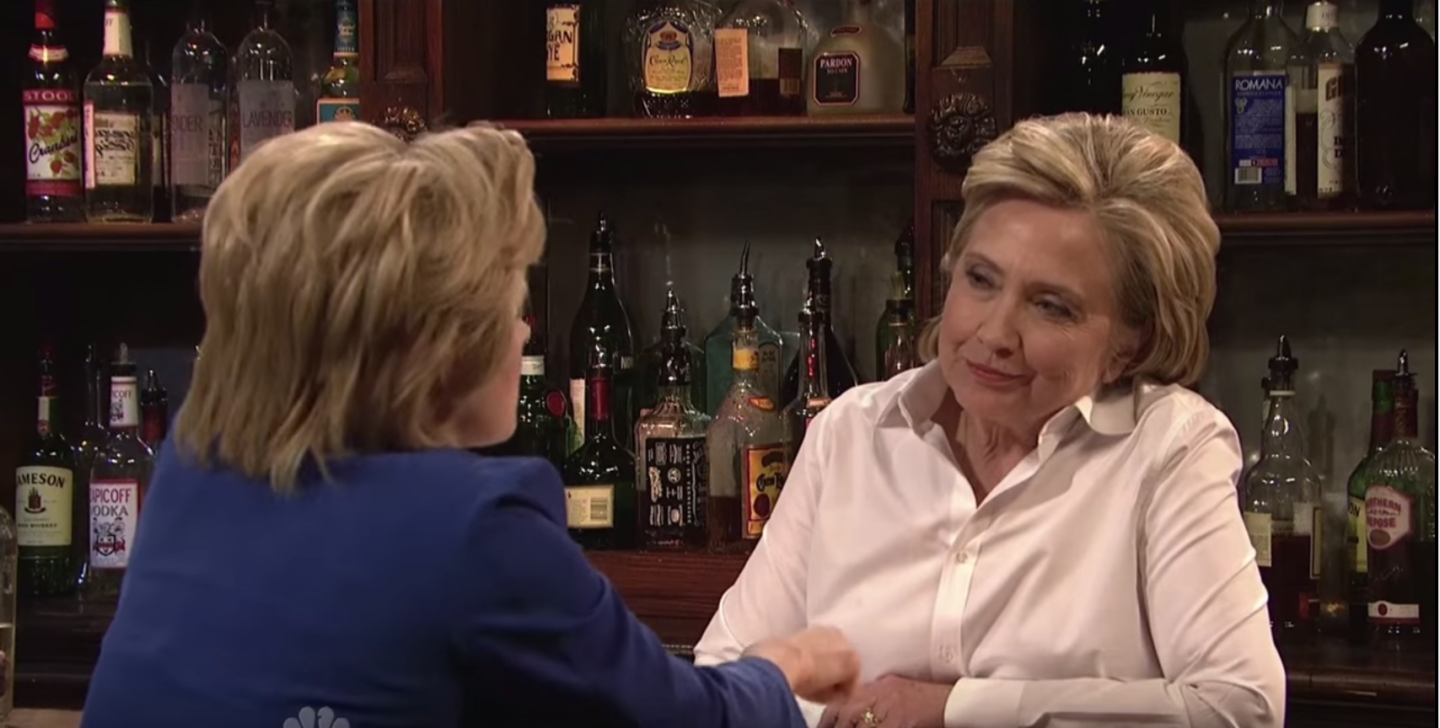 No one can say Hillary Clinton takes herself too seriously.

The stressed-out, over-the-top Hillary Clinton played by McKinnon lets her guard down with Clinton’s character Val, and the two play off the criticisms often levied at the democratic frontrunner.

For example, on the topic of the Keystone XL pipeline, the Hillary character says frankly, “It took me a long time to decide that, but I am against it.” The real Hillary replies, “You know, nothing wrong with taking your time, as long as you get it right.”

On the topic of gay marriage, when Val applauds Clinton for supporting gay marriage for as long as she has, Clinton replies “I could have supported it sooner,” giving a nod to the critics that say the Clinton has flip-flopped on the issue. The real HRC agrees, saying “fair point.”

Yet the highlight of the segment was the real Clinton’s impression of Republican frontrunner Donald Trump. When McKinnon’s character says she is “bummed” that all anyone ever wants to talk about is Trump, Clinton seems taken aback that he gets so much attention, and asks, “Isn’t he the one that’s like, ‘ugh, you’re all losers’?” The phrase is a nod to Trump’s reality show, The Apprentice, and his famous line, “You’re fired.”

Trump didn’t respond to the joke outright, but re-tweeted a supporter saying, “I think I just heard [Donald Trump’s] ratings go up another 5%.”