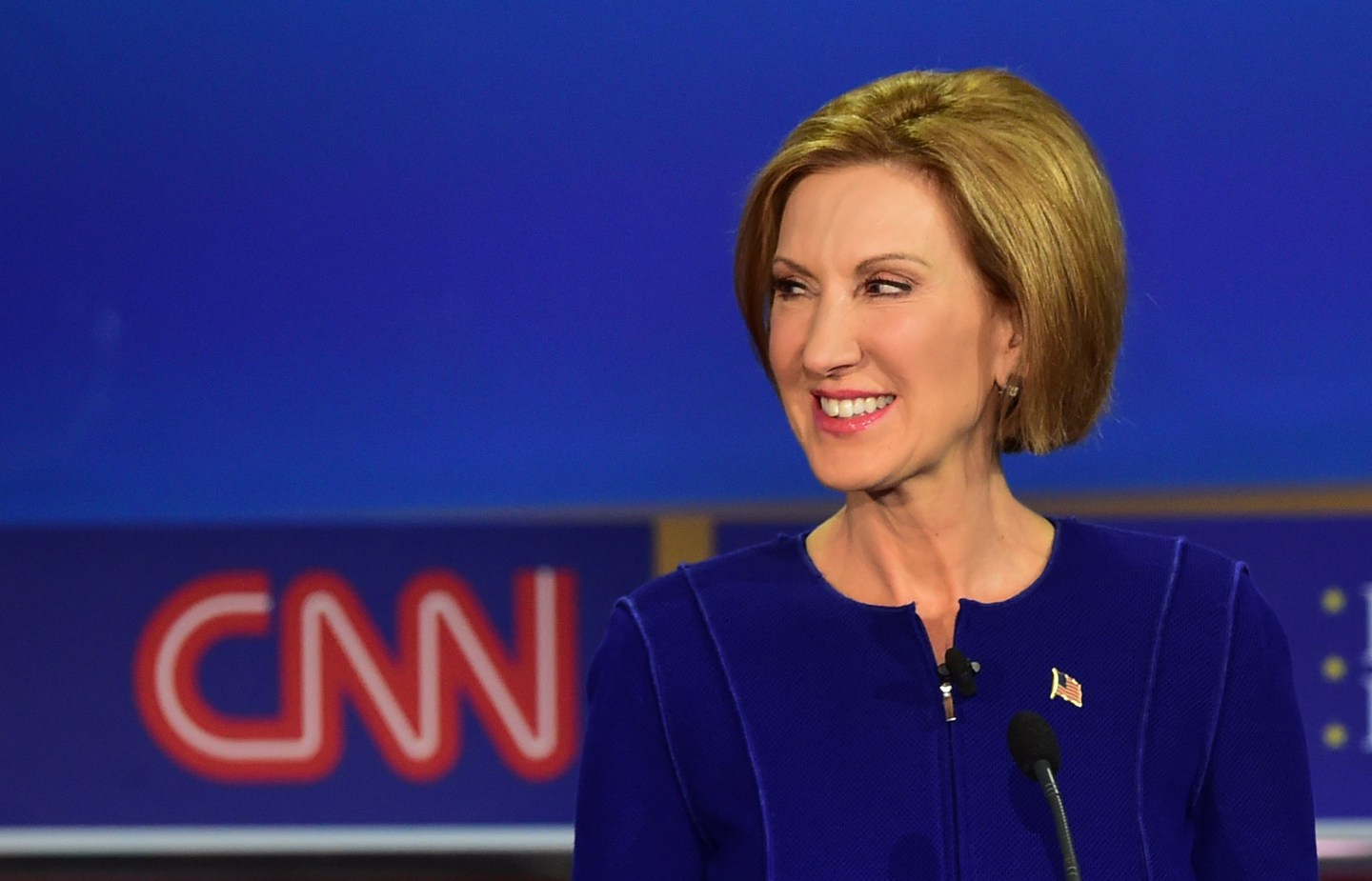 Carly Fiorina has emerged as the Republican candidate of the moment in conservative fundraising circles, drawing the notice of the billionaire Koch brothers and other wealthy donors who could instantly remake her shoestring presidential campaign.

Fiorina’s show-stealing performance in a Republican presidential debate last month, and her subsequent surge in the polls, has prompted industrialists Charles and David Koch to take a “serious look” at the former Hewlett-Packard chief executive, according to three sources close to the brothers.

Other politically powerful mega donors are also lining up.

Texas oilman T. Boone Pickens hosted a packed luncheon at a posh Dallas venue for Fiorina in late September, while venture capitalist Tom Perkins is planning a fundraising gala in California in the next few months.

“My money is on her,” said Perkins, who served on HP’s board during Fiorina’s tenure. “I think she could be president.”

As the only woman on stage at the Sept. 16 debate, Fiorina emerged as the most effective candidate in taking on front-runner Donald Trump, chastening the celebrity real estate magnate for his controversial comments about her looks.

“The emails have not stopped” since then, said seasoned California political fundraising consultant Karolyn Dorsee, who is working on behalf of several Republican presidential candidates, including Rubio and formerFlorida Governor Jeb Bush. “Everybody wants her, nationwide, in every single state.”

Even before her rapid rise in the polls – she has vaulted to second place in the key early voting state of New Hampshire – Fiorina had already garnered about $2 million in support from the likes of reclusive hedge fund baron Robert Mercer and former Univision CEO Jerrold Perenchio.

Fiorina’s campaign now appears far less of a long-shot than it did over the summer, when she was struggling with sparse crowds, scant name recognition and a coffer of just $5 million that put her at the bottom of the money race.

Her campaign thus far has been a bare-bones operation, relying on a young, relatively low-paid, skeletal staff as opposed to the sprawling operations built by more well-endowed candidates like Bush.

Support from the Kochs would change her operation overnight.

The Kochs have been keeping a close eye on Fiorina ever since she announced in May, the Koch sources said. They extended an invite to her to speak at their exclusive summit of rich donors at an oceanfront luxury resort in August along with Rubio, Bush, Wisconsin Governor Scott Walker, and Texas Senator Ted Cruz.

Fiorina, the lowest polling candidate at the gathering, impressed the big money attendees with her mastery of policy detail and heavyweight stage presence. “She’s good in the room,” said one participant at the event, who declined to be named.

The Fiorina campaign, and the independent fund-raising Super PAC supporting her, declined comment.

The Kochs, who own America’s second-largest private company, have backed Fiorina in the past, notably when she ran unsuccessfully against incumbent Democrat Barbara Boxer for her California Senate seat in 2010.

At the time, the Kochs had helped mount a campaign for Proposition 23, a ballot measure designed to suspend the state law banning higher carbon emissions that was ultimately defeated. Fiorina also supported the measure. A Koch Industries PAC helped sponsor a Washington fundraiser for Fiorina at the time and gave $10,000 to her campaign.

As Fiorina’s money problems fade, some high dollar donors who have already contributed are now considering doubling down. Dallas philanthropist Elloine Clark has so far written one $100,000 check to the Super PAC supporting Fiorina. She says she may give more. “I think she’s unflappable,” said Clark. “And she doesn’t react like an adolescent.”