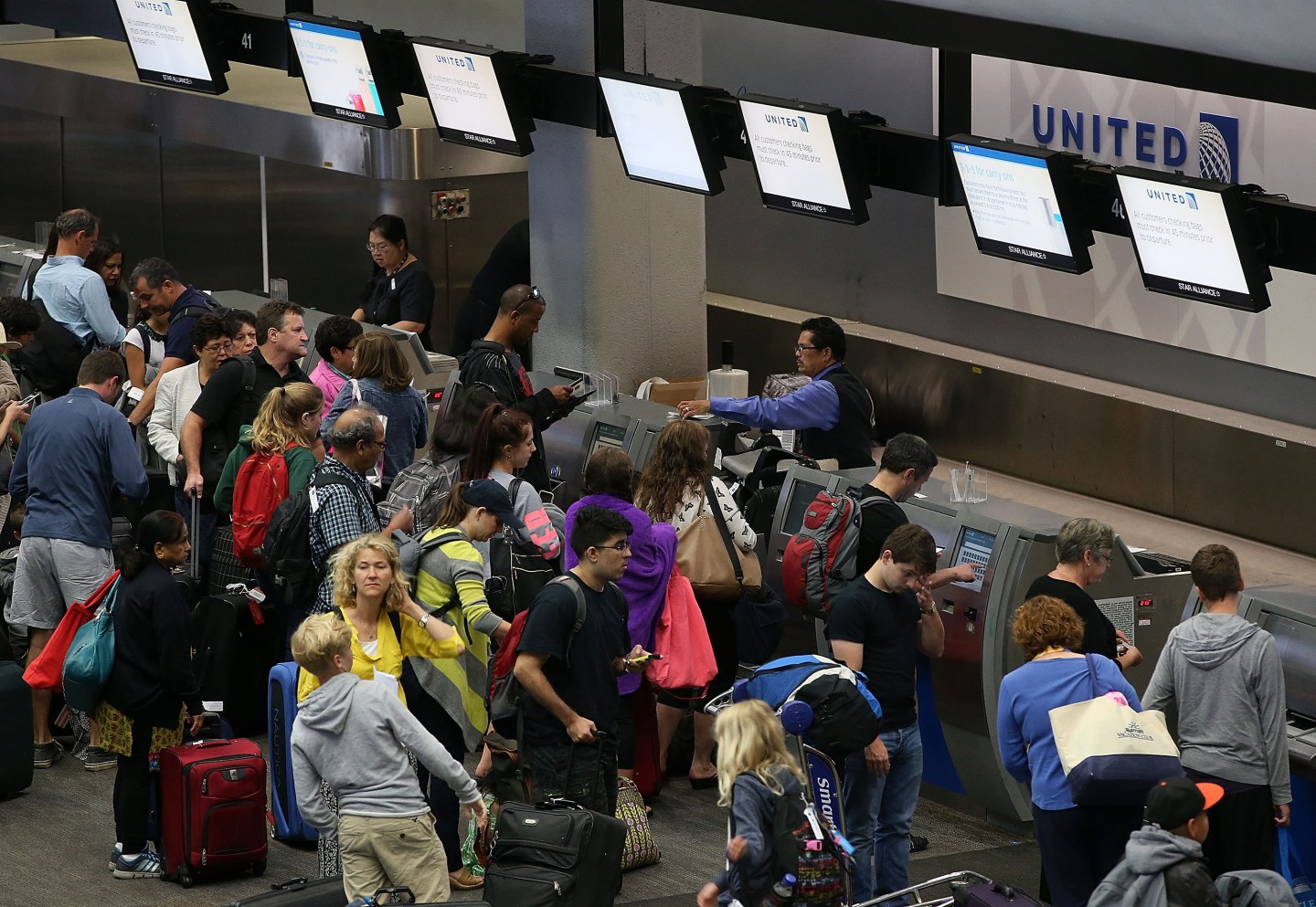 United Airlines CEO Oscar Munoz looked straight into the camera, and apologized. “Let’s be honest, the implementation of the United and Continental merger has been rocky for customers and employees. While it’s been improving recently, we still haven’t lived up to our promise or our potential,” he said in his video message.

He paused. “That’s going to change.”

Since he took over in Sept. 8 , Munoz has been working his way through the airlines’ network to canvas employees for concerns and to see first-hand long-standing customer and employee complaints. In a letter to his staff, Munoz promised he’s been listening intently to internal feedback. “I recognize that the journey hasn’t always been smooth and it won’t be fixed in a day,” Munoz said in the memo.

Now, United Continental Airlines have taken the first steps towards opening this discussion to the public. Full-page ads were taken out in 13 publications with a personal letter from Munoz, and the company has launched a new website, UnitedAirtime.com, that invites customers to leave feedback, and updates flyers with the latest moves to meet their concerns.

So what do consumers think? Based on comments left in the FlyerTalk forum – a popular online board for frequent flyers — customers have some mixed feelings. On the one hand, some give Munoz credit for publicly acknowledging the rocky marriage between United and Continental (the two merged in 2010). Many observed this was the first time anyone from the company had publicly implied that the merger has been a failure so far. “The video is the first official company admission that they screwed up the merger. This is fantastic. Perhaps there is hope after all,” said a user named ‘channa.’

“I 100% agree, and the change is [in] tone, and frank admission United has horribly bungled things is striking,” replied ‘spin88.’

The response to UnitedAirtime.com as a set up for a customer dialogue, however, has been more hesitant. The site has already started answering questions posed by customers, although whether this is actually Munoz on the keyboard is unclear. In his video message, he said he would personally answer questions. A United representative wasn’t immediately available for comment.

UnitedAirtime responded to questions about the move from JFK (“there wasn’t a clear path to return to profitability”), baggage delays (“we are working to develop a customer facing baggage-tracking application”) and spotty in-flight WiFi (“we aren’t where we want to be”).

Whether United can turn the ideas and answers in this channel into action will be the true test. And some jaded flyers have remarked that the answers on UnitedAirtime sound a little like the past.

“If they really wanted to hear from us, you wouldn’t be capped at 1000 characters and there would be an option to submit details so they could follow-up with you,” said ‘uber1k_Flyer‘ on the FlyerTalk message board.

Still, one point that Munoz made in his interview with Chicago Tribune has been unanimously welcomed by most commenters: that United’s on-board coffee is going to change. “The evil brown swill was symptomatic of an airline that just didn’t give a you-know-what about its customers,” wrote ‘Kacee‘ on FlyerTalk.