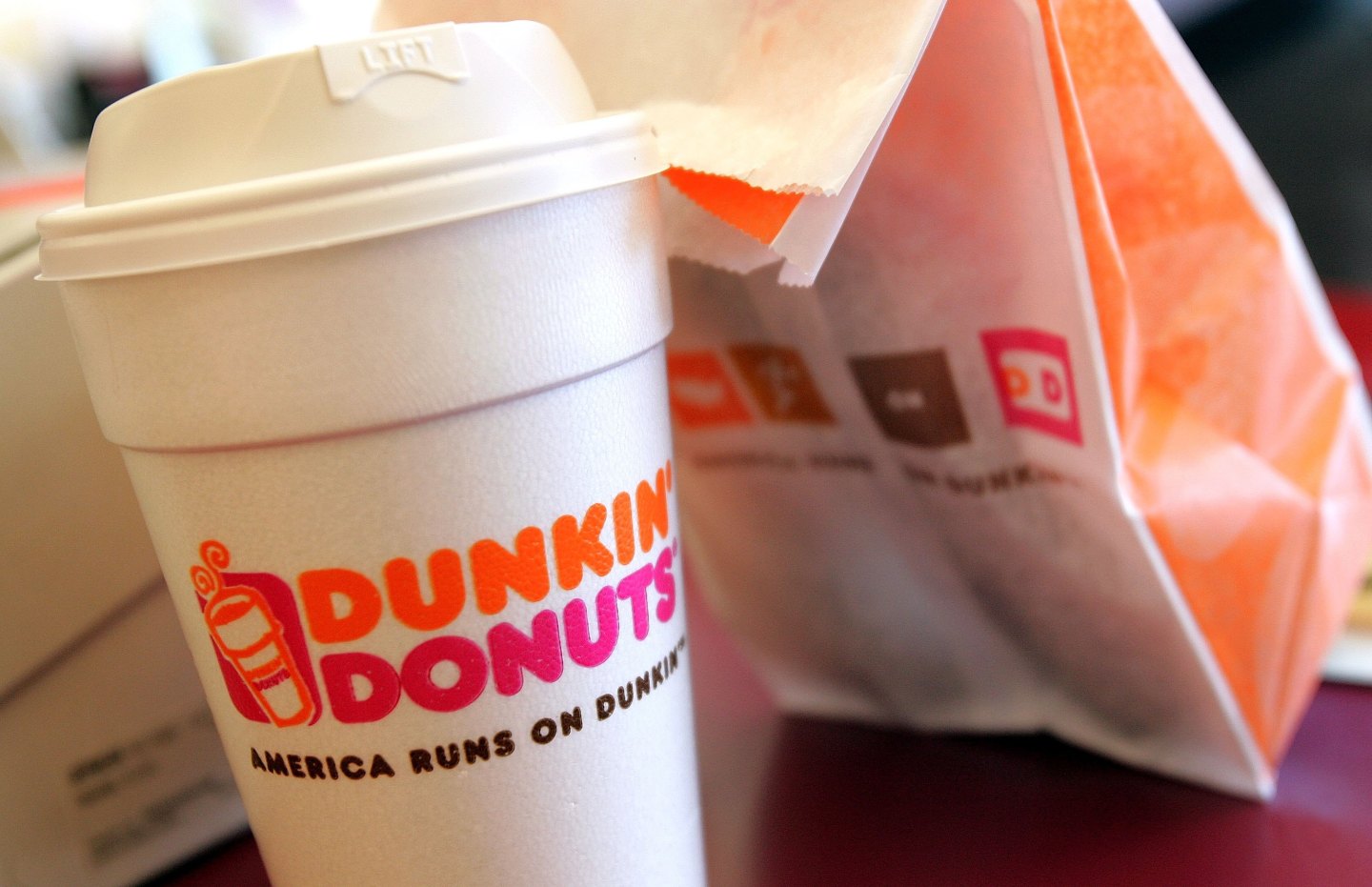 CHICAGO - SEPTEMBER 07: A cup of Dunkin' Donuts coffee and a donut bag sit on a counter September 7, 2006 in Chicago, Illinois. In an effort to compete with Starbucks in the lucrative coffee market, Dunkin? Donuts has announced a goal of opening more than 10,000 new stores in the U.S. by 2020. (Photo by Tim Boyle/Getty Images)
Photograph by Tim Boyle — Getty Images

Nigel Travis, the CEO of Dunkin’ Brands, told TheStreet that his franchise owners are less-than-happy about minimum wage increases for their empoyees.

“There is anxiety over minimum wages, so franchisees have increased prices a lot, probably in some cases beyond our recommendation — so that perhaps erodes some of our value perception,” said Travis in an interview with TheStreet.

This isn’t the first time Travis has come out against the minimum wage increase. In July, he said in an interview, “it’s going to affect small businesses and franchises.” And added, “I don’t want to sound threatening about that.” At the time, Travis said that it could prevent the company from hiring more employees going forward. “A debate needs to take place about how to tackle income inequality,” he continued in the interview.

The comments come as Dunkin’ shares dropped 12% on Thursday due to slow sales growth during the third quarter. Menu prices have, indeed, grown to meet the higher employee pay, according to the article.

Travis also pointed to a bird flu virus that caused a shortage of eggs, which increased menu prices and may have led to reduced sales.

Earlier this year, New York State said it would increase minimum wage for fast-food employees to $15 per hour in the next few years. In July, Fortune examined what the boosted minimum wage would mean for menu prices.