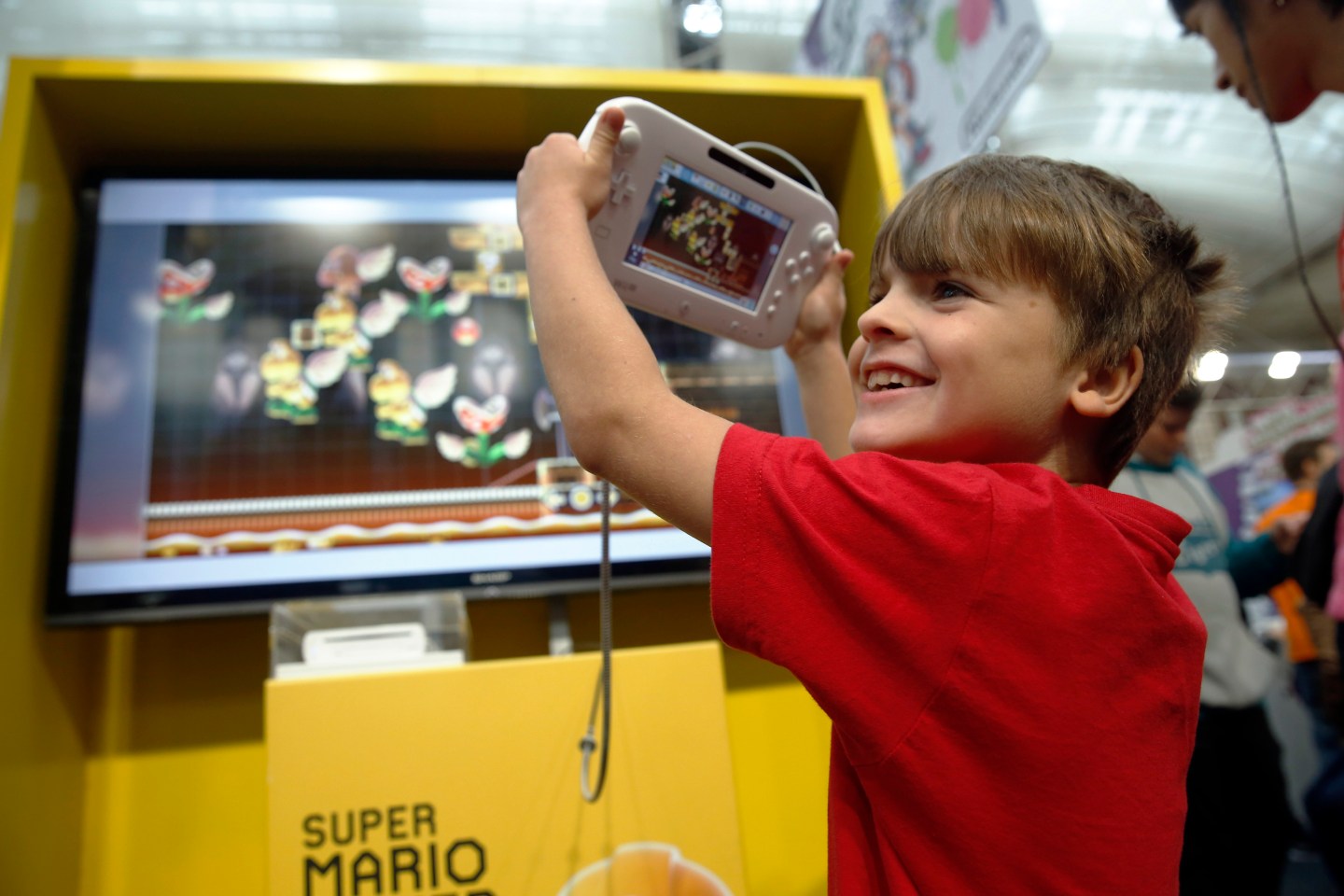 A visitor reacts as he plays Super Mario Maker, developed and published by Nintendo Co. for the Wii U, at the Legends of Gaming Live event in London, on Saturday, Sept. 5, 2015.
Photograph by Bloomberg via Getty Images

The newest Mario game from Nintendo is unusual, surprising, and maybe even, to some gamers, a departure from the Mario franchise they know and love. But that didn’t stop 1 million people from purchasing it in the first two weeks of its release.

Nintendo announced Wednesday that Super Mario Maker, its new game for the Wii U in which players build their own Mario levels, has sold 1 million units globally.

Super Mario Maker launched in the U.S. on September 11. Since that time, the 1 million “fan developers,” as Nintendo calls them, have created a combined 2.2 million Super Mario courses that have been played 75 million times.

“The game has captured and unlocked the imaginations of gaming fans of all ages,” says Reggie Fils-Aime, COO of Nintendo of America, who adds that the game’s premise has “brought their dedication to Nintendo to a whole new level.”

Super Mario Maker lets fans design levels in four different Super Mario styles, then play those levels and upload them for others to play. It’s a premise that wouldn’t necessarily be an obvious hit—but the sales prove otherwise.

The game’s success also shows how much has changed in gaming technology: the first three Super Mario games were all designed by hand, on graph paper.