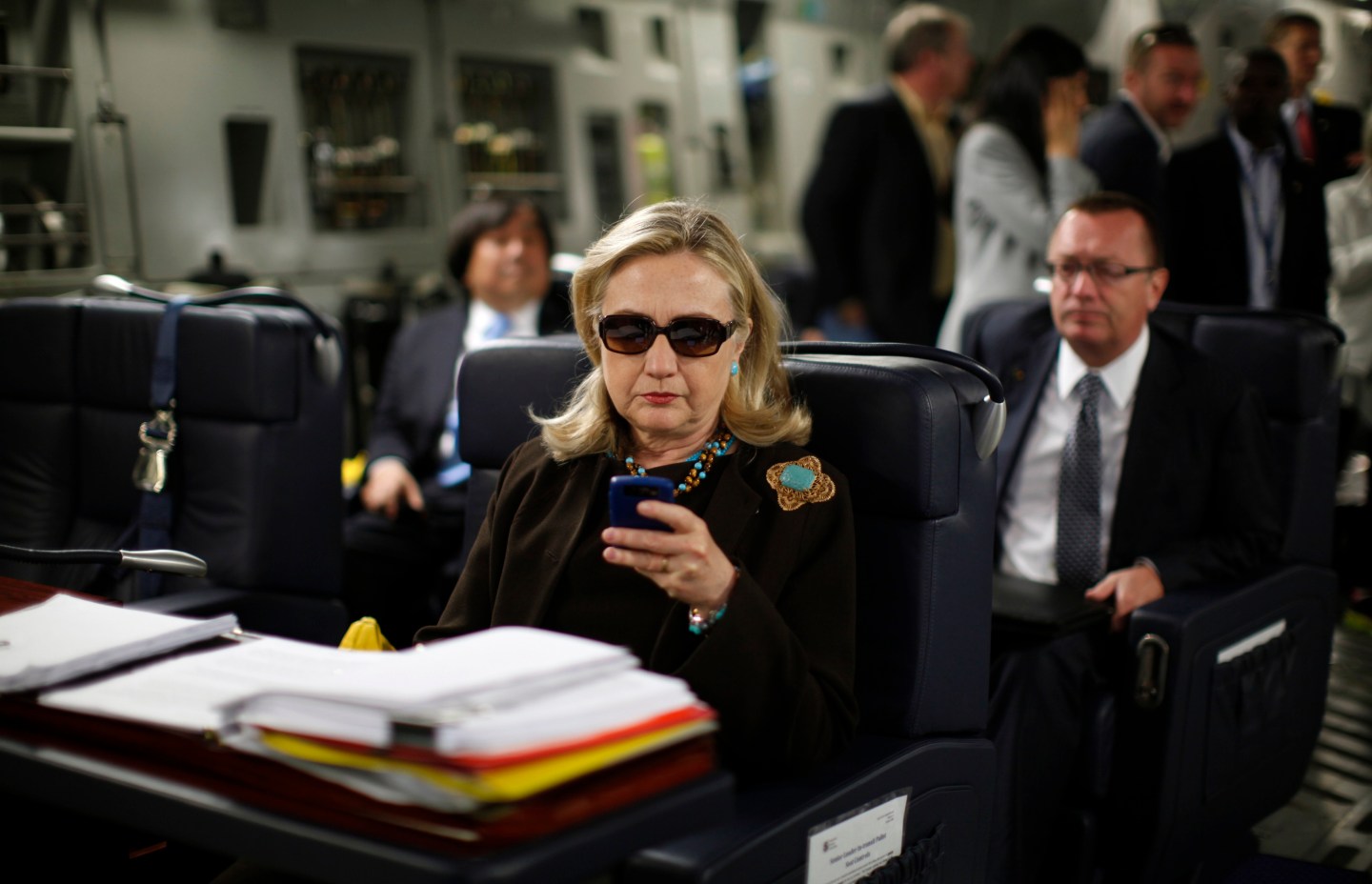 In the latest batch of released emails from former Secretary of State Hillary Clinton’s private account, it appears that her longtime aide Huma Abedin messaged from the address on at least one occasion, according to the Guardian.

In a message dated November 11, 2o10, Abedin appears to have sent a message to Clinton foreign policy aide Jake Sullivan on behalf of Clinton. “Hey it’s Huma. She can’t talk right now. She will call when she gets in car. What flight u [sic] on? Can u email me on other email?”

So it appears that Huma had access to — and at times was using — Hillary Clinton’s personal email account. pic.twitter.com/5j7RcqDcaG

In another email, things get sticky when current CEO of the New America Foundation emailed Clinton to aide Cheryl Mills discussed that “NO ONE” uses a “State-issued laptop” due to “antiquated” technology.

On a more positive note, Facebook COO Sheryl Sandberg emailed Mills and Clinton to praise the Secretary of State for being a role model and to invite her to a dinner. Sandberg, a vocal supporter of hers, even made mention of Fortune. In an email dated February 16, 2011, Sandberg mentioned a 2008 story by Fortune’s Pattie Sellers about her Women of Silicon Valley events. You can read the full letter here.