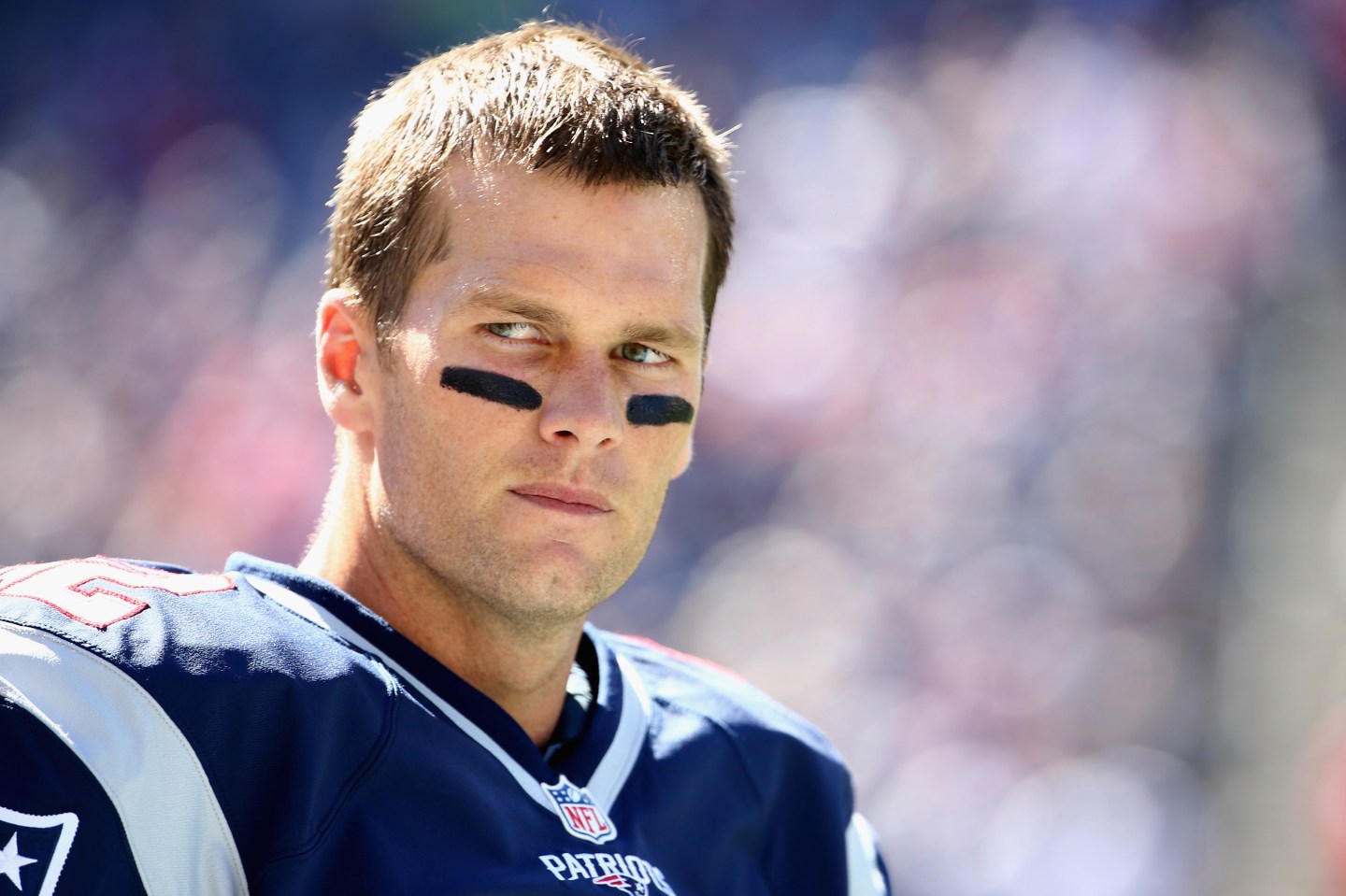 FOXBORO, MA - SEPTEMBER 27: Tom Brady #12 of the New England Patriots looks on during the first quarter against the Jacksonville Jaguars at Gillette Stadium on September 27, 2015 in Foxboro, Massachusetts. (Photo by Maddie Meyer/Getty Images)
Photograph by Maddie Meyer — Getty Images

In a radio interview on Monday, NFL quarterback Tom Brady said that an earlier comment he made supporting Republican presidential candidate Donald Trump was exaggerated by the media, ABC News reports:

It’s just a different world than when I started in professional football. Even an off-handed comment like that, like you said, that people may run with. And I understand why people do run with it because you get the clicks and that type of stuff. It’s just people doing their job. A comment like that, I try to have fun with certain things.

Brady was questioned about whether he wants Trump to win the election after a photographer spotted a “Make America Great Again” hat in his locker. He said that he hopes he will. Trump and Brady have been friends for over 10 years.

Many assumed that meant Brady would vote for the real estate mogul in the upcoming election. He addressed that assumption in Monday’s interview, but did not disclose which candidate he would vote for, if he does end up voting:

One way or another, it’s so far away from when the election will be. Whatever I vote is going to be my own personal choice based on how I feel. I don’t even know what the issues are. I haven’t paid attention to politics in a long time. It’s actually not something that I really even enjoy. It’s way off my radar.