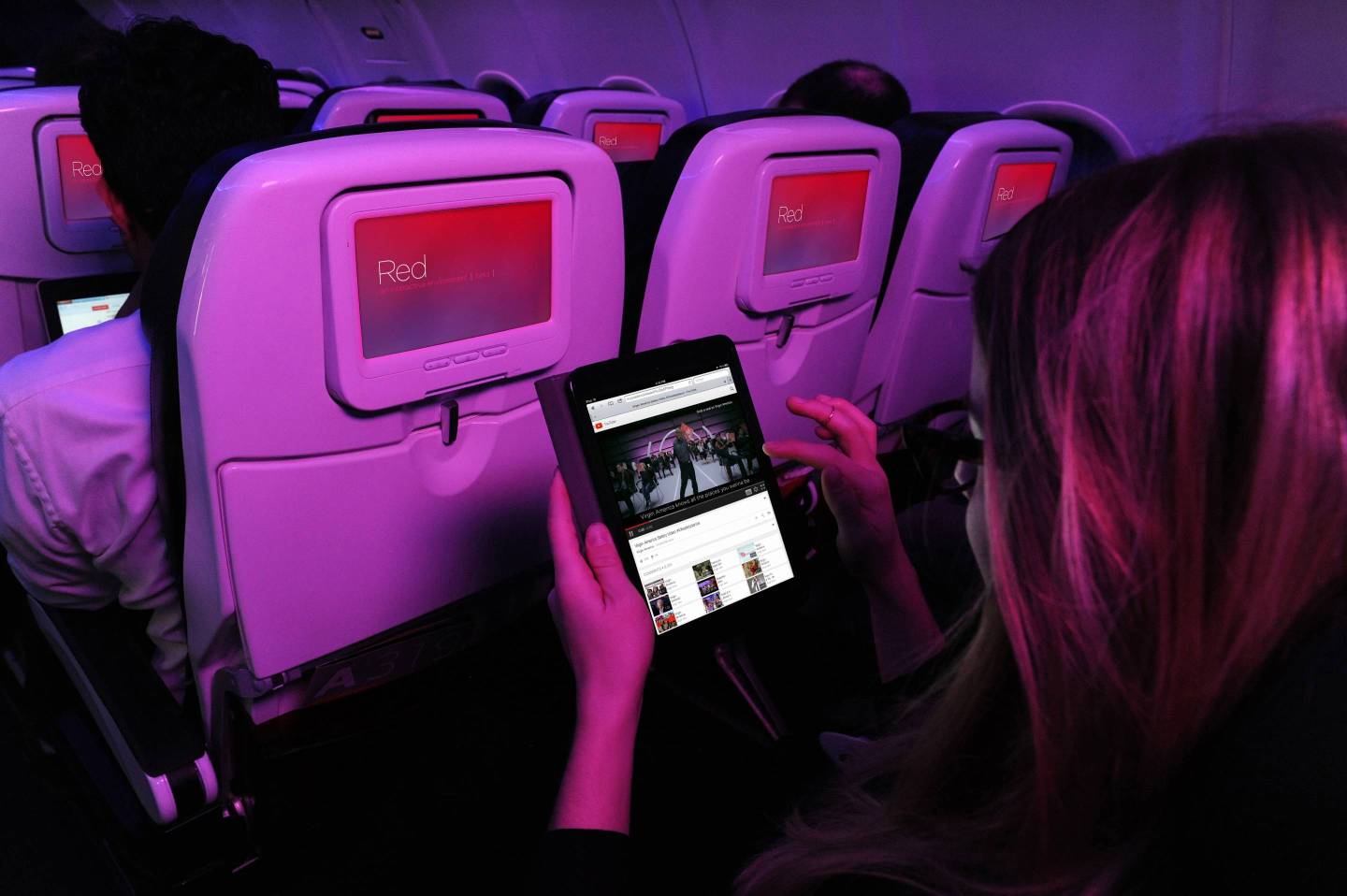 Virgin America passengers will now be able to binge watch the entire Netflix catalog for free while flying with the airline, ViaSat announced in a news release on Tuesday.

This new in-flight entertainment service is made possible due to a connectivity partnership between Virgin America and ViaSat, a global provider of satellite and wireless services. The partnership allows for much quicker WiFi on 10 of the airline’s airbus A320 aircrafts; ViaSat claims that passengers can expect the connection to be as quick as it would be at home.

Virgin America, which was recently named the best airline in the U.S. for business travel, is based in Silicon Valley and it’s the only airline to offer WiFi on every flight and a power outlet at every seat. It already has an expansive in-flight entertainment system with movies-on-demand and a library of over 3,000 songs. A partnership with Netflix seems like it was the logical next step.

Up until March 2, 2016, all travelers on those select aircrafts will be able to forego the infuriatingly expensive in-flight WiFi fee, and Netflix subscribers will be able to log in to their accounts from any of their mobile devices. Those who have not yet subscribed will be given the option to create an account during the flight.

Starting next month, even subscription-less flyers will be able to binge watch House of Cards during their Virgin America flight via the airline’s newly upgraded Red in-flight entertainment platform.

Netflix and Virgin America are both known for their focus on innovation and for shaking up their respective industries – so we’re thrilled to team up to bring the best in technology and entertainment to the skies. These latest generation investments in our WiFi and entertainment platforms allow us to provide the largest breadth of streamed content ever available at 35,000 feet.