These wildly successful entrepreneurs once were homeless 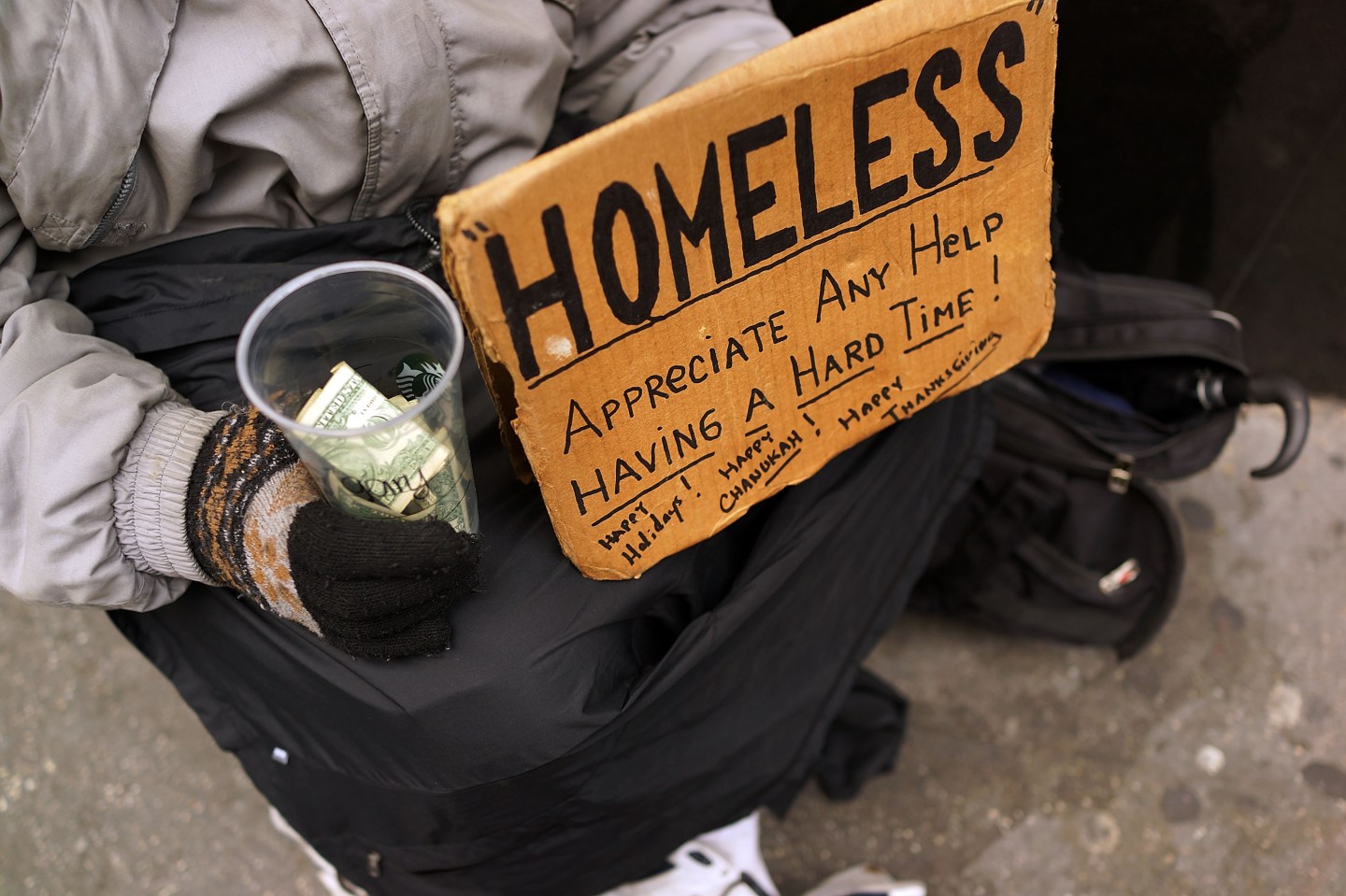 Rags-to-riches stories have been popular throughout history, proving that you don’t have to be privileged or have things handed to you to be a success. These Fortune 500 success stories encapsulate the idea that hard work, determination, and a positive spirit are the necessary ingredients to bootstrap your way out of poverty, off the streets and into the realm of millionaire and even billionaire.

Before he became known as an entrepreneur, motivational speaker, CEO and author, Chris Gardner and his son were living on the street after his wife left him and he was trying to subsist on very little money. His background was not much prettier, having grown up in the midst of domestic violence, poverty, alcoholism and more barriers.

While he could have given into these barriers and followed that same path, Gardner wanted something completely different for himself and son. Now, he runs Gardner Rich LLC with offices around the country, is a multi-millionaire and even had a movie made from one of his books that starred Will Smith called “The Pursuit of Happyness.”

Although she is a high-school dropout and runaway who spent time as a homeless youth and experienced poverty and sexual abuse, Linda Singh completely transformed her life. Even when she was struggling to stay off the streets, she still attended high school as long as she could and pulled good grades before having to give it up. She has become a model of female leadership in careers that often don’t see women in these roles.

She has previously served as a managing director at Accenture and as a Major General in the U.S. Army. Now, she is a Major General, leading Maryland’s National Guard through some very tough situations, including the Baltimore riots after the funeral of Freddie Gray. Her time on the streets and in Afghanistan have served as the proving ground for a woman who is not afraid to take on dangerous situations and high-pressure conflicts. Like many other leaders, Singh has proven that a successful leader often has come from tough roots and overcome significant adversity. She may not be valued in the millions, but her success story is priceless and has garnered her recognition and high-powered positions.

Iranian-born Manny Khoshbin overcome hard times to become wildly successful. His family arrived in America when he was a teenager and he quickly saw the opportunities to work hard and create wealth.

However, it took many failed ventures and sleeping in his car for a time while out of work before he found the venture that aligned with his skill set. Khoshbin got his real estate license and became a loan officer, then started a realty and mortgage company focused on distressed and bank-owned properties. Now, he oversees multiple companies that focus on commercial real estate. He continues to seek new opportunities for his entrepreneurial spirit. Once having nothing, Khoshbin is now valued in the multi-millions.

Being successful doesn’t come from college degrees. Destiny Global CEO Dani Johnson proves a great idea and hard work is enough to go from a broke, homeless cocktail waitress to a millionaire in just a couple of years.

Since her initial foray into entrepreneurship with a weight loss company, Johnson has expanded her empire to include other services related to helping people improve their relationships, finances. and lives. She has authored multiple bestselling books and offered her expertise on numerous television shows and media outlets. Becoming a millionaire many times over, she now gives away over a million dollars each month to help children in need around the world to remind herself where she has come from and what more she can accomplish.

The Graduates of TechShop

While there are many profiles to be shared, one of the most interesting is the idea of a company that is speaking directly to currently homeless individuals with talents and big ideas but lacking the opportunity to prove themselves. Many success stories have come from TechShop, a company that offers all the equipment, tools, mentoring and even financing to help all types of individuals reach their goals.

For some, this assistance has led to getting off the streets, receiving funding and starting companies that are on their way to growth. As chairman and founder Jim Newton noted, “Everybody has creative abilities but people just don’t express them. I mean, I see people come in here that are afraid to try anything. We give them some classes and some encouragement. And they have some success with their projects. And you see them just change. You see them light up. You see them say, ‘Wow, I really can do this.’ This is stunning. They’re stunned.”

A VentureBeat article showcased some of the homeless who have capitalized on this opportunity to turn their ideas into viable businesses. Now, they are off the streets and leading their own companies, generating wealth and creating jobs for others. Many are finding ways to return the favor by opening the door to opportunity for those that have simply hit hard times.

In addition to these turnaround stories, many other famous faces have been homeless early on in their lives, including Jim Carrey, Daniel Craig, Dr. Phil, Suze Orman and more. Others had hard times but surpassed these to become wildly successful, such as Steve Jobs, Larry Ellison, and J.K. Rowling just to name a few.

It just goes to show that no barrier is insurmountable to those who work toward success without becoming discouraged by setbacks or initial failures. The lesson here is you can’t focus on being down but must, in the face of any and all adversity, look forward and never give up.