Why Apple rarely gives iPhone users what they ask for 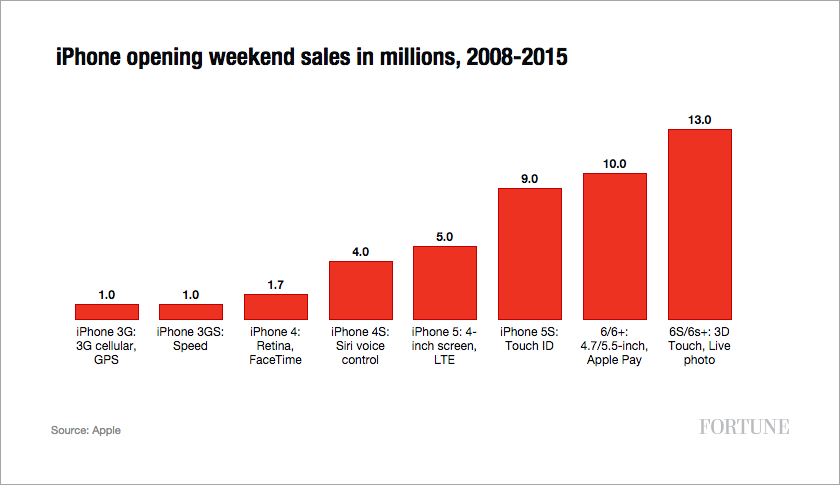 Horace Dediu has a new theory about the way Apple has modified the iPhone over the past eight years, parceling out improvements one model at a time.

These improvements, he notes in his latest Asymco post, are rarely what customers have been clamoring for. Things like lower price, better battery life or bigger screen.

It’s easy to dismiss these improvements as mere tweaks. As “sustaining” rather than “disruptive” innovations.

But Dediu sees something different. The new features share an attribute technology companies tend to overlook and under appreciate: They are easily absorbed.

“A change that is ignored is not only valueless,” Dediu writes, “it may actually destroy perception of value. It creates clutter and confusion. A change that is absorbable is valuable. It is meaningful.”

This is where Dediu takes a step back and gets a little cosmic:

“Improvements which are not asked for but which change behavior suggest that the product is valued because it changes the buyer. I believe this is what causes us to pause and appreciate them. We feel we have been improved by the thing we bought though we did not ask to be made better by it.

“Apple is a company that builds greatness because they built a process to make their customers better. They do it without permission and they do it without offense. But when the buyer perceives the change they feel in debt to the object. Getting payments on that debt of gratitude is how Apple is rewarded.”

By that, and by a growing customer base that keeps coming back for more.

LINK: Asymco: What it means to be great.