7 lessons from entrepreneurs who kept jobs while starting businesses 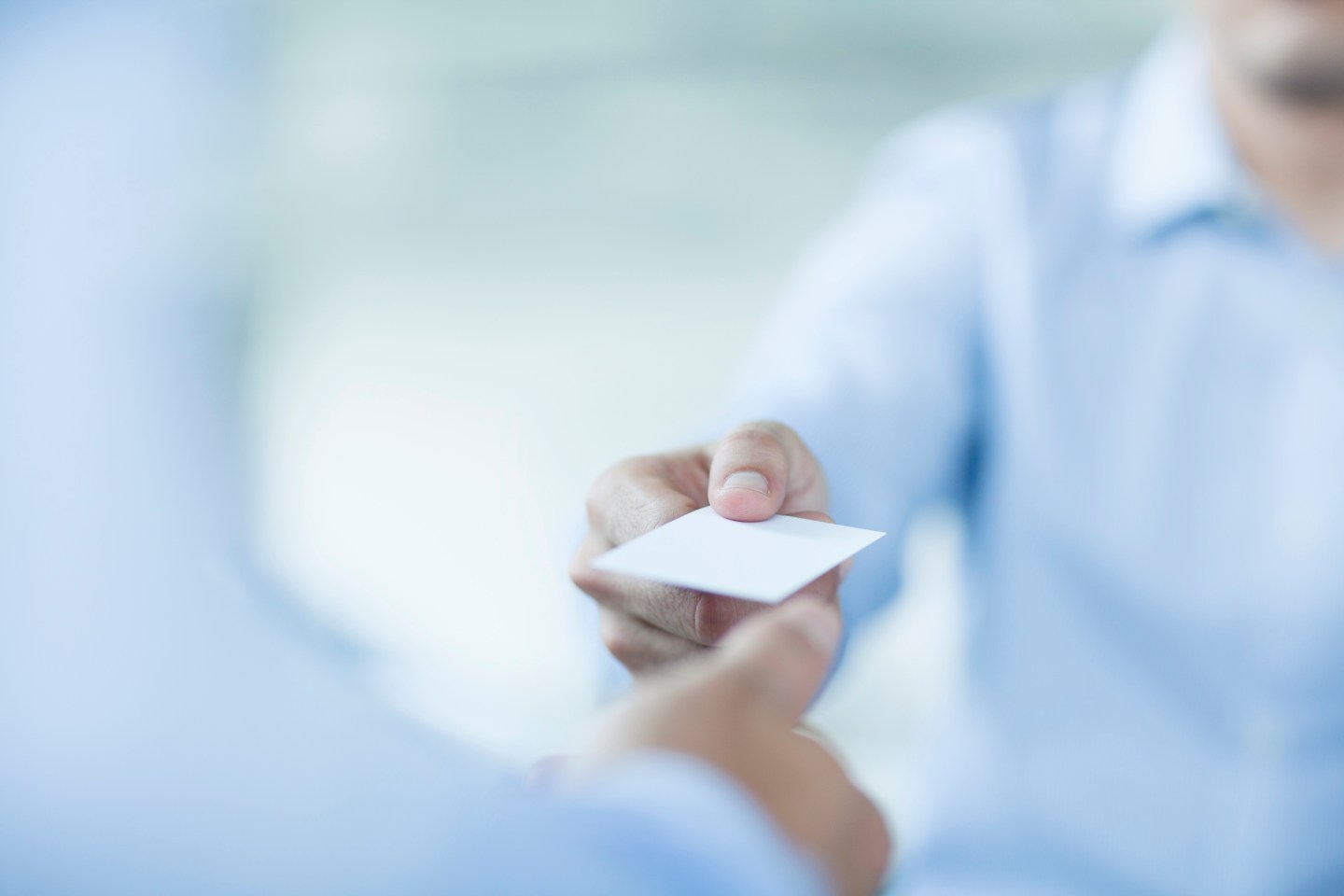 Keeping your day job while starting a business has its advantages. Aside from the steady income and free coffee, reliable full-time work helps you flesh out your résumé and portfolio and extend your professional network. Even better, working for someone else gives you a front-row view of the best (and worst) ways to run a company, from managing time and money to handling customers and employees.

We asked some successful entrepreneurs who founded companies while holding down a 9-to-5 to share the lessons they learned.

Holding down a day job means having only so many waking hours to devote to your side venture. That’s why validating that your idea will work—and that people will pay for it—should be priority No. 1, says Shara Senderoff, co-founder and CEO of Career Sushi, an online marketplace that connects young professionals with employers.

Senderoff was fortunate that her former employer, a Hollywood TV and film production company, agreed in 2011 to fund and incubate her startup in-house. But because she didn’t need to bootstrap, she mistakenly spent more time than she should have on Career Sushi’s branding, web design and minute platform details, proof of concept be damned.

“I probably spent six months doing that,” says the Los Angeles-based entrepreneur, whose site now serves 15,000 employers and 150,000 job seekers. “In retrospect, that was a wasted six months.” Of course, the typical startup can’t afford such indulgences, lest they run out of cash before going live. Lesson learned, says Senderoff: “Don’t try to build a Porsche when you just need to build the wireframe and test whether the car will ever drive.”

Wrangling your schedule won’t necessarily be easier after you leave your 9-to-5. Between the shoestring budget, lean staff and avalanche of action items, deciding which tasks to tackle each day at your startup can get overwhelming.

For Allyson Downey, co-founder and CEO of baby-product review platform weeSpring, working at an educational nonprofit provided valuable training in organizing and prioritizing.

To stay the course, Downey relies on a chart on her desk, a carryover from her previous job, showing the day’s top goals. “I have a column called ‘user growth,’ a column called ‘revenue growth’ and a column called ‘development,’” says Downey, who is based in New York. To prevent herself from “going down the rabbit hole of fixing little things and building new features,” the development column is half the size of the other two, she says.

This means that less-pressing tasks like updating weeSpring’s About Us page take a back seat. “That has been on my to-do list for two years, and it probably will continue being on my to-do list for another two years because I need to keep my head down and focus on the stuff that’s going to move the company forward,” Downey explains.

“There had to be a specific method for the hostesses to go in and run the birthday parties,” Baroan explains. Employees needed a process road map—from the timing of the cake presentation to the sale of game tokens—to keep parties running smoothly and guest meltdowns to a minimum.

Baroan was a one-man show when he left his job in 1997 to focus on Baroan Technologies. Determined to hand off some of his workload as soon as possible, he took a page from the amusement park operations and began documenting all his business practices—everything from scheduling appointments and making service calls to training workers.

“The best way to delegate is to create processes and systems,” says Baroan, who now employs 18 people and brings in $3 million in annual revenue. “Then you have a consistent method where, no matter who’s doing a task, it’s going to be done the same way.”

Before devoting herself to her business full time in 2012, Katie Stack spent a decade working in the costume departments of regional theaters. Often it wasn’t until the final fitting that a designer would decide on a different color or fabric for a costume and want a replacement. Between overtime and last-minute shipping costs, “suddenly the cost of that new garment was around six times what the original cost of the garment was,” says Stack, who now runs Stitch & Rivet, a design studio and retail boutique in Washington, D.C.

In selling her own handmade totes, handbags and belts, Stack ensures that the quality of the materials she orders from vendors is up to snuff before making each product. Because if she isn’t happy with a particular fabric or zipper, her wholesale customers might not be either.

Stack’s advice: “If you need to change what you’re doing, change it in the prototype stage instead of in the final stage, when you’re up a creek and can’t really backtrack.”

Heidi Andermack became intimately familiar with the fluctuations of small-business cash flow during the seven years she managed her husband’s custom font company. So when she co-founded Chowgirls Killer Catering in 2004 in Minneapolis, she and partner Amy Lynn Brown set some fiscal ground rules: Limit the amount of personal credit used to float the company during lean times; avoid draining their retirement funds; seek out a bank loan as soon as they qualified.

They also relied on their business’s peaks—summer wedding season and year-end holidays—to sustain the valleys. “Learning those patterns of your business is really important,” Andermack says. “You can expect slimmer times.”

You also can expect cost overruns, adds Stack, who began padding Stitch & Rivet’s budgets for worst-case scenarios during her theater days. “Always have a contingency budget,” she says, noting that she allots 15 to 20 percent more money than she thinks she needs for website overhauls, trade shows, printed materials and product development. “If you don’t use it, that’s great. But chances are you’re going to need it.”

Making workers feel valued has always been a primary concern for Chowgirls’ Brown, who was paid handsomely by the multinational media company that employed her for nine years before she turned her full attention to catering. “Being treated and compensated well and receiving great benefits taught me how important that is for staff loyalty,” she says.

When Baroan started his company in the late ’90s, “IT people thought they were gods,” he says. But he had no desire to build a team of smug techies who would be too arrogant to treat customers with respect. Instead, he cribbed the service philosophy of his former employer, the amusement park: “We had a major focus on treating everyone like a guest in your home rather than just somebody off the street that you’re doing a favor.”

For his IT crew, this means showing up on time, addressing customers by name, answering questions and checking whether customers need anything else before wrapping up jobs.

“People judge you by what they can relate to,” Baroan says. His customers may not know much about network configuration data, but they know when someone is courteous and reliable. Baroan credits these traits with earning his company referrals and repeat customers over the years. “That’s how the business grew,” he says.

Cutting corners is not in Kevin Jordan’s DNA. His six years as a commercial airline pilot instilled in him an unshakable discipline. Skip the required preflight inspection, and you could jeopardize lives. Now owner of Redpoint Marketing Consultants, which he opened in 2012 in Farmville, Va., Jordan applies those same standards to each project he accepts, even those involving chores he’d rather avoid—and chores that his clients may not even know about. One such task: interviewing clients’ customers for their take on the business. “Some of those things are a pain,” he says. “It’s hard to get people on the phone.”

But for Jordan, having the discipline to go the distance when no one’s watch-ing is part of the job. “Just like with the preflight inspection, the client may never realize that you did a lot of these things,” he says. “But it will make a difference in the long run. And that’s what distinguishes me from other people who do what I do.”

5 Growing Cyber-Security Epicenters Around the World