Why Jeff Bezos, Peter Thiel, and others are betting on fusion 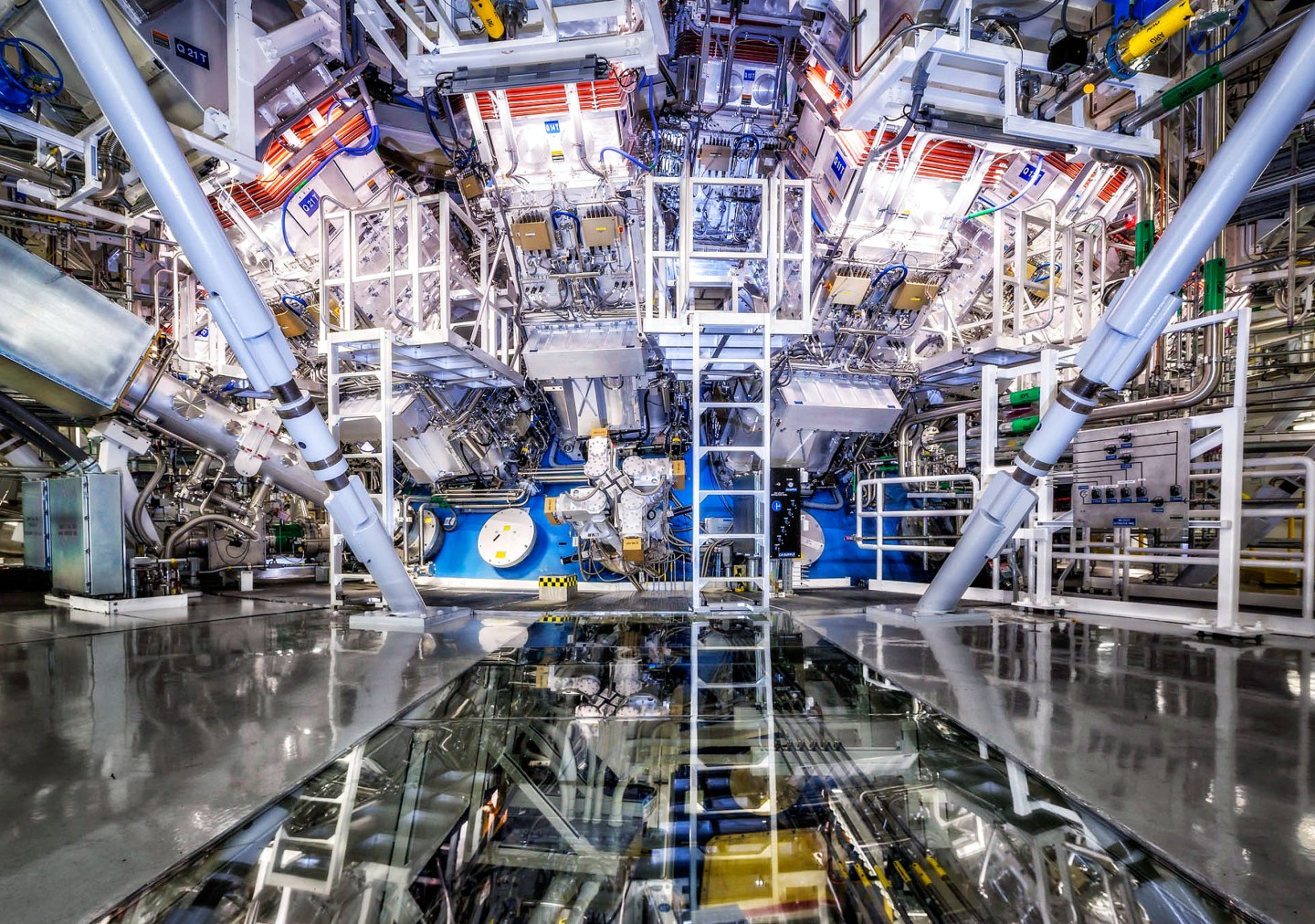 For more than half a century governments around the world have been trying to solve the challenge of nuclear fusion. In theory it could provide a cheap, clean, and almost boundless source of energy. Consider this: One tablespoon of liquid hydrogen fuel—a mix of deuterium and tritium—would produce the same energy as 28 tons of coal.

But smashing two hydrogen atoms together at 100 million degrees centigrade to create a fusion reaction has proved to be a costly and elusive endeavor. The ITER international project in France has been plagued by cost overruns—the original 5-billion-euro project is now budgeted at 13 billion euros (about $15 billion)—and its 23,000-ton ­Tokamak experimental reactor, three times heavier than the Eiffel Tower, is still many years from completion. In the U.S. the Department of Energy’s $4 billion Lawrence Livermore project, which uses lasers to smash atoms, is still deep in the experimental stage. Scientists are learning much from all this tinkering, but experts say these big projects—if they work—are at best decades away from commercialization.

That’s not soon enough if the world wants to mitigate the worst effects of climate change while providing cheap, clean energy to the poor—a point not lost on a handful of American billionaires including Jeff Bezos, Paul Allen, and Peter Thiel. These men are betting that fusion done on a small scale will be cheaper, less complex, and ready for market sooner than the big government projects. Some major corporations, such as Lockheed Martin and General Atomics, have the same idea and are working on their own versions of small-scale fusion.

Other well-heeled investors are sniffing around a different but related technology: cold fusion, which requires a much ­lower operating temperature. Skeptics will recall researchers Stanley Pons and Martin Fleisch­mann, who claimed in 1989 to have achieved fusion in a simple tabletop machine at room temperature. Their experiment was eventually debunked.

More recently scientists have been making some progress on a variation of this technology called low-energy nuclear reaction. That has led investors like Tom Darden, CEO of the $2.2 billion Cherokee Investment Partners, to create a North Carolina startup named Industrial Heat, which licensed the technology of Italian scientist Andrea Rossi. Last year Bill Gates visited the cold-­fusion facilities of the Italian national technology agency ENEA, but he has not invested, according to his office.

At this point no one knows which—if any—of these private-sector ventures will prevail, and achieving fusion won’t be easy. Says Glen Wurden, a team leader at the plasma physics group at Los Alamos National Laboratory: “To get funding, small companies have to promise the moon. There’s a long history where promises have been made and not kept. When you hear a private company say it will have a technology in five years, you roll your eyes.” Critics also say these startups are building on technology that was rejected decades ago by government labs or that still hasn’t been proved.

That may be so, but these entrepreneurs argue that improvements in computer technology just might make those older designs doable today. One prominent example of this trend is General Fusion, the company backed by Bezos. (Retired NASA astronaut Mark Kelly is one of the startup’s advisers, and in August the government of Malaysia led a new $22 million round of financing.) It is building on the concept of compressing fuel to heat it until it triggers a fusion reaction, an idea experi­mented with for years in large-scale government programs. At the Livermore lab, for example, lasers the length of football fields are being used to compress atoms into fusion. So far these expensive laser systems require more energy to operate than they produce. In 2002, Michel Laberge, a Canadian plasma physicist, had an idea. What if you replaced those expensive lasers with a hammer and anvil system that created a shock wave that would force the particles into a fusion reaction? Soon after, he founded General Fusion.

Hammers, too, had been tried before in government labs in the 1970s but failed. Now, thanks to advanced algorithms, modern electronics, and control systems, the hammers can hit the side of General Fusion’s sphere-shaped metal reactor precisely at the same time, creating a pressure wave that compresses the plasma into a fusion reaction at 100 million degrees centigrade. The heat is transferred into a swirling vortex of molten metal, which then gets captured by a steam generator.

General Fusion CEO Nathan Gilliland, who previously worked at Bain Capital, says his company has achieved the right speed and precision of hammers and has created stable, long-lived plasma. Now it’s working on fine-tuning the shock waves and compression so that the plasma generates more energy than it consumes. How long will that take before commercialization? Says a confident Gilliland: “We think in terms of years, not decades. We’ve demonstrated that our pathway is viable. It’s just a matter of engineering.”

The idea of entrepreneurs working in glorified garages trying to solve one of the most ambitious problems in physics sounds absurd on the surface. After all, governments have spent decades and billions without cracking fusion. Yet these startups have one thing ­going for them. Because they are working on a smaller scale they have a quicker learning cycle and, theoretically at least, could get to a solution faster and more cheaply.

There’s at least one relatively recent example the entrepreneurial set can cite: In the late 1980s the federal government said that mapping the first human genome was going to take 15 years and cost $3 billion. The private sector stepped in and did it much faster and more cheaply. There’s certainly no guarantee in this case that private industry will succeed where the government hasn’t. But after 50 years it certainly seems worth trying a different ­approach.

A version of this article appears in the October 1, 2015 issue of Fortune magazine with the headline “Fusion 2.0: The Entrepreneurs Attack.”