The farm-to-table backlash is here 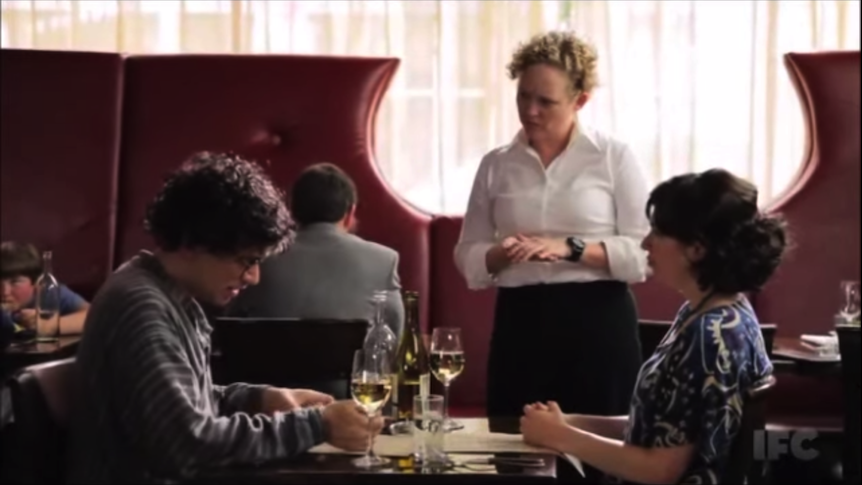 Fans of Portlandia will recall the sketch from the show’s first season, where two absurdly earnest diners badger their waitress on the provenance of their dinner. To reassure them of the chicken’s humane and organic bona fides, their server delivers a dossier detailing the bird’s diet, weight, parents, birthday, and even his name—Colin.

The sketch aired four years ago, but its satire feels almost tame in light of today’s local and farm-to-table fanaticism, which may have passed its “fresh by” date. Food critics are now crying foul over pretentious menus and morality-based dining, and even supporters of the movement are saying, “Enough already!”

Open a menu in a local- or sustainable-themed restaurant, and dish descriptions are so larded with geographical specifics, it’s hard to tell if you’re reading a bill of fare or a rural road map. To many food critics, that attention to detail has become a mask for a lack of talent in the kitchen.

“It feels particularly misleading when excessive earnestness is a cover for fatally unimaginative, formulaic food,” Corby Kummer wrote in Vanity Fair last spring. While he’s long been a supporter of ethical standards and transparent sourcing, Kummer stated in no uncertain terms that “Purity and moral superiority are not excuses for not knowing how to cook.”

Considerations of taste aside, some food scholars say the local movement, a key tenet of which rests on the number of miles from farm to table, is actually dangerous. In The Locavore’s Dilemma: in Praise of the 10,000-Mile Diet, University of Toronto professor Pierre Desrochers and his wife and co-author Hiroko Shimizu warn of the “significant environmental damage” the local food movement could create. At best, they say it’s a well-meaning marketing fad among privileged consumers. At worst, it’s a dangerous distraction from real issues of agricultural sustainability.

Locavores justifiably cite Big Ag’s irresponsible history alongside local food’s advantages, such as support for local and regional farmers, fresher and better-tasting food, preservation of local farmland and less packaging. But the dogma on any side of the argument can be tough to back up or refute with solid statistics. Even the USDA can’t draw conclusions about the movement’s economic impact or a definition of what really makes food “local.”

Adding fuel to the backlash are accusations of outright fraud. In “Farm to Fable,” San Diego Magazine writer Troy Johnson this summer documented several claims that local restaurants had lied about buying food from local farmers.

“The stories of restaurants deceiving their customers—or flat-out lying to them—have increased,” Johnson wrote. “Restaurants have learned that aligning themselves with local, organic, sustainable farms makes them seem to be all those things by association. It’s the old practice of greenwashing—co-opting an eco-friendly brand in order to ‘wash’ your own not-so-friendly brand.”

At his Flora Bella farm in Three Rivers, Calif., James Birch’s organic produce is so in demand, he says 80% of it is presold to top West Coast restaurants. Listing his arugula or rapini on a menu confers sophistication, quality, and insider access.

Sometimes restaurants make honest mistakes, Birch says, when a lack of supply precedes an eatery’s ability to keep up with menu reprinting. But he also says his produce is listed on some menus even though the restaurant isn’t a customer of Flora Bella or his distributor. In those cases, Birch throws up his hands.

‘What’s a farmer supposed to do?” he asks. “Go knock on the door? Call them up and say, ‘Hey, man, take my name off your menu?’ I’m not going to chase them down.”

The farm-to-table movement started as a reaction to Big Ag’s chemically controlled monoculture, and some say the backlash-to-the-backlash is predictable.

“Like any sort of trend that is popular, it will keep building on itself to, in some cases, a point of absurdity. That is part of what is happening now,” says Barry Glassner, author of The Gospel of Food: Everything You Think You Know About Food Is Wrong.

Wary of bogus benefits and meaningless terms such as “fresh” and “natural,” Glassner says consumers have grown more skeptical of food claims. Even “organic” is a term without clear meaning: On its website, in response to the question, “Does FDA have a definition for the term “organic” on food labels?” the answer is little more than: “No.”

“When you actually read the organic statutes, after about 20 minutes of reading them, you just start laughing—either at the degree of detail or complexity or the number of exceptions,” Glassner says. “What’s come about now is that farm to table is so widespread and so established, and so many restaurants are doing it, that it’s become a new kind of branding.”

In other words, what was once a movement is now just marketing. Selling a heritage breed, woodland-raised chicken fed a diet of sheep’s milk, soy, and hazelnuts is a lot sexier—and much more profitable—than a shrink-wrapped bird in a Styrofoam tray. Poor Colin may have died in vain.