China’s stock market is about to tank — again 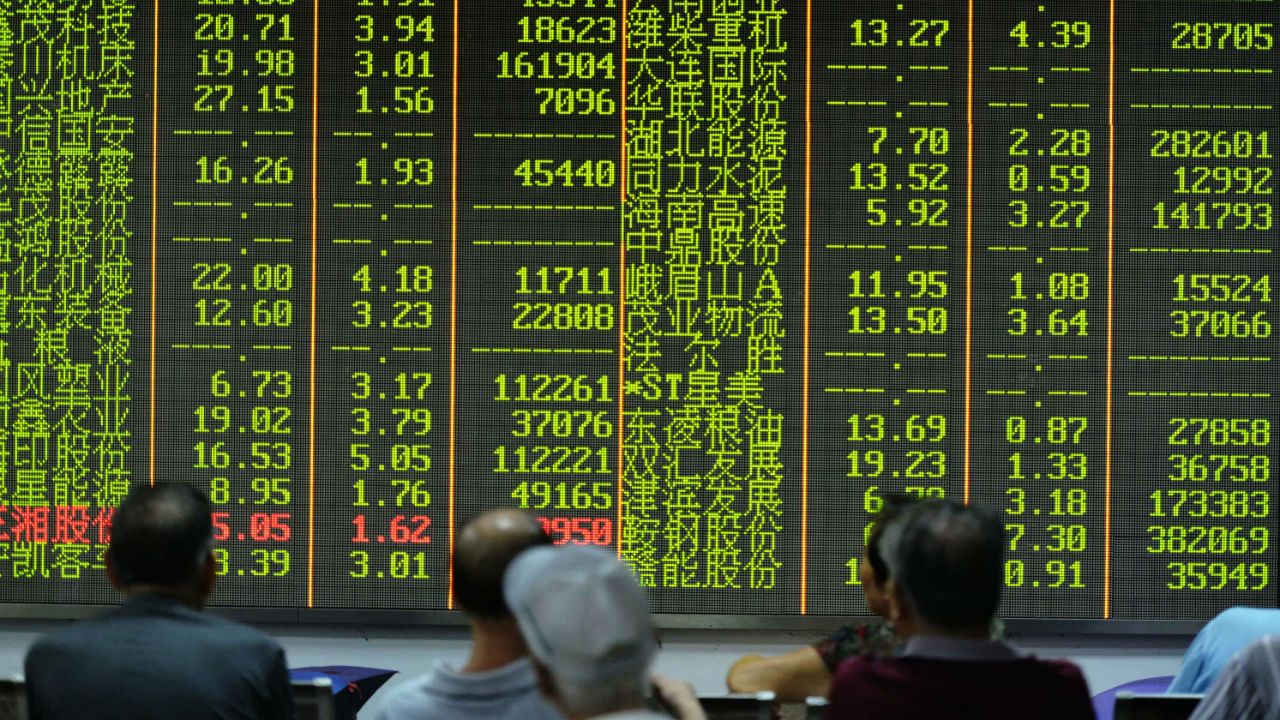 When the U.S. Federal Reserve recently decided not to raise interest rates, a major factor it cited was the “heightened uncertainties abroad.” They obviously meant China, where equity markets have plummeted 40% since June. Recent developments in China suggest that the chaos and threat to global markets is just getting worse — the latest example, U.S. stocks fell sharply Monday when the world’s second-largest economy reported that industrial profits declined 8.8% in August from a year earlier.

Last week, Zhang Yujun, assistant chairman of the China Securities Regulatory Commission (CSRC) and the captain of its stock market rescue team, was removed from office for a “severe violation of discipline,” China’s code word for corruption. His fall was cheered by Chinese investors who — frustrated by the ongoing stock market crisis — clearly hope that Mr. Zhang’s replacement will do a better job in bolstering share prices.

These optimists are likely to be disappointed. China’s securities regulator has been extremely incompetent for decades. Unless China rationalizes its approach to regulation, its stock market could well see more turmoil ahead.

Consider, for example, Zhang’s speech to a group of investment bankers and fund managers on August 7, during which he provided a first-person narrative of the approach he and other Chinese regulators had taken. Mainly, “Do nothing when there is no crisis and, when one occurs, do whatever comes to mind to fix it, whether or not the regulator has the required legal authority.” Under this misguided approach, the regulator’s inaction in good times magnifies market volatility, and its pervasive hand in bad times puts the market’s nerves on edge.

“The key,” Zhang said in the speech, “is self-discipline… At the industry level, it amounts to three issues: individuals disciplining themselves, managers disciplining their firms, and the industry disciplining itself… Present today are [representatives of] 50 investment banks with a combined market share of 80%. If all of you behave, the industry will be stable.” The problem is that, as there are no laws to constrain actions, banks can take business away from their competitors by being a little bit looser with their standards. With regulatory inaction, a race to the bottom can easily ensue.

Zhang’s candidness is also stunning. Explaining why he wouldn’t impose a rule to protect the clients of investment banks from inappropriate risks, he said: “If the CSRC [were to] impose a uniform rule for determining the appropriateness of risks for all clients, you would not like it… you should base the decision on your own situation.” Zhang’s soft touch allows for what economists call “regulatory capture:” it provides a perfect opportunity for the special interest groups which dominate an industry to co-opt their regulator into adopting policies they “like” at the expense of the public good. The problem is particularly Kafkaesque for China’s securities market though, because the majority of firms are owned by, and connected to, the government.

Zhang’s — and China’s — solution when things predictably went wrong was to improvise. He decided, probably incorrectly, that investors who traded on margin might be causing the prices to collapse. So, without any legal authority to do so, he cracked down on margin traders. “Haitong Securities, Guotai Junan Securities, and China Galaxy Securities,” he ordered, “go back and clean up your margin lending business.” It is a mystery why Zhang picked precisely those three firms, as major unpredictable crackdowns do not exactly calm market participants. The fact that the opposite happened should be no surprise.

Similar wild-eyed actions have become the rule rather than the exception — banning major shareholders from selling their shares, detaining a journalist for a negative story on the regulator, placing big investment bankers under investigation, and more. At a time of crisis, the regulator’s approach has been to throw everything against the wall in the hope that something will stick.

So, is it good news that Zhang Yujun is out? Not really.

Zhang was one of the most educated and experienced officials in the CSRC. More worrying, he represents an attitude toward regulation that has been around for decades in China, not only in the securities market but also in the areas of air pollution, food safety, production safety, among others. This attitude must change if China is to become a modern and free economy, though a serious discussion by the Chinese authorities on a change in attitude towards regulation has yet to occur.

Securities regulation in China before and during Zhang’s watch was extremely inept. It will most likely remain incompetent for a lot longer.

Weifeng Zhong is a research fellow in economic policy studies at the American Enterprise Institute.