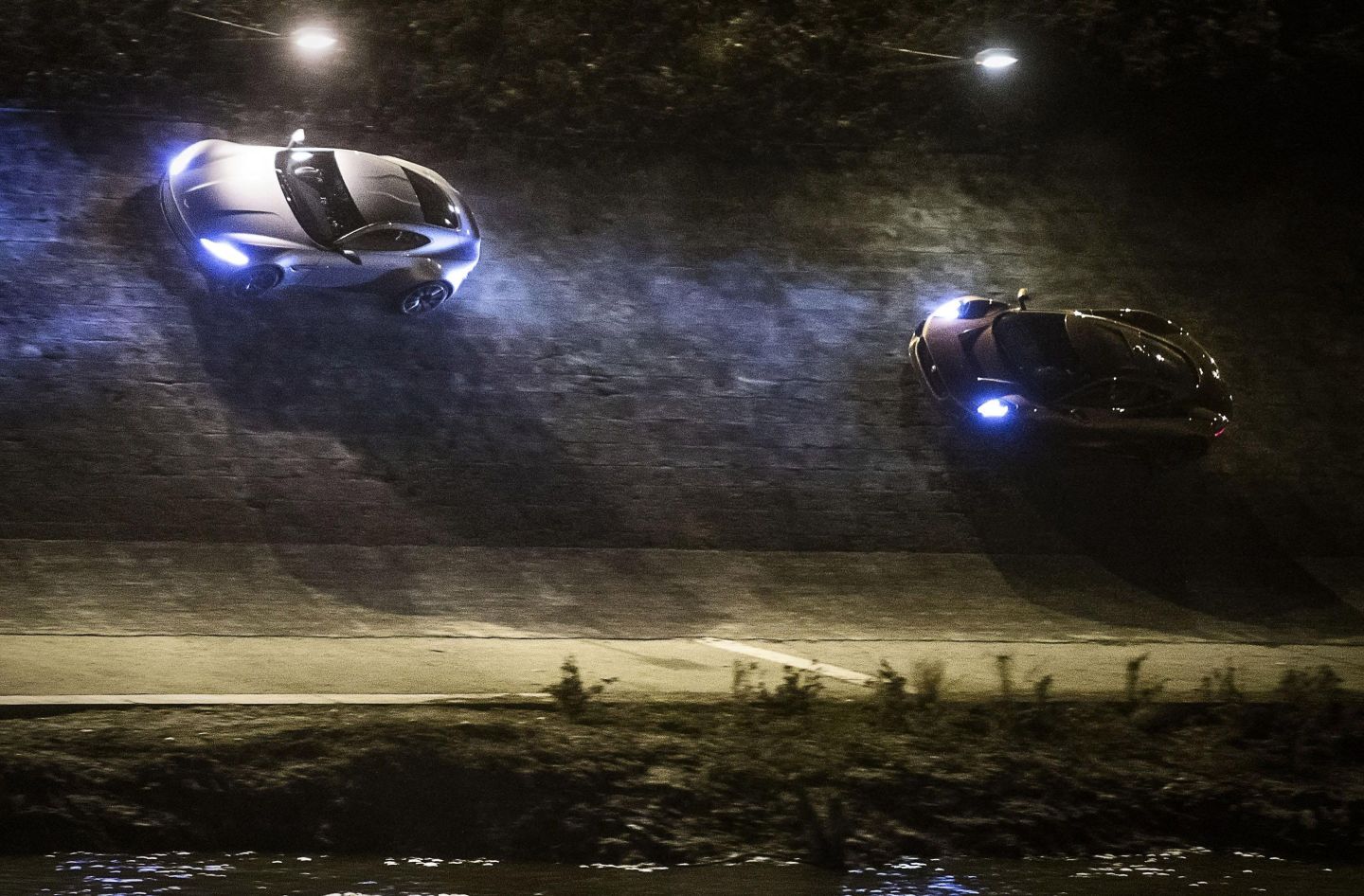 A Jaguar runs after an Aston Martin along the Tiber River banks during the shooting of the latest James Bond movie "SPECTRE", in Rome, Wednesday, March 4, 2015. (AP Photo/Angelo Carconi, Ansa)
Angelo Carconi AP

At least when it comes to wrecked Aston Martins, the fictional spy’s signature car.

In the latest installment of the secret agent series, the dapper intelligence operative’s incorrigible antics are responsible for demolishing seven out of 10 of the stylish Aston Martin DB10 two-door coupés designed specifically for the new Bond movie Spectre by the self-named automaker, reports the UK-based tabloid The Daily Mail.

In a spectacular display of stunt theatrics, Bond—played by British actor Daniel Craig—speeds through the streets of Rome among landmarks such as the Vatican and the Coliseum during the movie. (Fortunately, no historical monuments were harmed during the making of the chase scene—an incident that would have been “catastrophic,” according to the film’s producers.)

“We set the record for smashing up cars on Spectre,” said Gary Powell, the movie’s chief stunt coordinator, in an exclusive interview with Event magazine, part of the Sunday edition of The Mail. “In Rome, we wrecked millions of pounds worth. They were going into the Vatican at top speeds of 110 mph. We shot one entire night for four seconds of film.”

Perhaps unsurprisingly given all the destruction, the $300 million film is reportedly the most expensive Bond movie yet. It will debut more than five decades after Sean Connery—the original Bond…James Bond—cemented the spy franchise’s relationship with the British luxury sports car maker in Goldfinger, where he appeared behind the wheel of an Aston Martin DB5 (ejector seat and all).

The espionage thriller premiers in the UK on Oct. 26 and in the United States on Nov. 6.