Why nice people finish last—and how to fix that 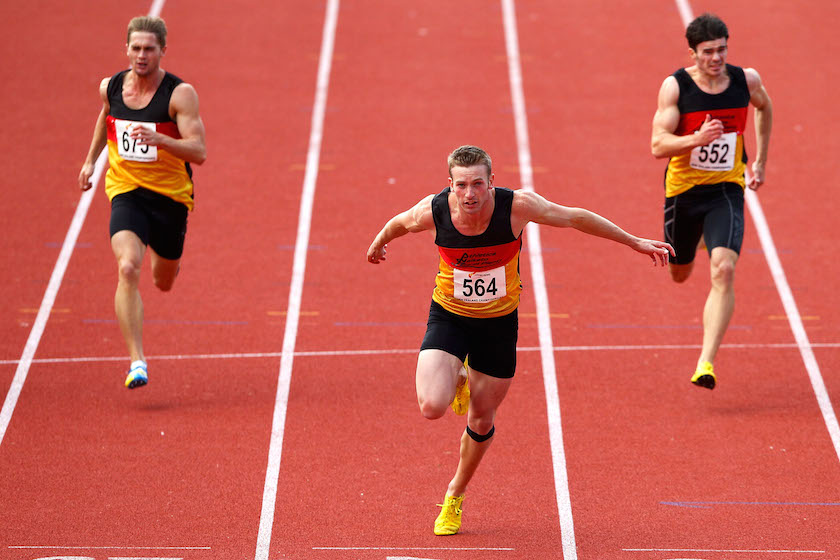 during the New Zealand track and field championships at Newtown Park on March 30, 2014 in Wellington, New Zealand.
Photograph by Hagen Hopkins—Getty Images

Adam Grant, the youngest tenured professor at Wharton Business School, wants nice people to finish first. But, according to him, they don’t.

Grant was a speaker at this year’s session of The Nantucket Project, an annual lecture series on the island in Massachusetts put on by Tom Scott, the founder of Nantucket Nectars, and featuring former Meet the Press moderator David Gregory, musician Neil Young, and computer pioneer Steve Wozniak, among others.

Speaking in a tent by the waterfront at the White Elephant Hotel (the main event tent, that is, not the cozily furnished “espresso tent” by its side), Grant explained which kinds of people have the easiest time getting ahead in life.

He’s an organizational psychologist by trade, and broke people down into three types: Takers, Matchers and Givers. In simple terms, Takers look out for themselves. Givers are generous with other people with no strings attached. And Matchers fall somewhere in between, with a quid pro quo philosophy of doing favors and then expecting things in return.

He gave the audience members a joking way to test if they’re a narcissistic Taker: “Step 1: Take a moment to think about yourself. Step 2: If you made it to Step 2, you are not a narcissist.”

By a show of hands, most people in the audience were rooting for the generous Givers to do well in life. But Grant said that in a study of engineers, salespeople and medical school students, people with Giver personalities were consistently the worst performers in their field.

This was disheartening to the few hundred audience members. But in a surprising twist, Takers were not the ones who did the best: it was also the Givers.

In each of those three professions, the most generous people were overrepresented in both the bottom 25% of their field and the top 25%. As Grant put it, “Good guys and gals have a better chance of finishing last than the rest of us, but also better odds of finishing first.”

He said it’s because being overly generous towards other people can be harmful in the short run, if it outweighs personal goals and needs. But it will pay dividends later with the skills the Givers acquire along the way and the goodwill they engender.

“You actually learn things through helping other people solve their problems,” Grant said. “And there’s a social capital upside… but they don’t happen right away.”

Takers, on the other hand, tend to rise fast and fall just as quickly.

So how do we make sure that Givers are rewarded? That’s the subject of Grant’s study, and he says there are a few things you can do, ranging from reinforcing giving behavior in children—by praising their character rather than their actions—to keeping Takers out of your organization, because one Taker is more poisonous to a group than dozens of Givers are beneficial.

So it still pays to be a generous person. Just maybe not right away.