How Clinton and Fiorina are redefining the meaning of leadership 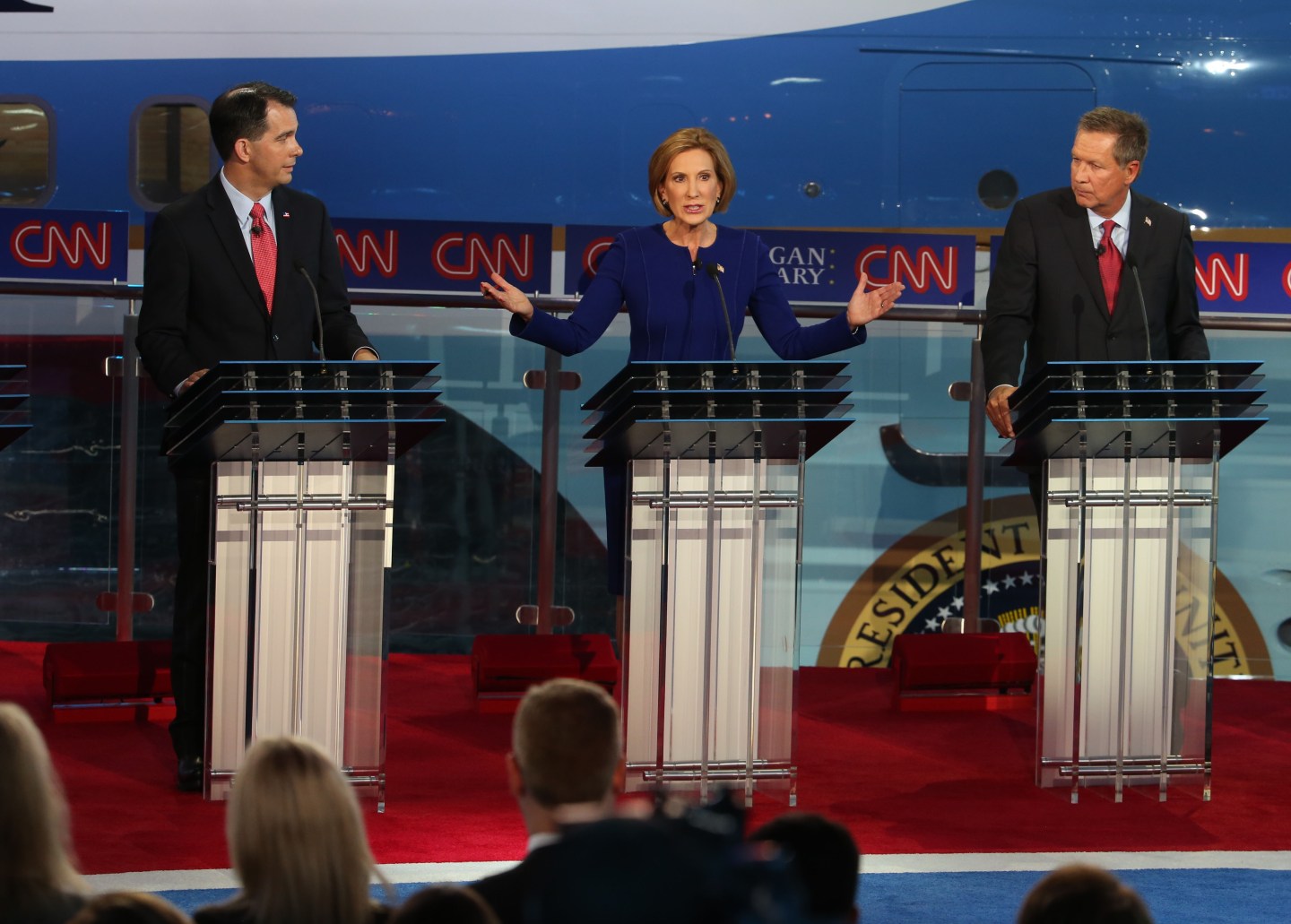 For the first time in history, the United States is looking at a presidential race that could see two female candidates running against each other in the general election. While it’s still very early to be calling a Clinton vs. Fiorina showdown, the possibility brings to mind the contrasts between the two candidates; the challenges they both face as female candidates, and what it means to be a female leader in 2015.

Compared to their male counterparts in the presidential race, each woman faces similar challenges based on their gender. Both have been insulted for their looks, with Hillary Clinton and her professional pant suits being called out as too masculine — even by the likes of the normally nice guy Tim Gunn — and Carly Fiorina bearing the brunt of Trump’s all-too frequent bullying as he made disparaging comments about her face.

While all presidential candidates can expect to be placed under a microscope, these two women find themselves being talked about in ways the men in the race do not. Fiorina’s leadership skills have been called into question again and again, which is fair game for any candidate, but being compared to a clueless little girl is not something her Republican rivals are experiencing. For her part, Clinton is frequently referred to as overbearing and shrill. Republicans constantly make the claim that she has few accomplishments to her name, despite the fact that as Secretary of State, she secured $21.4 billion in funding for the World Trade Center redevelopment, played a role in several important international trade agreements and has been a staunch advocate for the rights of women and children.

While each of these women rose through the ranks in a world that was even more overtly sexist than the one we’re living in today, they are now running to be the first female president in a culture where the very concept of what it means to be a female leader is being redefined.

Today, leadership comes in many forms and from many seats. Female leaders, whether they’re politicians and CEOs, need to have a willingness to listen, openness and empathy. While these traits aren’t unique to women, they are strengths you’ll very often find in female leaders. The world we live in is no longer black and white, either. It’s complex and nuanced. The best leaders speak of true collaboration and genuine listening, and look to the greater good. They provide amazing examples of what it looks like to be successful leaders, regardless of gender, and are women who Republicans and Democrats alike should choose to emulate.

Ruth Bernstein is co-founder and chief strategic officer at YARD, a content-creation and image-making agency. She managed a campaign with The Limited, which tapped over 60 women who are leaders in their fields — tech, government, business, education and more — to represent the new generation of strong and powerful female leaders.