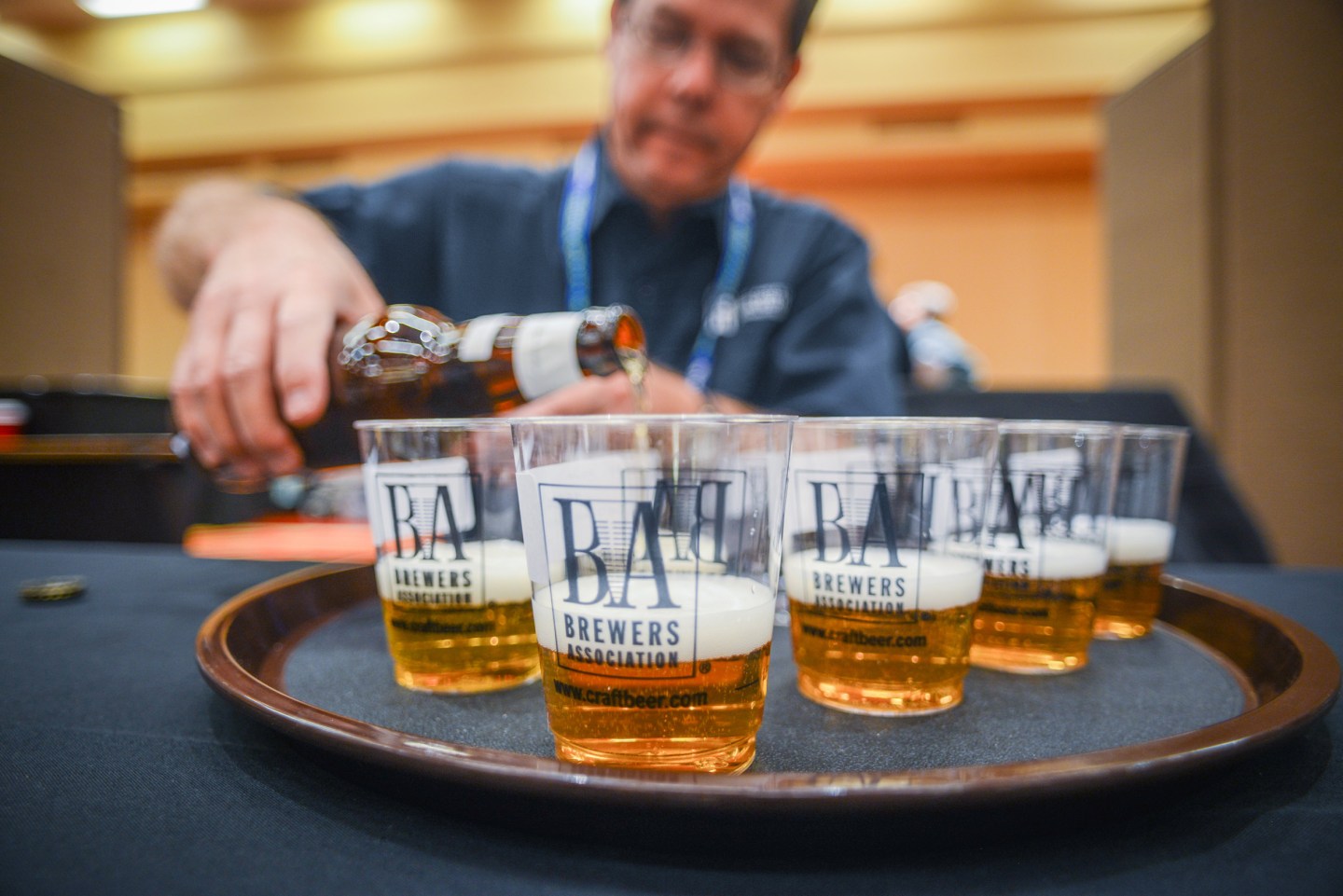 Gather 60,000 people into a relatively small area and pour over 3,500 different beers and you’re bound to have a good time.

While the Great American Beer Festival might sound to some like a bacchanalia of sorts, it’s really more a celebration of the beer culture. And it’s hardly contained to the Colorado Convention Center. The event consumes pretty much all of downtown Denver – with dozens, if not hundreds, of bar- and tap takeovers.

It’s the beer world’s Super bowl – and there’s never a lack of interesting things to see.

Here are some of the sights of this year’s show.

Scalpers were asking more than $500 per ticket in the weeks leading up to the Great American Beer Festival, but as the show got underway, there was a liquidation sale on the street – though, as with any major event, a fair number of those were likely counterfeit and the festival had very prominent signage warning people not to buy from brokers.

Lord of the Beers

There is no shortage of people who dress up for the GABF - but the costumes don’t always match up with the festival’s themes. A monk? Sure. Many monks brew beer – and the entire Belgian style is based off of their process. But Gandalf? Your guess is as good as ours.

A plethora of pitchers

GABF attendees drink their beers in one-ounce samples – and pouring each one from a tap makes no sense. Brewers keep pitchers filled with their offerings to keep the lines moving. It helps. With very few exceptions, you’ll wait no more than 5 minutes for a beer.

While a few men walked the show floor in lederhosen, it’s mostly women who don the traditional German attire of Oktoberfest bar maids. The authenticity only went as far as the costume, though, as everyone tasted a wide variety of beers.

When word gets out about an especially good beer, people flock to it. And if you’re not fast enough, you might lose your chance to try it. Speed is critical in hunting down these show ‘whales,’ but it also helps to get a sense of what’s popular early on.

Beer lovers don’t just attend GABF to drink, it’s also a chance to update their wardrobes – or grab a shirt from their latest favorite brewery. The primary retail shop at the show spans 30 feet and usually has a queued line of people waiting for their turn to spend up to $30 per shirt. Demand for merchandise is so strong that this year, for the first time, festival organizers opened a second kiosk in the new Brewer’s Hall area.

Most brewers (and volunteers) stand shoulder to shoulder at GABF pouring beers for the people who wait for them with an understated banner behind them. But a handful of breweries shell out big bucks to create elaborate booths – ranging from a 20-foot high pour facility to a walk-through experience.

The bespeckled star of children’s books isn’t as out of place as you might expect at GABF. A big part of the show is hunting down rare beers – which may only be poured at a certain time on a certain day.

Free beer – lots of it

GABF isn’t a cheap ticket. The retail price of each one was $80, but once you’re in, you’ve got 4.5 hours to choose from 3,500 different beers. Some may require longer waits than others, but you’re free to have as much as you’d like – one ounce at a time, of course.

Dad & Dude's Breweria was the first to infuse beer with cannabis. Several other brewers, including Lagunitas, have followed suit.

Many brewers try something new at GABF, but no one has pushed the envelope quite as much as Dad & Dude's Breweria so far this year. Indica Double IPA is made with cannabidoil - cannabis that has had the mind-altering THC removed. It doesn’t alter the taste of the beer, says co-founder Mason “Dude” Hembree, but it sure does turn heads (including, at one point prior to the show, those of federal officials).