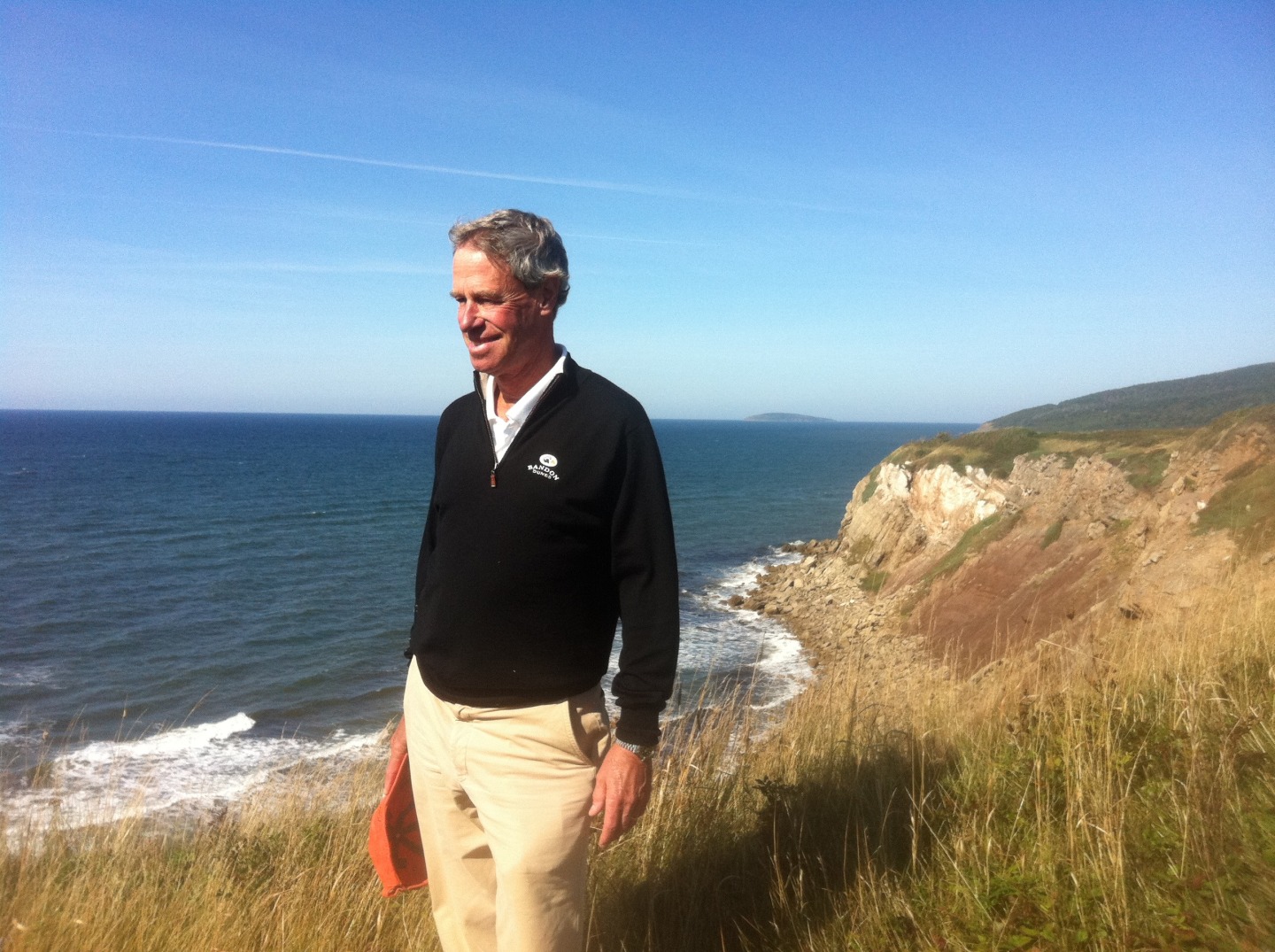 Donald Trump continues to lead in the polls for the Republican presidential nomination, but he trails by a far margin in the most recent rankings for his day job as a golf course owner/developer. While there are more than a dozen G.O.P. hopefuls, there are but a few prolific golf course developers/owners, and the leader of that pack is Mike Keiser.

Although Trump owns more golf courses (18 to Keiser’s 11), Keiser’s are more highly rated, and that rankles Trump but good.

Trump Golf counts 18 properties in the portfolio: one in the works in Indonesia, two in active construction in Dubai, and 15 presently open for play—two in Scotland, one in Ireland, one each in California, North Carolina, and Washington, D.C., three in Florida, three in New York, and three in New Jersey, including Trump National Golf Club Philadelphia, which is actually located in the Garden State just across the Delaware River from Philadelphia. “Every one of my courses is, like, amazing,” Trump told Golf Digest. His penchant for hyperbole saw Trump proclaim that his Trump National Philadelphia—which is not rated among the top handful of courses in the state—is as good as, if not better than, neighboring Pine Valley Golf Club, which is ranked by both Golf Digest and also Golf as the No. 1 course in the world.

The raters do not share Trump’s über-enthusiasm for his golf courses. Golf rates Trump National in Bedminster, New Jersey and Trump National Doral in Miami, Florida 83rd and 92nd, respectively, on its list of the Top 100 courses in America. None of Trump’s courses made the Golf Digest list. Meantime, Mike Keiser’s Bandon Dunes Golf Resort on the Oregon coast has four courses—Bandon Dunes, Pacific Dunes, Old Macdonald, and Bandon Trails—all of which rate in Golf’s Top 50 in America and in Golf Digest’s Top 75.

“You know, everyone crows about Bandon Dunes,” Trump told Links magazine a few years ago when he was building Trump International Golf Links near Aberdeen, Scotland. “I’ve been to Bandon Dunes. The views there are no better than what we have, and the dunes themselves are like little toys compared to our dunes.” According to Golf Digest contributor David Owen, Trump trotted out the same slight in an interview, saying, “The biggest dune [at Bandon Dunes] is like one-tenth the size of our smallest dune. It’s a toy.”

Like Trump, Mike Keiser is a wealthy and successful businessman; he made his money in recycled greeting cards before turning his focus to golf. Keiser and Trump are both passionate about the game, but the comparisons end there.

Keiser builds and Trump buys. Trump has developed a few courses from the ground up—including his two highest rated courses, in Bedminster, New Jersey and near Aberdeen, Scotland (ranked 50th and 52nd in the world by the aforementioned golf magazines)—though most of Trump’s portfolio features courses he bought and gussied up, largely in populated areas. Keiser creates on remote golfscapes. He built Bandon Dunes on a stretch of coast hard against the Pacific Ocean believing that if he built it, they would come—and they do, in droves. He then backed Barnbougle Dunes in Tasmania; the two courses there are ranked by Golf Digest as the 11th and 23rd best in the world.

More recently, Kaiser debuted Cabot Links in Nova Scotia, Canada, which follows the same blueprint as Bandon: transform wooly, under-utilized land in a picturesque and remote location into a bucket list golf destination that revitalizes a woebegone community. Cabot Links promptly made both magazines’ lists of the Top 100 courses in the world, and a second course, Cabot Cliffs, opened for preview play this summer to rave reviews.

Trump describes his golf as “very high end.” Keiser describes his as “understated.” Keiser’s customer is what he calls “the retail golfer,” and he advocates for the everyman aspect of the game, which is more prevalent in Scotland, where, Keiser says, “your caddie is likely to be the president of the club.” Trump targets the high rollers and country club set. “Golf shouldn’t be a game for all strata of society,” he recently told Golf Digest. “It should be something that you aspire to.”

Mike Keiser has never met Donald Trump. He has never played any of Trump’s golf courses. (He has played Turnberry on the west coast of Scotland, but that was before Trump bought it in 2014.)

On the subject of Trump, Keiser says this: “The Donald is good for golf because he gets people talking about golf.” That is all Keiser chooses to say, preferring to focus on his own business. Next up for Keiser is Sand Valley in the hinterlands of Wisconsin, where the first course is on track to open in 2017, a second is underway, and at least two more are on the drawing board. The setting is a 1,400-acre wonderland of sand dunes—which Trump may also deem as “toys,” but that would not faze Keiser, plus it would fit the adage: He who with the most toys wins.

As for the election, Keiser was an early supporter of Jeb Bush. He donated $100,000 to Jeb Bush’s super PAC and says he does not envision swinging his vote to candidate Trump.

Scott Gummer is an author who has written extensively about golf. He once spent an afternoon with Donald Trump at Trump National Golf Club Los Angeles for a magazine assignment; he also edited the 2013 coffee table book for Mike Keiser’s Bandon Dunes.