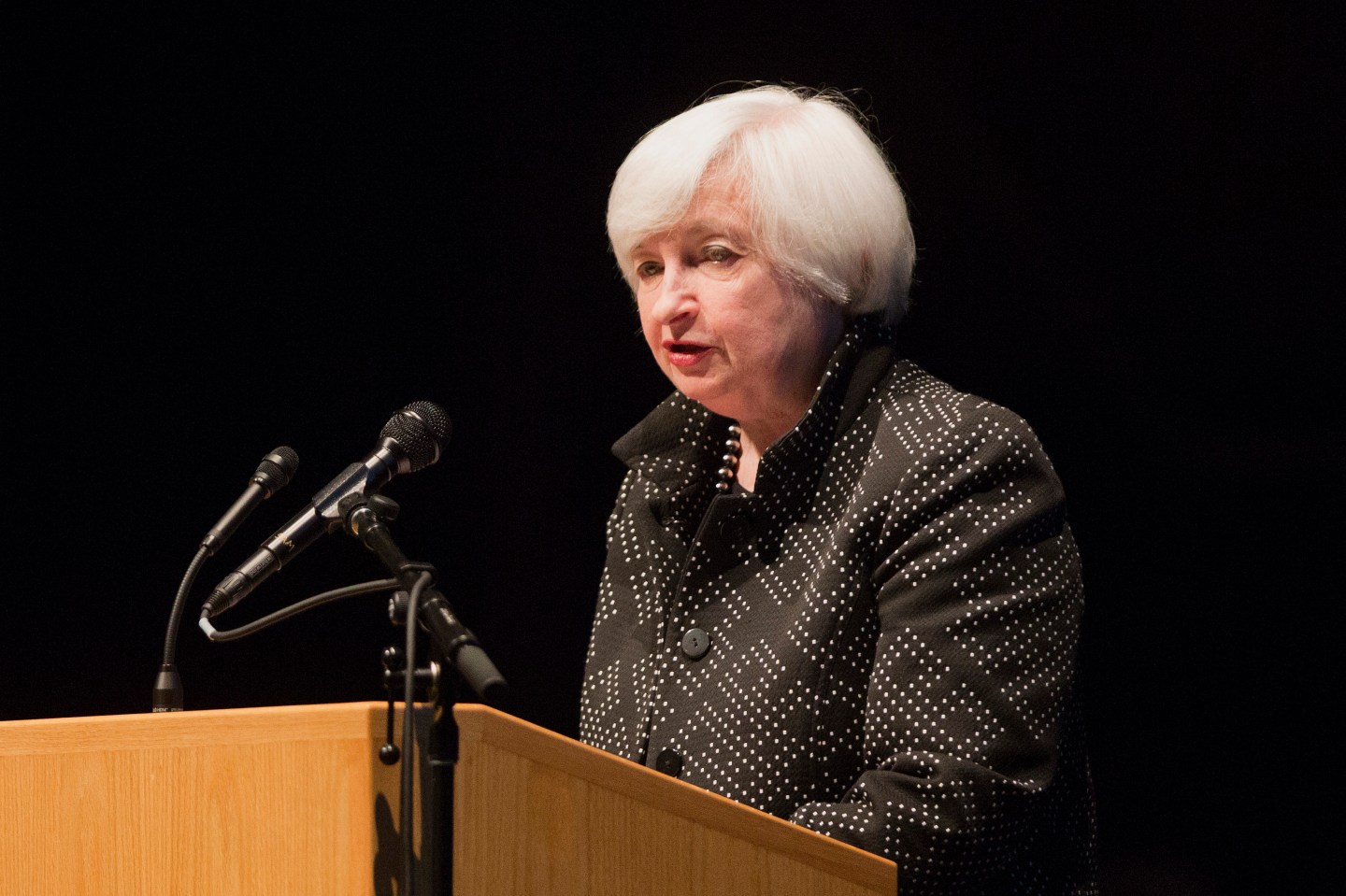 Federal Reserve Chair Janet Yellen received medical attention on Thursday after struggling to finish a speech at the University of Massachusetts, Amherst, coughing and pausing to recompose herself a few times before walking off stage.

As head of the central bank of the world’s largest economy, Yellen, 69, plays a major role in the global economy.

Yellen, who had been speaking for roughly an hour to as many as 1,800 students and local residents, appeared to lose her place in reading the last few lines of her speech on inflation. She abruptly said: “Let me stop there.”

The drama overshadowed the content speech, which gave a jolt to financial markets across the globe Friday.

Yellen said the U.S. central bank was on track to raise interest rates this year for the first time in nearly a decade. That has gone some way to dispelling the pessimism about the global economy that the Fed’s refusal to hike rates this month had caused. U.S. stock futures are set to open over 1% higher, while major European markets have gained up to 3.5% in early trade.

The chairman of the university’s economics department, Michael Ash, appeared at her side, asking: “You ok?” and offering to escort her off the stage.

Minutes later, two medical workers standing near the backstage doors, said they attended to the Fed chair. One of the workers was carrying oxygen equipment.

“Chair Yellen felt dehydrated at the end of a long speech under bright lights,” Fed spokesperson Michelle Smith said in an email. “As a precaution, she was seen by (emergency medical) staff on site at UMass Amherst. She felt fine afterwards and has continued with her schedule Thursday evening.”

A university spokesman said she was attending a dinner event as planned.

Any questions about Yellen’s health could unsettle financial markets that have been skittish about the path of the global economy and when the Federal Reserve will decide to raise interest rates for the first time since 2006.

In her speech on Thursday, Yellen said she expects the U.S. central bank to begin raising interest rates later this year as long as inflation remains stable and the U.S. economy is strong enough to boost employment.

Yellen has not been known to suffer from any health problems.

In 2004, at age 57, she ran the Avenue of the Giants half marathon, in the redwood forests of Northern California.