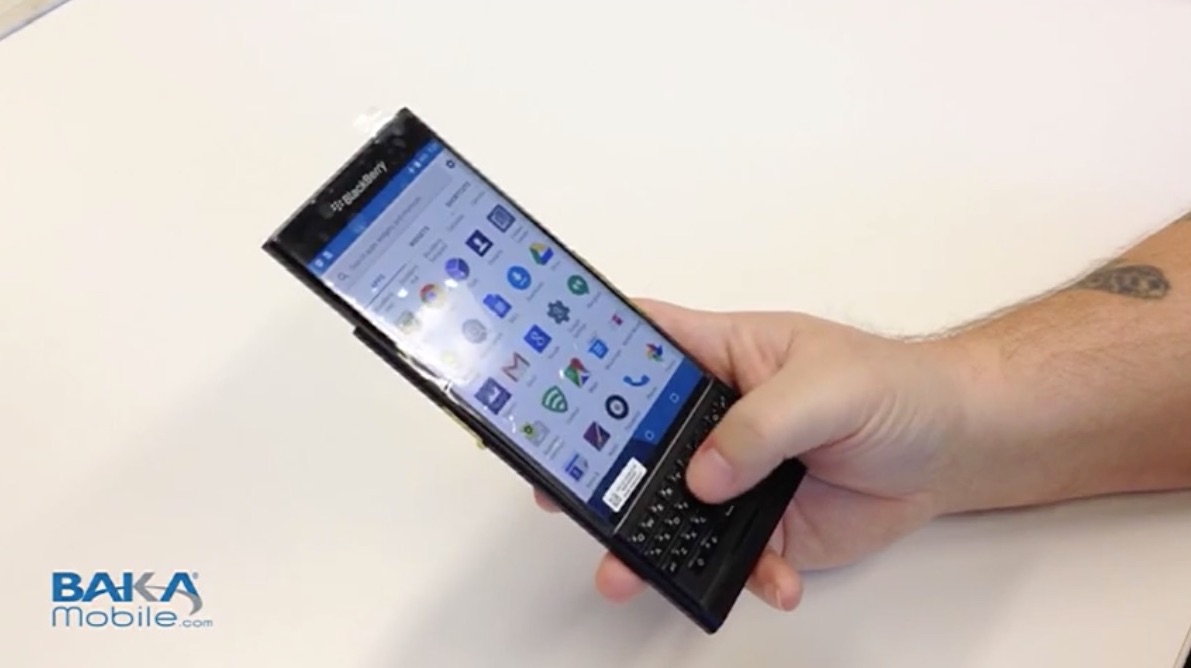 “This phone is the answer for former BlackBerry (BBRY) users who miss the keyboard, but also need the apps,” said Chen.

The new device will be called BlackBerry Priv, which is short for privacy and privilege, and feature a dual-curved edge screen that slides up to reveal a BlackBerry keyboard.

Chen was vague on specifics, but did say BlackBerry was working directly with Google (GOOGL) to secure the platform, something he’s frequently alluded to in the past. Although Chen wasn’t ready to discuss pricing he did say that the company is “working with multiple carriers” ahead of the device’s launch.

By turning to Android, BlackBerry is hoping its once-faithful users will seek out the new phone, which will include software that’s customized to bring BlackBerry-specific features to an Android device.

Furthermore, by working directly with Google—instead of creating an operating system that runs atop Android (similar to what Amazon tried with the Fire Phone)—the Priv will have access to Google’s Play Store and associated services.

BlackBerry 10 devices have long had the ability to run Android applications, although the process for installing apps was cumbersome.

With the BlackBerry Priv, users will now have direct access to Google’s Play Store and popular applications, such as Google Maps and Google’s search assistant, Google Now.

Chen later defended the BlackBerry Priv on the company’s blog, stating that it was part of his long-term vision to turn the company into a software “powerhouse.”

For more about BlackBerry, check out the following Fortune video: