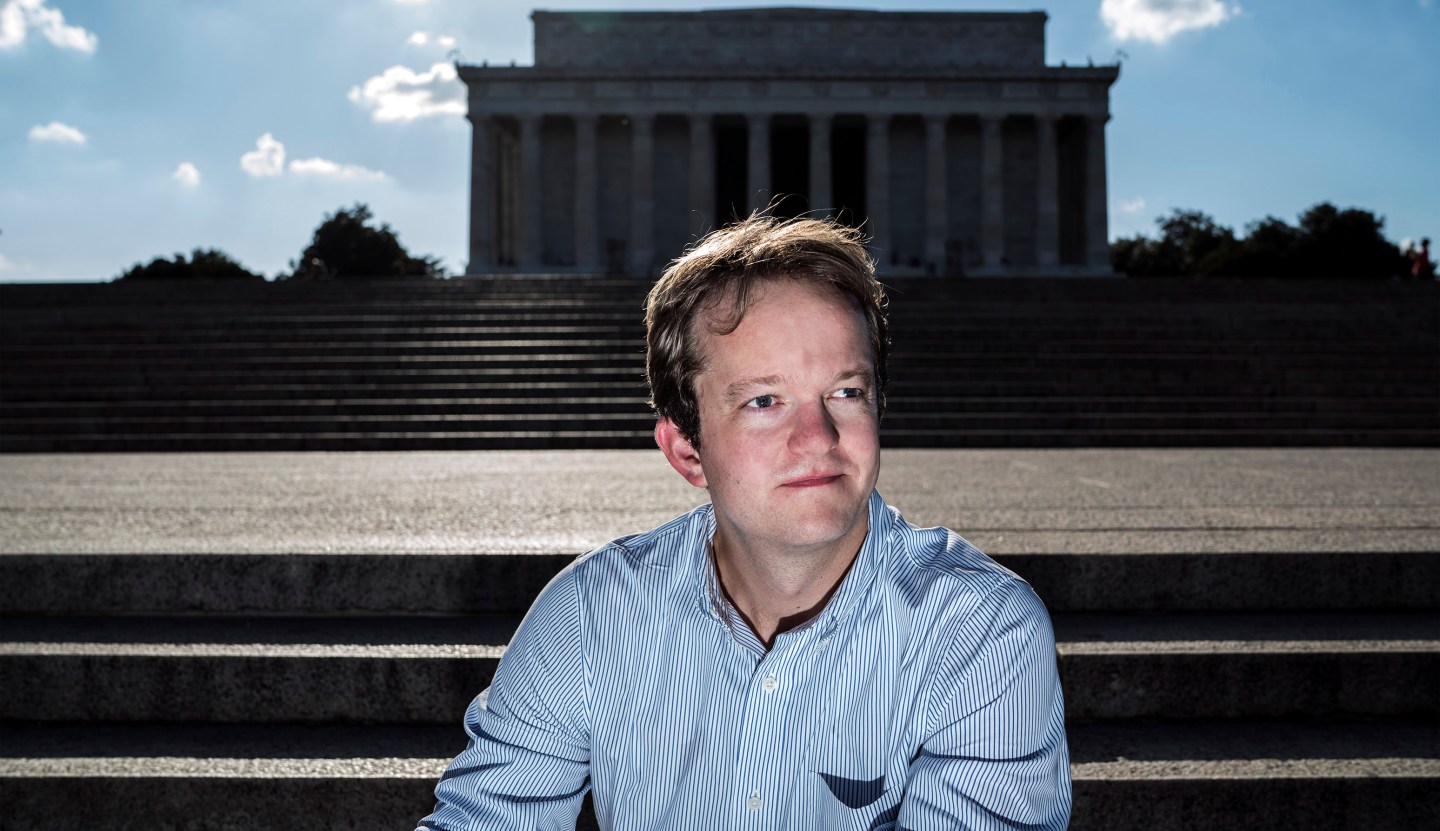 Photograph by Benjamin Lowy for Fortune

Will Ackerly is a former National Security Agency tech whiz who’s now in the business of protecting your digital information from hackers’–and even the government’s–prying eyes.

In his role at the NSA, Ackerly saw how wide-reaching the government’s surveillance had become, and it concerned him. Unlike former co-worker Edward Snowden, he never would have leaked information. He had a different plan: starting a company that would shield people’s information, reported Luke O’Brien in a recent feature story for Fortune.

Ackerly knew he couldn’t prevent mass surveillance—but he could at least try to shield people’s information. So he founded a company, Virtru, based on a technology he invented to sheathe individual pieces of data with encryption. He called his creation the Trusted Data Format, or TDF. It makes it dramatically harder for anyone—a private hacker, a foreign state, or one’s own government—to pilfer what users want to protect.

Ackerly’s technology has been embraced by thousands of companies, including the likes of Google (GOOG). It’s also gained a host of effusive outside supporters. The man himself, No. 21 on Fortune’s 40 Under 40 list, is putting his ideals to the test to create a technology that may just beat his former employer at its own game.

Read more about Virtru and Ackerly’s race to protect your information.