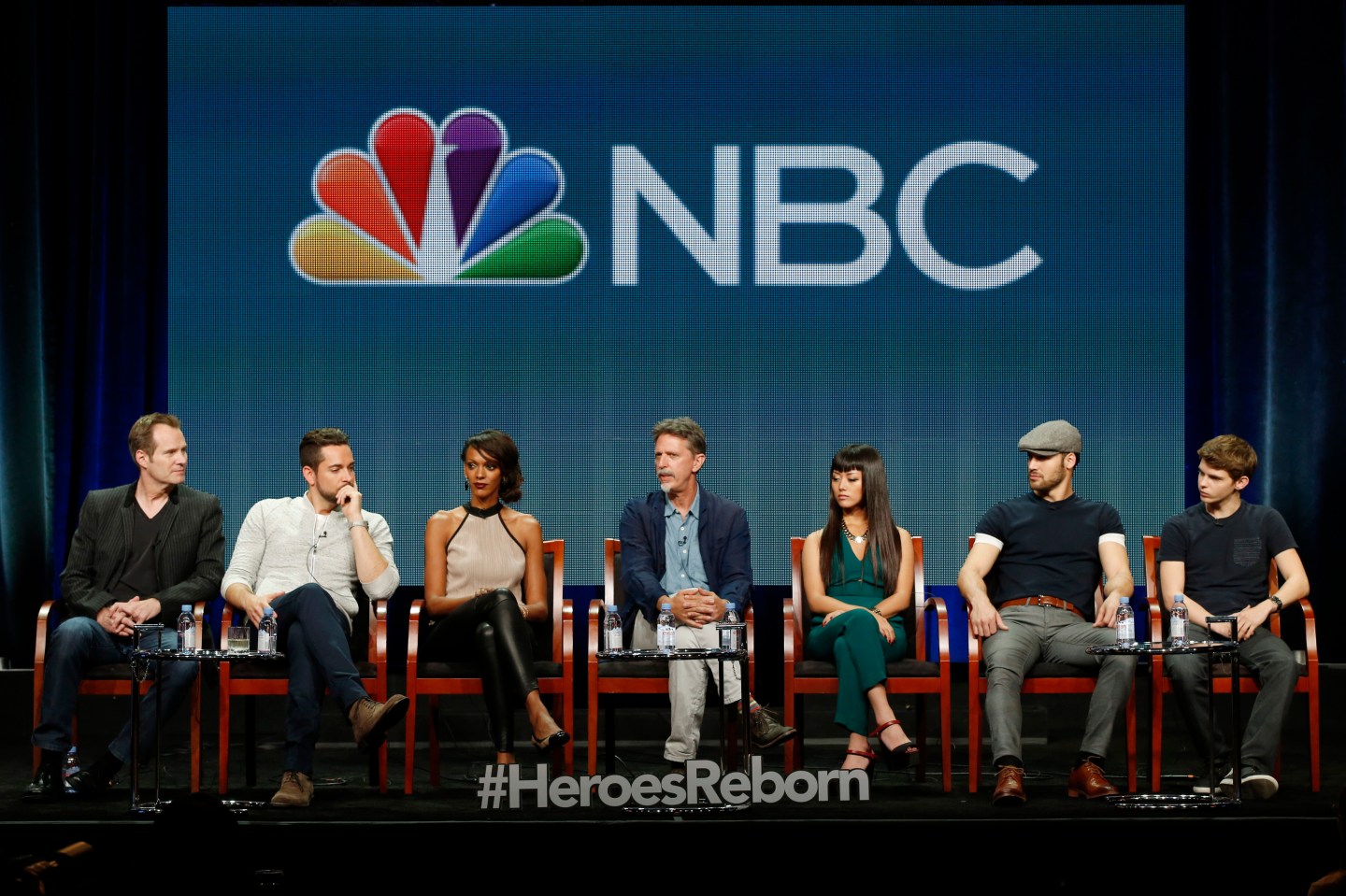 With the calendar passing into fall, television networks are once again crossing their fingers that a fresh slate of new shows will give them the ratings boost they need to be No. 1. And no network may be crossing its fingers harder than current leader NBC.

Of the four major networks, Comcast’s (CMCSA) NBC has the most new shows scheduled this fall, six, compared with five each from Walt Disney’s (DIS) ABC, CBS (CBS), and Fox (FOX).

Still, NBC has scaled back its new programs. After running out a disappointing lineup of new comedies last fall, the network canceled eight of its 11 new shows from last year and loaded up on dramas for this fall, with four of its six new shows in that category. While NBC has had plenty of recent ratings success, the Wall Street Journal points out the network has had difficulty developing hit new shows over the past few years.

NBC beat out the other three major networks last season in primetime ratings for the coveted demographic of 18- to 49-year-olds (though CBS retained its title as “America’s most watched network”). But among NBC’s top-rated primetime shows last year, the most recent addition to its lineup was two-year-old The Blacklist, which saw its ratings slip a bit with a move from Monday to Thursday.

This fall, NBC is counting on big premieres for new shows like Heroes Reborn, a reboot of a once-popular series that aired on NBC almost a decade ago, and Best Time Ever with Neil Patrick Harris, a variety show that has thus far received mixed reviews. Another new drama, Blindspot, has already fared well with viewers, with 10.6 million viewers to win its debut in the 10 p.m. Monday slot this week.

Fox is also feeling a bit of heat after its primetime rating in the 18 to 49 demographic dropped by 24% last year to trail its three major network rivals.

This fall, the network is betting big on Scream Queens, its star-studded horror comedy from Glee and American Horror Story creator Ryan Murphy. The show kicked off with a two-hour premiere earlier this week that Fox will re-air Thursday night. Fox also hopes fans of the 2002 Steven Spielberg film Minority Report will tune in for a TV show based on that movie, though the show has so far received unenthusiastic reviews and disappointing ratings.