Greeks switch to bartering because there’s not enough currency 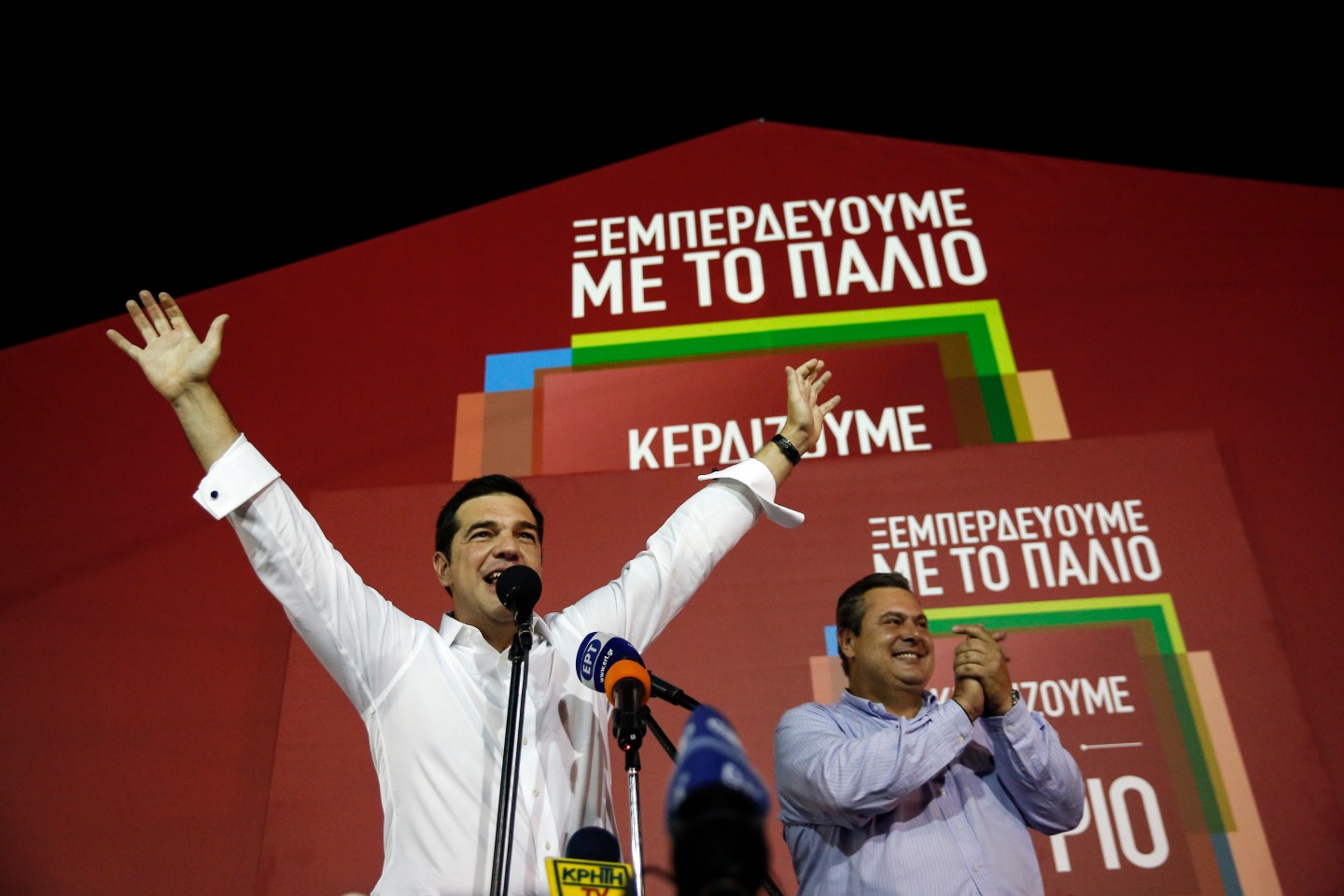 Alexis Tsipras, Greece's incoming prime minister and leader of the Syriza party, celebrates as he secures victory in the general election in Athens, Greece, on Sunday, Sept. 20, 2015.
Photograph by Yorgos Karahalis — Getty Images

Greeks are turning to the age-old system of bartering to help combat the country’s liquidity crisis.

Artistic designs are being exchanged for olive oil, accounting tips for office supplies, and 6,000 new users signed up for online bartering site Tradenow after capital controls were imposed in June, according to the New York Times.

“In Greece there’s a major liquidity problem,” Thodoris Roussos, a Greek butcher who bought a new truck with his own meat, told the Times. “People are finding it more convenient to trade because money is not readily available.”

This only underscores the task ahead for Alexis Tsipras, whose left-wing Syriza party won a convincing victory in Sunday’s national elections. Capital controls that were imposed on Greek banks on June 29 are still in place, and a bank run of around $3.3 billion by savers still leaves financial institutions severely undercapitalized.

There are signs of optimism however for Tsipras’ government. Of the $97 billion-bailout from partners in the eurozone, European lenders have earmarked 25 billion euros ($27 billion) for a bank recapitalization. A recent check revealed that bad debt in Greek banks might be less than first thought, and the economic outlook might paint a more optimistic picture.