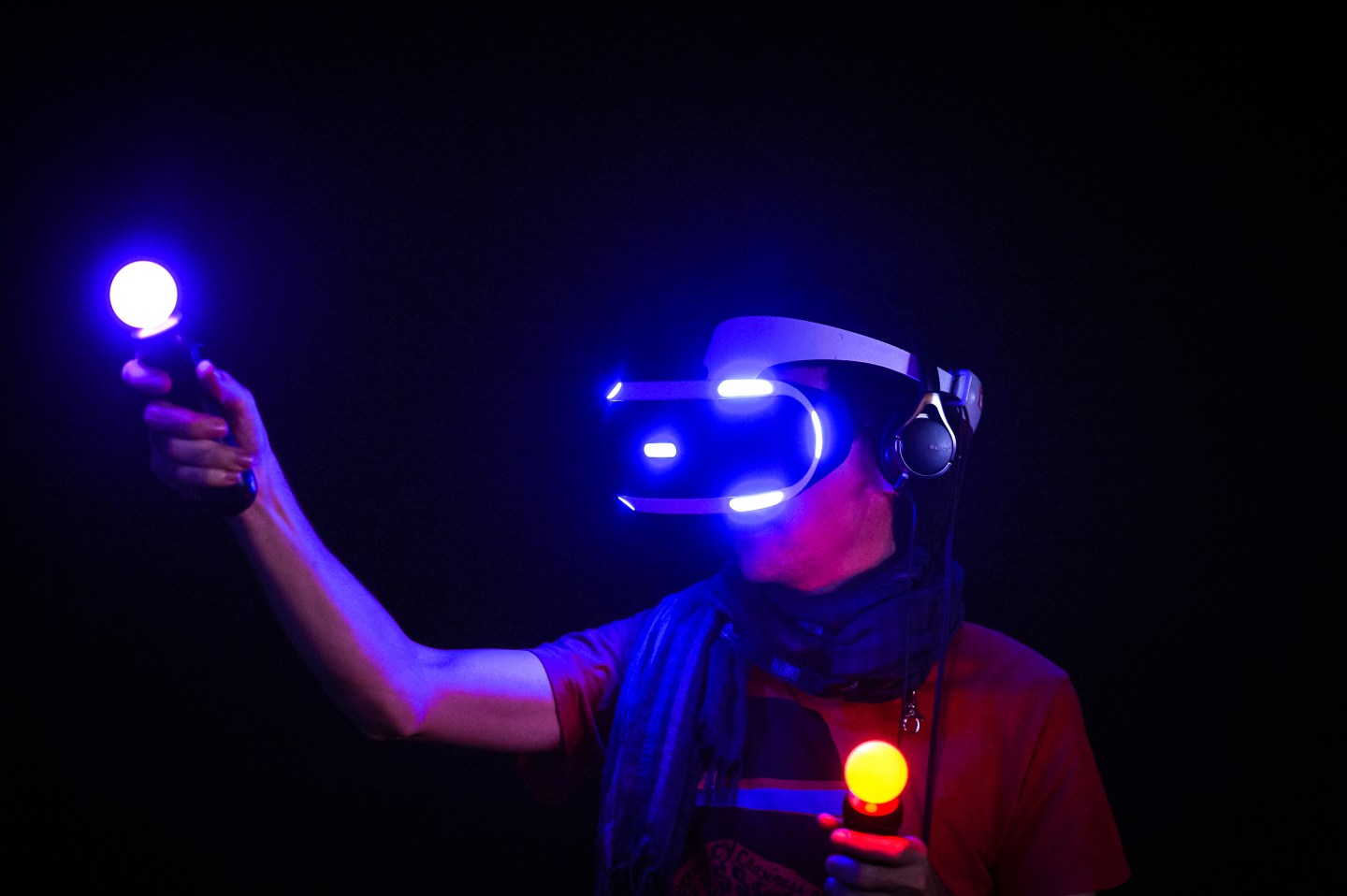 COLOGNE, GERMANY - AUGUST 05: A visitor wears a virtual reality glasses the Sony Morpheus at the Gamescom 2015 gaming trade fair during the media day on August 5, 2015 in Cologne, Germany. Gamescom is the world's largest digital gaming trade fair and will be open to the public from August 6-9. (Photo by Sascha Schuermann/Getty Images)
Photograph by Sascha Schuermann — Getty Images

Founded in 2013, the company uses the Jaunt ONE camera system to capture content with a 360 degree view in virtual reality. The company’s camera competes with Samsung’s VR camera, and GoPro’s virtual reality camera in partnership with Google.

Jaunt also has a studio to produce virtual reality content, and recently staffed the group with a number of executives, including the former CTO of Lucasfilm (the TV and production company behind Star Wars, which Disney acquired in 2012), Cliff Plumer, and the former COO of Lucasfilm, David Anderman.

Disney (DIS) is interesting considering the ways that the company could incorporate virtual reality into its own theme parks or even into movie content.

We’ll likely see more VC funding into virtual reality in the coming year. According to CB Insights, investors poured money into 40 deals in the first half of 2015, marking two back to back active quarters for the industry.

For more on Facebook’s virtual reality strategy, watch this video: