These are the cheapest cities to visit 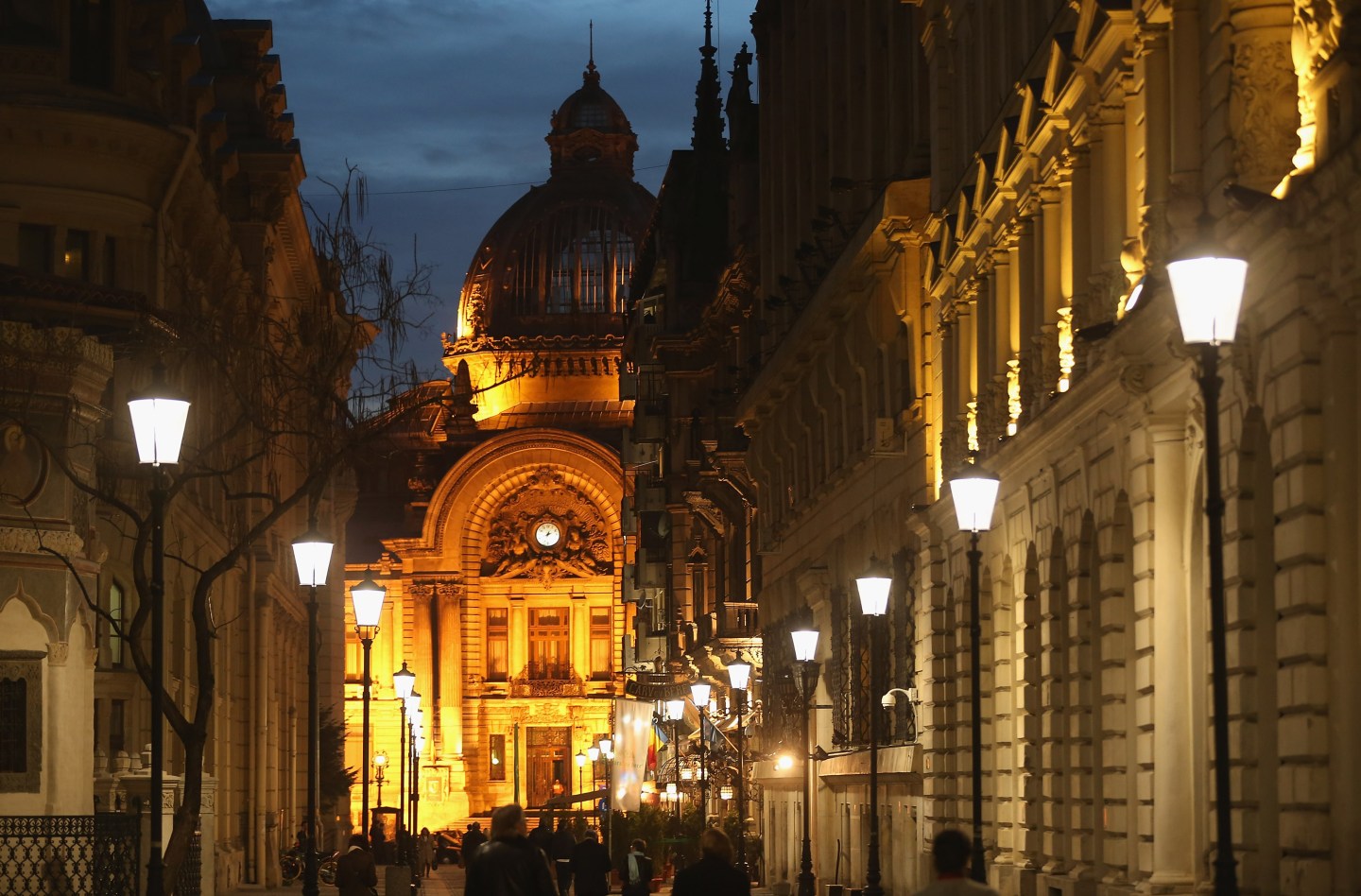 BUCHAREST, ROMANIA - MARCH 07: People stroll in the Lipscani old town district as the CEC Bank looms behind on March 7, 2013 in Bucharest, Romania. Both Romania and Bulgaria have been members of the European Union since 2007 and restrictions on their citizens' right to work within the EU are scheduled to end by the conclusion of this year. However, Germany's interior minister announced recently that he would veto the two countries' entry into the Schengen Agreement, which would not affect labour rights but would prevent passport-free travel. (Photo by Sean Gallup/Getty Images)
Photograph by Sean Gallup — Getty Images

If you’re thinking about going on vacation, your best bet might be to go east.

In a new report published by UBS, European cities took up six of the top ten most expensive cities to vacation. The cheapest were primarily in Asia and Eastern Europe.

Zurich was the most expensive city for a vacation, averaging $1,050 USD for an overnight city break. New York came in close second at $1,030, followed by Geneva and Tokyo, where the price was at least $1,000 each. Paris, Munich, Taipei, Helsinki, and Dubai rounded out the top ten, with Dubai costing $790 for the night.

Those who want a dirt-cheap vacation should go to Bucharest, Romania, where the stay costs only $260. Mumbai and Sofia, Bulgaria cost only $300 for the night, followed by Bangkok, New Delhi and Beijing. Nairobi and Vilnus, Lithuania both cost $380. The ninth and tenth least expensive cities were Budapest and Istanbul.

UBS created the list by finding out the average price in each city surveyed for two people to spend a night in each city, including incidentals like dinner with wine, a rental car, postage, and a taxi ride. Transportation to and from the cities was not included in the price.