Why the Fed is no longer center of the financial universe 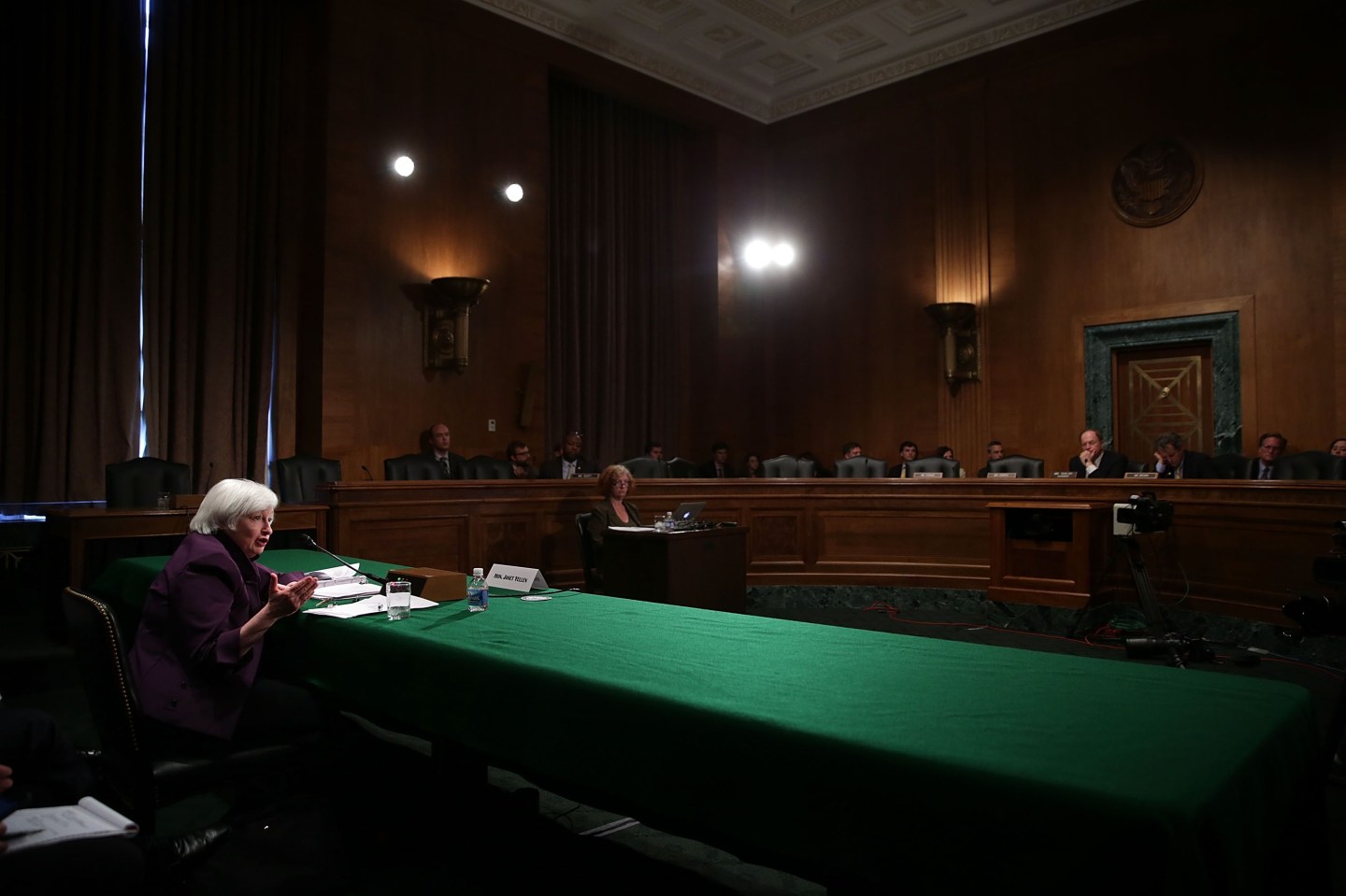 Markets have been speculating for months about whether the U.S. Federal Reserve would raise interest rates in September. The day has finally arrived, and interestingly, there’s much less certainty now about which way it will go than there was just a few weeks earlier.

In August, more than three-quarters of economists surveyed by Bloomberg expected a rate hike this month. Now, only about half do. Traders were also more certain back then, putting the odds at about 50-50. Now the likelihood of a rate hike based on Fed Funds Futures is about one in four.

The Federal Reserve may be on the verge of lifting rates for the first time in more than nine years because unemployment has dropped to pre-crisis levels, the housing market is the healthiest it’s been in 15 years and the economic recovery, while tepid, has continued.

Investors’ and economists’ uncertainty, meanwhile, has been fueled by weak growth in China, Europe and Latin America, giving the Fed pause about whether now’s the right time to start the return to normal.

There is growing alarm that a rate hike will make things even worse for the rest of the world. The Fed risks creating “panic and turmoil” across emerging markets such as China and India and triggering a “global debt crisis.”

The reality, however, will likely be very different. For one, the Fed lacks the power it once did, meaning the actual impact of a rate hike will be more muted than people think. Second, the effect of uncertainty and speculation may be far worse than an actual change in rates, which is why central bankers in emerging markets are pushing their American counterparts to hurry up and raise them already.

The Fed’s waning influence
The Fed, and more accurately the rate-setting Federal Open Market Committee (FOMC), is simply no longer the center of the universe it once was, because the central banks of China, India and the eurozone have all become monetary policy hubs in their own right.

The U.S. central bank may still be preeminent, but the People’s Bank of China, the Reserve Bank of India, and the European Central Bank are all growing more influential all the time. That’s particularly true of China’s central bank, which boasts the world’s largest stash of foreign currency reserves (about $3.8 trillion) and increasingly hopes to make its influence felt beyond its borders.

Some argue that central banks in general, not just the Fed, are losing their ability to affect financial markets as they intend, especially since the financial crisis depleted their arsenal of tools. Those emergency measures resulted in more than a half-decade of near-zero interest rates and a world awash in U.S. dollars. And that poses another problem.

Can the Fed even lift rates anymore?
The old toolkit of market leverage that the Fed used is losing relevance since the FOMC has not raised rates since 2006. And it has rather frantically been trying to experiment with new methods to affect markets.

The Fed and the market (including companies and customers) are beginning to understand that it’s not a given that the Fed can even practically raise rates any more, at least not without resorting to rarely or never-tried policies. That’s because its primary way to do so, removing dollars from the financial system, has become a lot harder to do.

Normally, one way the Fed affects short-term interest rates is by buying or selling government securities, which decreases or increases the amount of cash in circulation. The more cash in the system, the easier (and cheaper) it becomes to borrow, thus reducing interest rates, and vice versa.

And since the crisis, the Fed has added an enormous quantity of cash into the system to keep rates low. Removing enough of that to discourage lending and drive up rates won’t be easy. To get around that problem, it plans to essentially pay lenders to make loans, but that’s an unconventional approach that may not work and on some level involves adding more cash into the equation.

We think US monetary policymakers have got confused about what to do. The uncertainty has created the turmoil. The situation will recover the sooner the Fed makes a decision and then gives expectation to the market that they [will] increase [rates] one or two times and then stop.

While the timing of its first hike is important – and the sooner the better – the timing of the second is more so. This will signal the Fed’s path to normalization for the market (that is, the end of an era of ultra-low interest rates).

Right now, U.S. companies appear ready for a rate hike because the impact on them will be negligible, and some investors are also betting on it.

That’s no surprise. Companies have borrowed heavily in recent years, allowing them to lock in record-low rates and causing their balance sheets to bulge. This year, corporate bond sales are on pace to have a third-straight record year, and currently tally about $1 trillion. Most of that’s fixed, so even if rates go up, their borrowing costs won’t change all that much for some time.

At the end of 2014, non-financial companies held a record $1.73 trillion in cash, double the tally a decade ago, according to Moody’s Investors Service.

Beyond the U.S., there are reports that Chinese and Indian companies are ready for a rate hike as well.

Foregone conclusion
So for much of the world, a hike in rates is already a foregone conclusion – the risk being only that the Fed doesn’t see it. The important question, then, is how quickly, or slowly, should the pace of normalization be. While the Fed may find it difficult to make much of an impact with one move, the pace and totality of the changes in rates will likely make some difference.

But the time to start that process is now. It will end the uncertainty that has embroiled world markets, strengthen the dollar relative to other currencies, add more flexibility to the Fed’s future policy-making and, importantly, mark a return to normality.

Tomas Hult is a professor of international business at Michigan State University. This article was originally published on The Conversation.