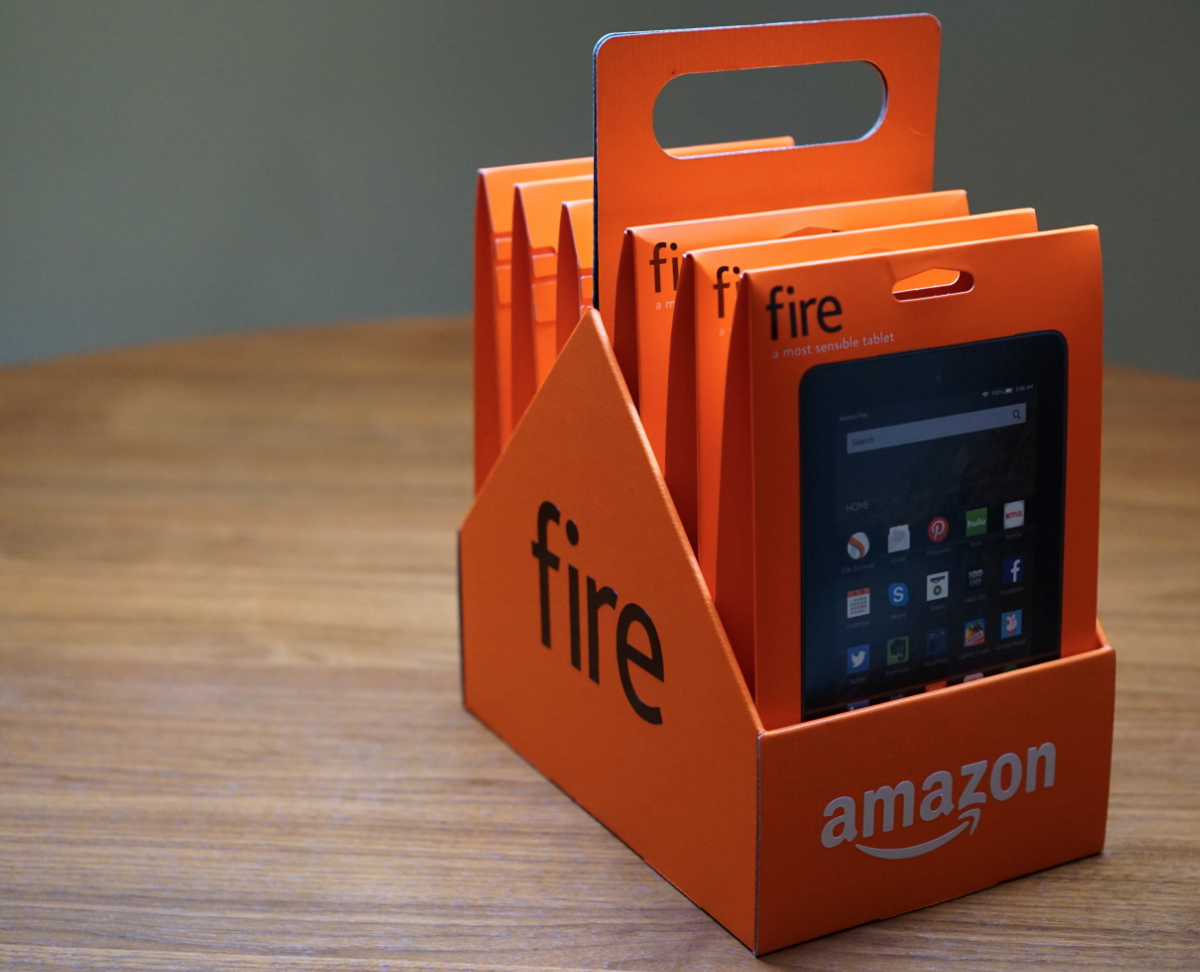 Amazon wants to sell you a new tablet — or six.

The online retail giant on Thursday announced a new 7-inch tablet called the Fire that will retail for $50. Or, buy five of them for $250, and Amazon will throw in a sixth free. That’s a little pricier than a six-pack of your favorite beer, but still a good deal if you’re in need of a basketful of tablets.

The new Fire tablet isn’t particularly powerful: it features a 1.3 GHz quad-core processor, front and rear-facing cameras and 8 GB internal storage (expandable by up to 128 GB via a microSD slot). Amazon seems to be pitching the Fire strictly as an entertainment device, noting that it’s great for watching movies or reading books. That makes sense as Amazon earns big money selling digital wares on its online store and hooking people into its Prime loyalty membership program.