The return of the American steakhouse 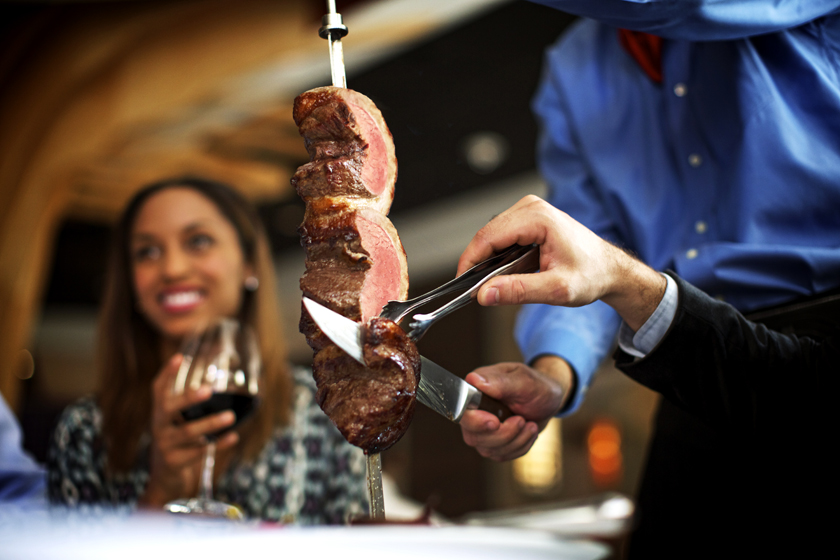 The steak house has long been considered a leading economic indicator. When times are good, financiers make deals over expense-account dinners. When times are bad, it’s carryout.

So it’s good news, then, that Americans’ animal spirits—that is, Americans’ appetite for animals and spirits—seem to be rising. For the past three years steak houses have averaged 6.5% sales growth, according to Technomic. That’s as high as it was before the crash and far outpaces the 3.6% growth at regular full-service restaurants.

But today’s American steak house is a different beast than before the financial crisis. Instead of relying solely on pricey plates of filet mignon, menus are packed with burgers, tacos, salads, and seafood. At Outback Steakhouse (BLMN), 71% of the chain’s locations are now open for lunch. Even opulent Brazilian chain Fogo de Chão has recently tested a more affordable Sunday lunch option. “Steak places are doing promotions for $7 to $9 burgers and fries,” says NPD restaurant-industry analyst Bonnie Riggs. “That isn’t too bad of a price point.”

As the sector hums along, three steak houses have gone public in as many years. Most are underperforming the market, though, because of high beef prices and industrywide competition from fast-casual chains. Fogo de Chão chief Larry Johnson says he’s not worried, despite his stock dropping 26% since its June IPO. The fundamentals are strong, he says; “Americans love steak.”

A version of this article appears in the September 15, 2015 issue of Fortune magazine with the headline “Steak is back (but hold the champagne).”