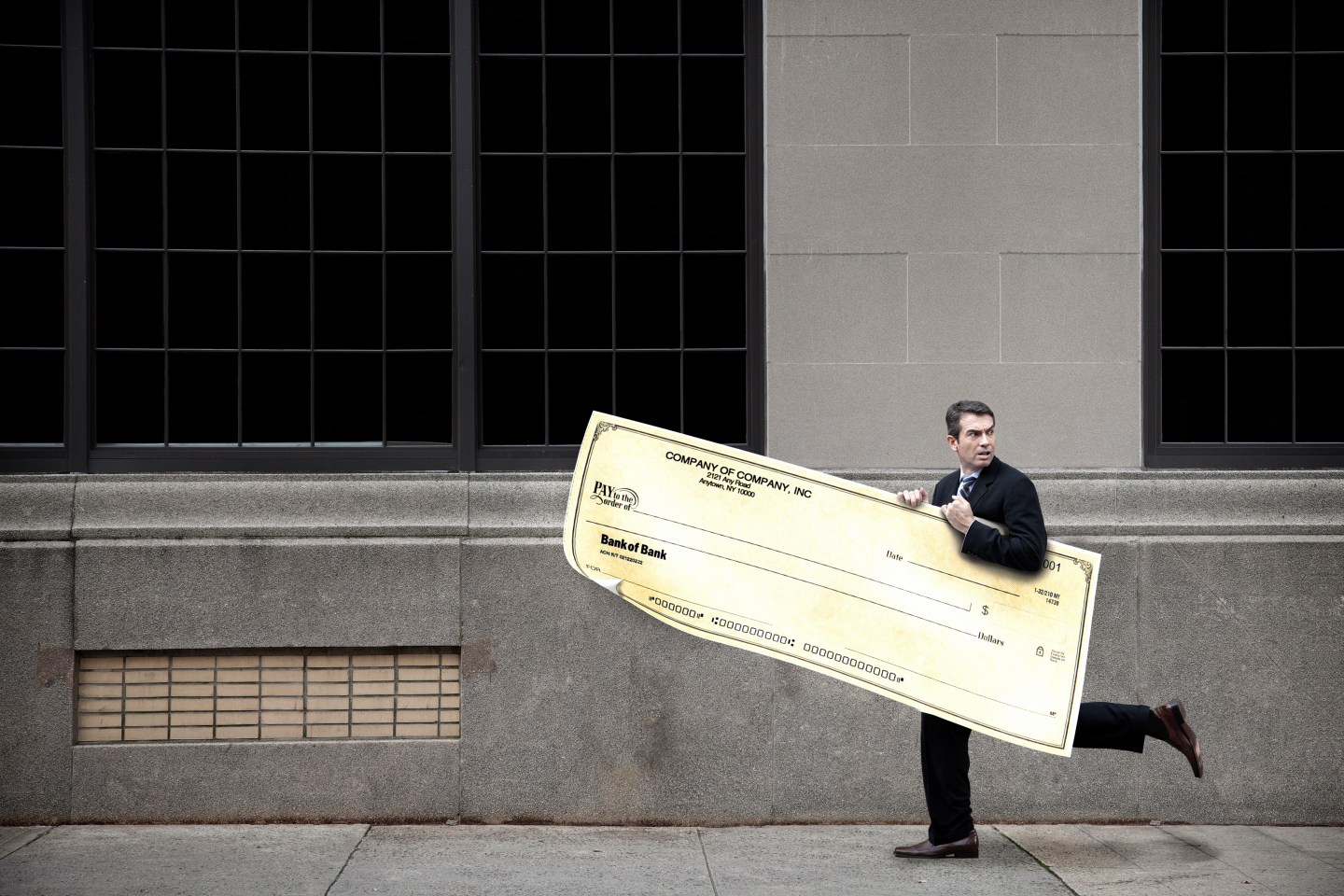 Here’s some bad news for anyone with deep pockets and a hefty tax bill you want to wipe out in one fell swoop.

The IRS says the government will stop accepting checks of $100 million or more starting next year, according to The Associated Press. Instead, taxpayers with massive IRS bills will have to pay down their tabs with multiple checks worth no more than $99,999,999.99 each, or they will have to wire their payments electronically.

The AP, citing recent memos from the IRS and the U.S. Treasury Department, says the Federal Reserve can only process checks of $100 million or more by hand, which leaves more room for the possibility of theft, fraud or human error.

Of course, this would seem to be a problem only for a small segment of the country, as the IRS reportedly accepted 14 checks for more than $99,999,999 this year. The agency didn’t reveal whether those checks were from individual taxpayers or from businesses. That’s despite the Fed saying federal agencies have been banned from depositing checks larger than that for years.

The AP notes that, among the 400 taxpayers with the highest 2012 income tracked by the IRS, the average tax bill was $56 million. What’s more, the IRS said last year that more than 90% of taxpayers filed their returns electronically. In other words, we’re not exactly experiencing a giant check epidemic, but it was apparently worth a memo.