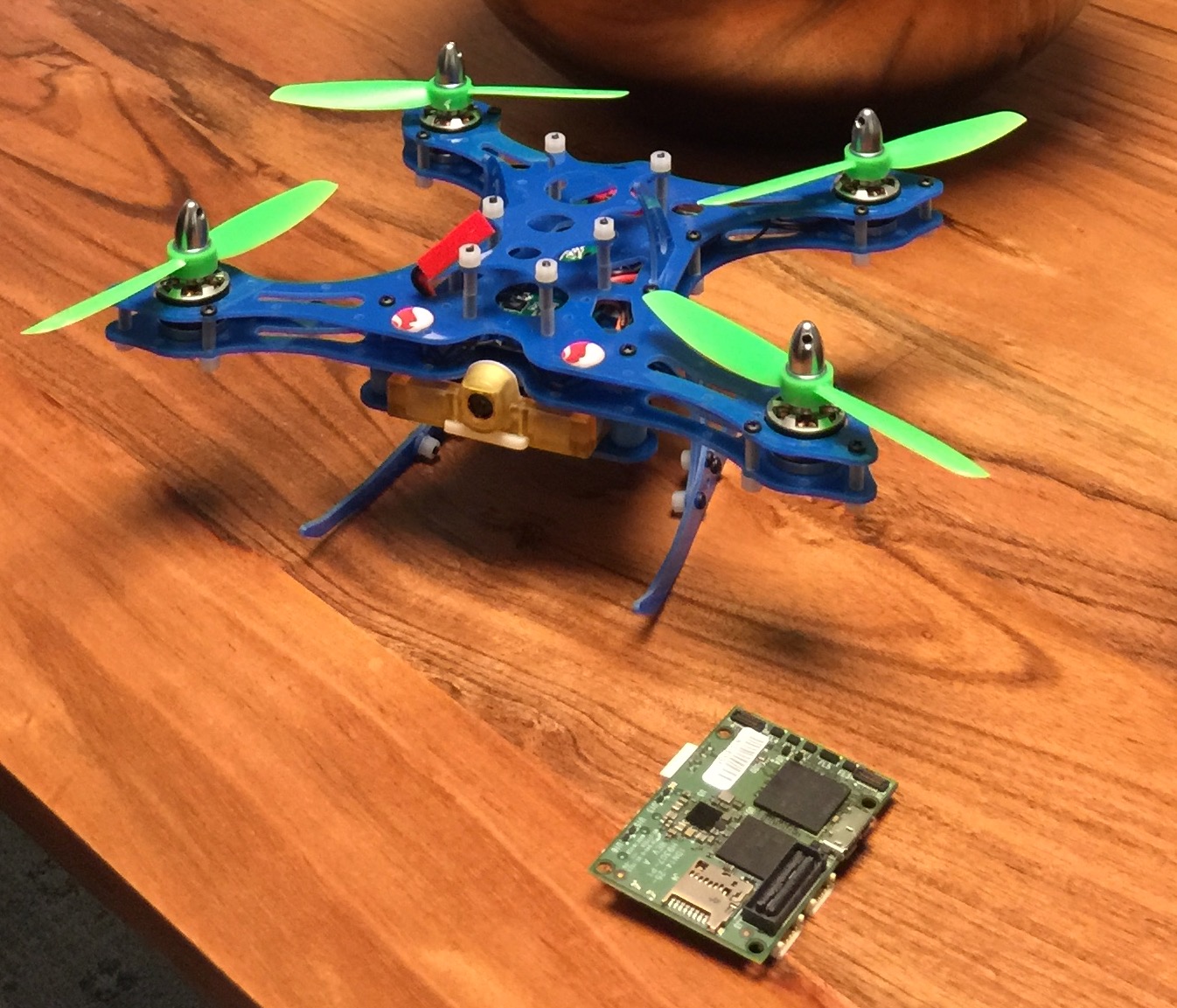 Qualcomm has crammed a lot of features on a single chip designed to bring the cost of a drone down below $300, with a reference design it showed of on Thursday. To watchers of the chip firm, this will come as no surprise. This is exactly what Qualcomm did in the cell phone world—shoved a bunch of different classes of semiconductors into one system on a chip and then managed to dominate the market for awhile.

By deeply integrating the radios and processors on a chip, Qualcomm reduced the space that the electronics took up inside of cell phones, lowering the cost of those materials and requiring less power to run. Qualcomm is doing something similar with the newly launched Qualcomm Snapdragon Flight reference design.

In shoving navigation, video processing and computation all on the same system on a chip, Qualcomm also created a virtuous cycle by reducing the overall size of the board and battery required to power the electronics. A smaller battery reduces the weight, which reduces the motor size, and in general, leads to a smaller and cheaper device. Qualcomm already has a customer called Yuneec in Hong Kong designing a drone around the new Flight platform.

When asked about the reason for smaller, cheaper drones, Raj Talluri, senior vice president of product management for Qualcomm Technologies, who spoke with Fortune, explained that really it was all about better selfies. “People want to take pictures,” he said. While acknowledging that yes, people can use drones for data gathering, crop dusting and a variety of other noble causes, the real killer app and likely result from the new reference design is what he envisions will be the next GoPro—one that can fly and follow the user.

With this platform, Qualcomm has done what I like to think of as “Qualcomming” the drone electronics, which means it integrated as many of the electronics onto a single chip as possible. That integration was the chip company’s claim to fame in the mobile world almost as much as its lock on CDMA radio technology used by Verizon and Sprint was. In fact, the lock on CDMA used to make many think of Qualcomm almost as a one-trick pony, a slave to licensing revenue that would dry up over time. But with this effort around drones, perhaps it’s the tight integration of many components on a single system on a chip that is proving to be its one trick.

And given that mobile devices require power-sipping electronics that are cheap and can fit in small packages, this might a one-trick pony that performs well for quite some time.