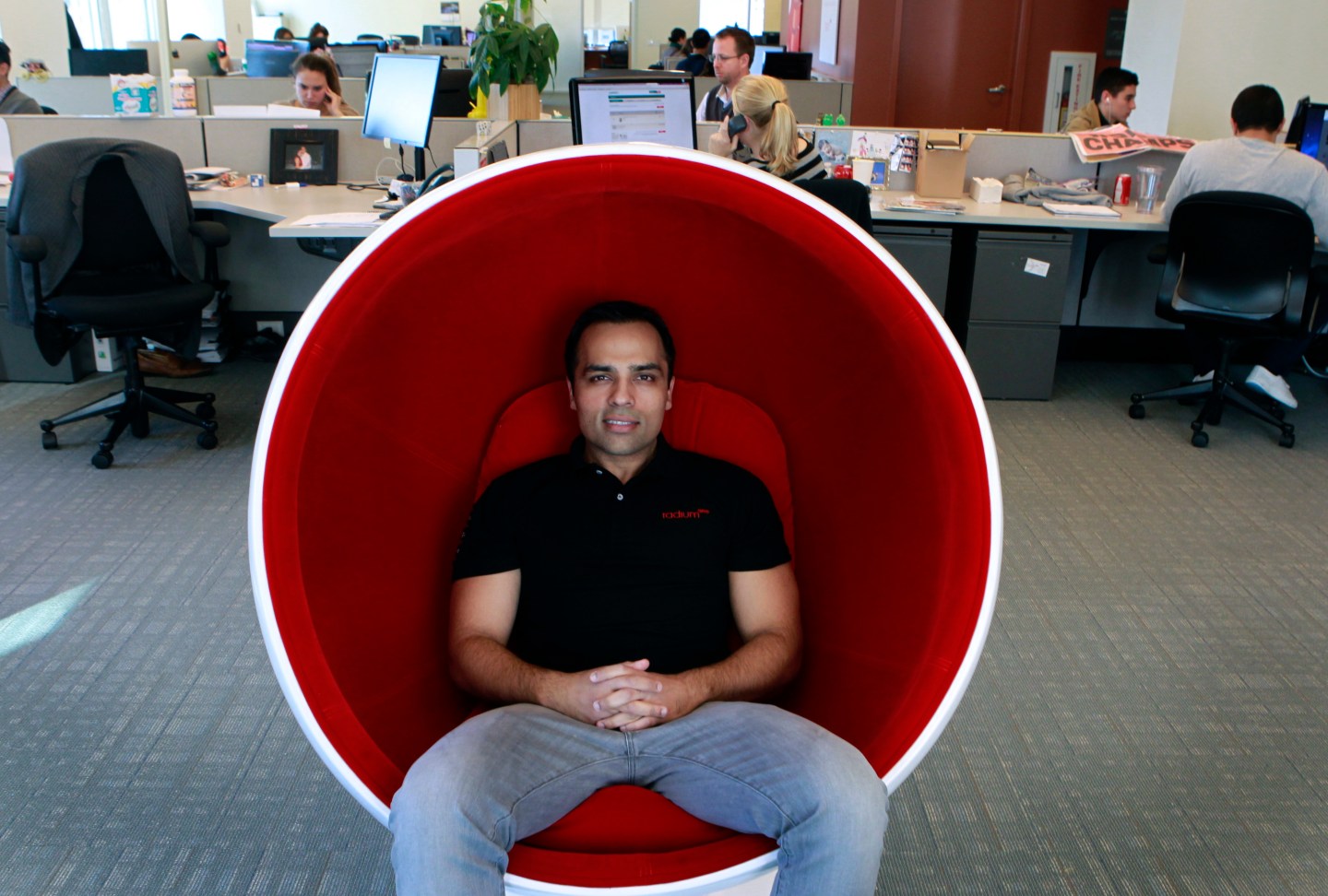 Last spring, VC-backed programmatic ad startup RadiumOne fired founder and CEO Gurbaksh “G” Chahal after he plead guilty to a pair of misdemeanors: One for domestic violence battery and one for battery, both related to allegations that he hit and kicked his then-girlfriend 117 times over a 30-minute period (which, charmingly, he videotaped).

But the actual termination wasn’t immediate, even though RadiumOne was preparing to go public. Here is some of what I wrote after Chahal plead guilty, but remained with the company:

Why is Chahal still CEO? I called and emailed each of the VC board members yesterday to ask, but none of them responded. Do they honestly believe that this man could be brought on an IPO road-show? How do you convince prospective investors that they should trust their money to someone who has displayed such a gross violation of self-control and contempt for society’s moral boundaries? How do you continue to ask employees to work for such a person? At what point do they realize that their fiduciary duty and doing the right thing are one and the same?

I would hope that some removal process is currently underway, thus explaining the lack of return calls. Remember, the guy pled guilty. And before anyone says “Well, he only pled guilty to misdemeanors, not felonies” – please remember that the misdemeanors were directly related to beating his girlfriend. This isn’t about political views or business decisions or yelling at subordinates. It’s about out-and-out violence. If that isn’t a red line for the RadiumOne directors, then perhaps they don’t have one.

Now comes a new story from The Wall Street Journal‘s Jeff Elder, revealing that the VC-laden board actively tried to get Chahal off the legal hook.

For example, Westly Group founder Steve Westly (a former California state controller) introduced Chahal to former San Francisco Mayor Willie Brown, who knew the district attorney and may be able to “back him off.” When Chahal said Brown wanted $1 million for his efforts (of which Chahal plunked down the first $250k), Westly reportedly replied: “Wow. That’s pricey, but probably worth it if he can make it happen. I suspect he will pull out all the stops to get this done.”

Subsequent emails reportedly suggest that RadiumOne’s board was aware of, and supportive of, Westly’s actions. Moreover, there are legal memos discussing whether or not the misdemeanors would even need to be revealed to prospective IPO investors. And then there is then-CFO (and current CEO) Bill Lonergan telling Chahal in the midst of media pressure that “the board has your back completely.”

In the end, of course, the board folded. Not because it was the right thing to do, but because it had failed to sufficiently cover up Chahal’s vile actions. Disgraceful.