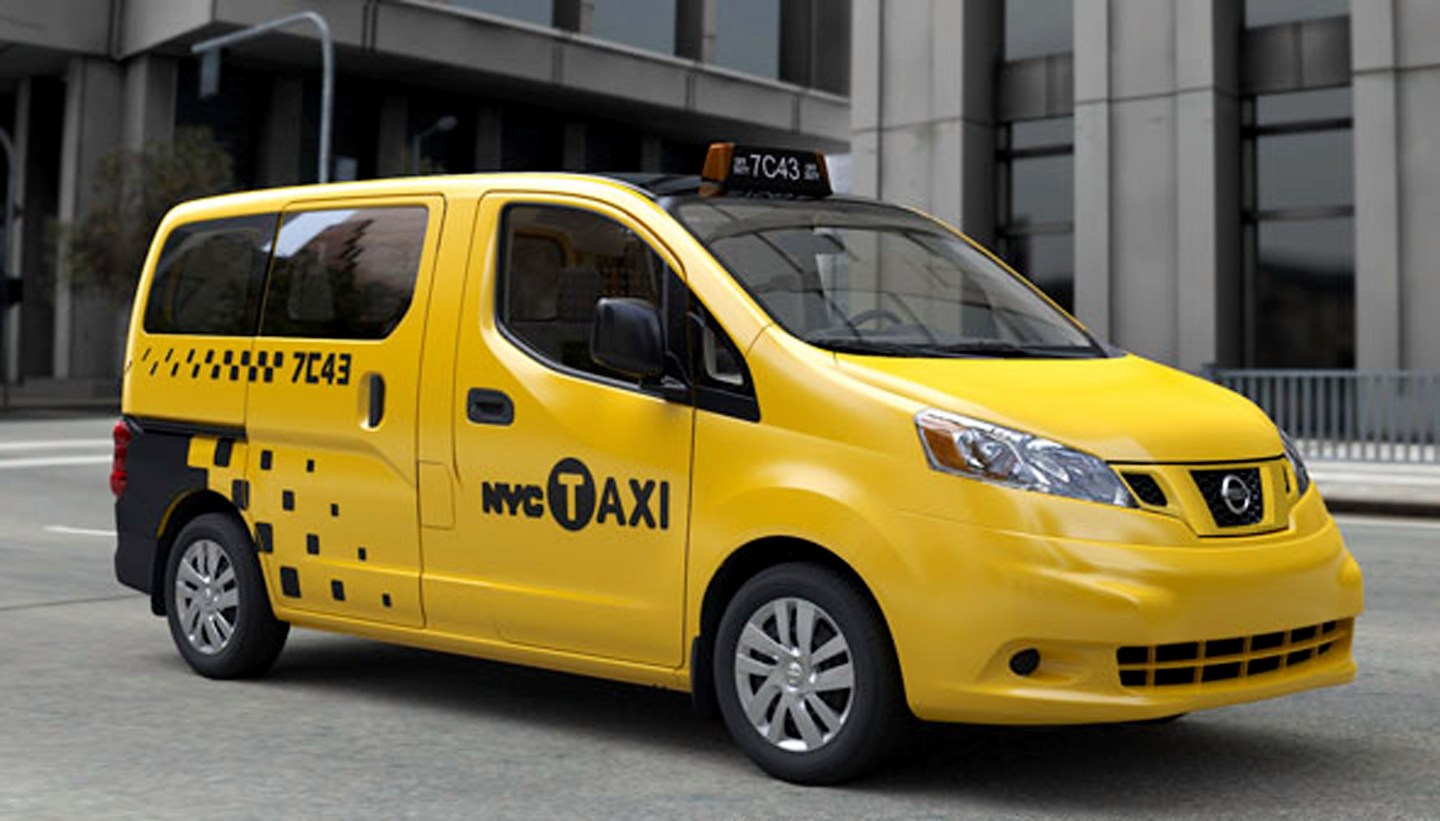 NEW YORK, NY - UNSPECIFIED DATE: In this handout image provided by the City of New York, a Nissan NV200 is seen as a New York City taxi cab in New York City. The Taxi and Limousine Commission along with New York City Mayor Michael Bloomberg announced the Nissan NV200 designed by Nissan North America, Inc., has been chosen as the winner of the Taxi of Tomorrow competition and will become the City's exclusive taxicab for a decade. (Photo by City of New York via Getty Images)
Photograph by Getty Images

While other mustard-and-lime-colored cabs will continue to roam the five boroughs, the designation means taxi operators will have to replace their existing vehicles with Nissan’s cab once it’s time to swap out their current fleet. Since thousands of taxis are retired every year, the new model–which currently makes up about 750 of the 13,000 or so New York City cabs–should soon be ubiquitous.

The NV200 has sunroofs and phone charging outlets designed to make taxis more desirable for passengers, plus sliding doors for safety’s sake (cyclists rejoice). The taxis are also outfitted with what the city is calling “low-annoyance horns” that are less ear-splitting than their forebears.

The new vehicle standard arrives as New York City’s taxis are struggling to compete with car-hailing startup Uber. Since Uber’s entry into the city, the value of taxi cab medallions–the once-expensive licenses necessary to drive a cab–have plummeted. Many taxi drivers are also defecting to Uber, a defection that allows freedom from dispatchers and set schedules.

While New York City Mayor Bill de Blasio’s administration recently floated the idea of capping the number of Uber vehicles on the road, the company’s PR counter-offensive was so effective that the city backed down. After that debacle, offering a more comfortable taxi experience may be one of the few tools in the city’s belt to bolster the local taxi industry.