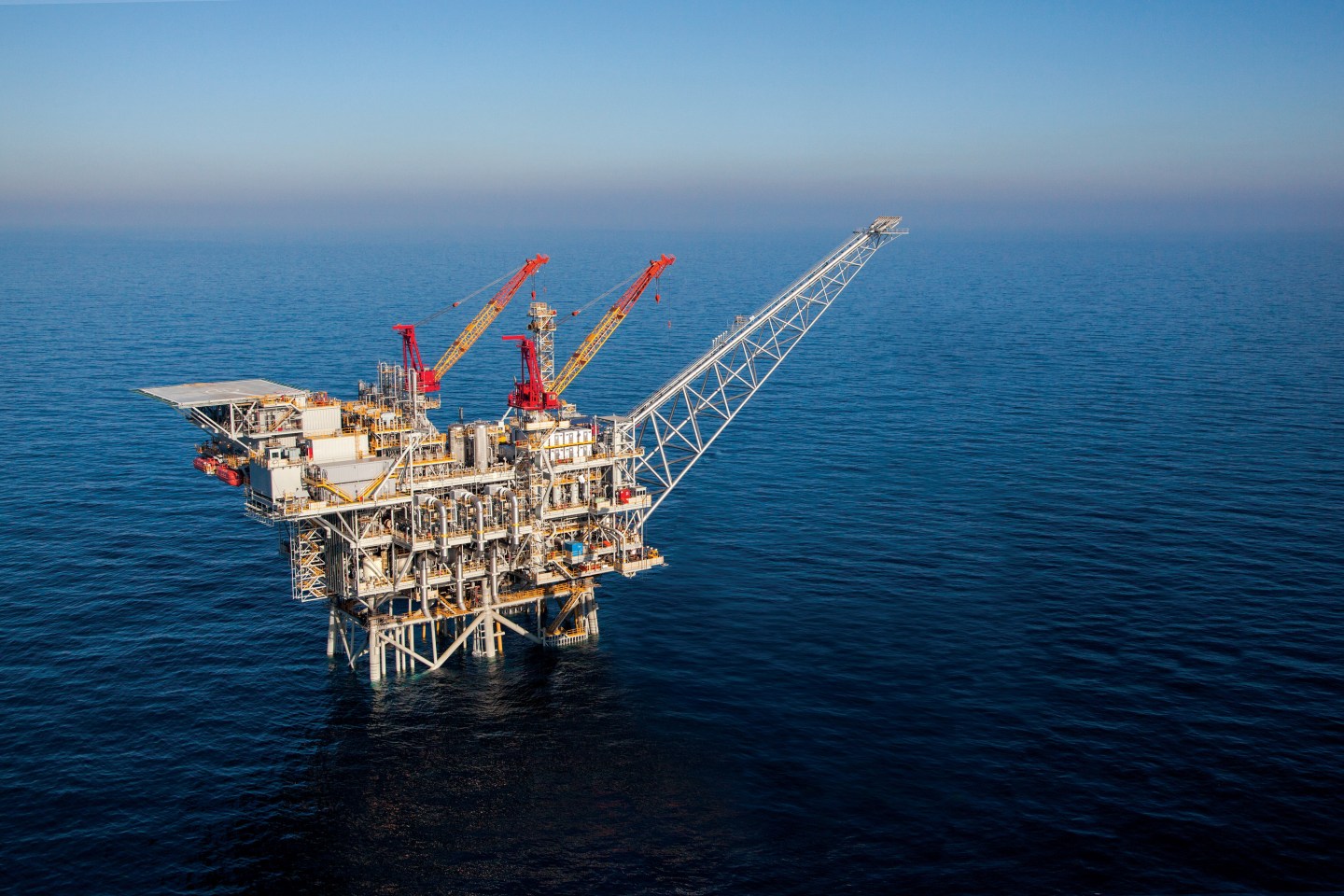 MEDITERRANEAN SEA, ISRAEL - MARCH 28: In this handout image provided by Albatross, The Tamar drilling natural gas production platform is seen some 25 kilometers West of the Ashkelon shore on March 28, 2013 in Israel. The offshore Tamar drilling site which was originally dispatched from a shipyard in Texas at the end of last year is due to start producing natural gas next week. Over the past few years Israel has suffered from a shortage in natural gas, but with the new platform that weighs 34,000 tons and will be mainly operated by Israelis, the US company Nobel Energy which owns a 36% stake in Tamar, hopes to change Israel's energy situation as well as the economy as a whole. (Photo Photo by Albatross via Getty Images)
Photograph by Getty Images

Eni SpA, an Italian energy company, announced in a press release on Sunday that it has discovered a “supergiant” natural gas field. The discovery was made about 120 miles miles off the coast of Egypt, in the company’s Zohr prospect, at a depth of nearly 5,000 feet.

This discovery, which the company dubs “historic,” could potentially hold 30 trillion cubic feet of gas within a 100 square kilometer area, making it one of the world’s largest natural gas finds. The company wrote in its statement that after the field is fully developed, it “will be able to ensure satisfying Egypt’s natural gas demand for decades.”

Eni’s CEO Claudio Descalzi recently travelled to Egypt to update President Abdel Fattah Al-Sisi on Eni’s discovery and to discuss it with Prime Minister Ibrahim Mahlab and Minister of Petroleum and Mineral Resources Sherif Ismail. Descalzi stated that finding this gas field in Egypt is strategic for the company, adding value to the discovery because “important synergies with the existing infrastructures can be exploited allowing [Eni] a fast production startup.”