This famous book is turning 60 today 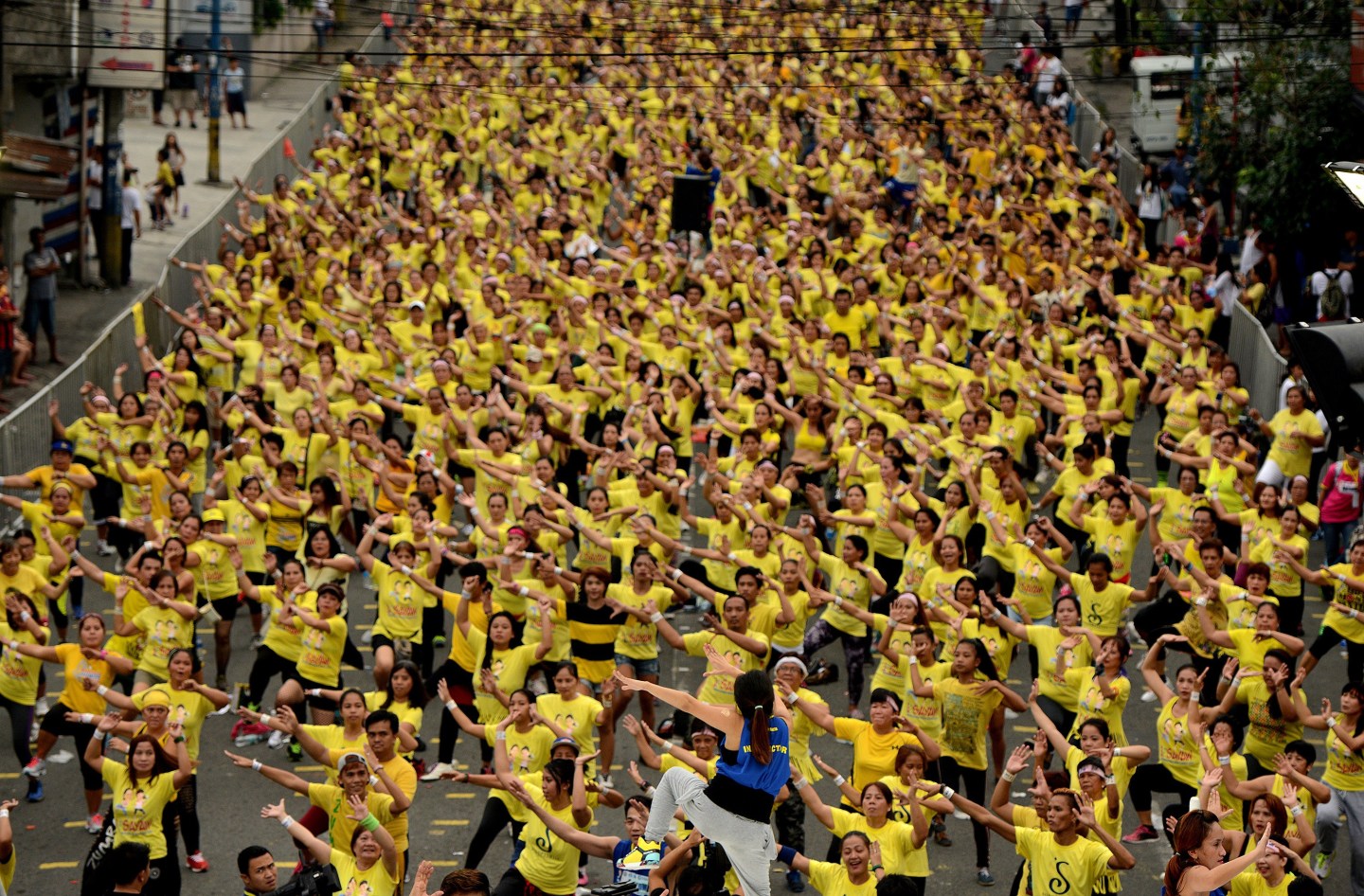 Filipino residents participate in a Zumba class in an attempt to break the Guinness World Record in Mandaluyong on July 19, 2015. Residents broke the record for the largest Zumba class with 12,975 participants in a single venue. AFP PHOTO / NOEL CELIS (Photo credit should read NOEL CELIS/AFP/Getty Images)
Photograph by Noel Celis — AFP/Getty Images

Here’s one for the record books: the Guinness Book of World Records celebrates 60 years of documenting the strangest, most impressive, and generally superlative accomplishments on Thursday.

The record book’s first edition was published in 1955. The managing director of Guinness Brewery, Sir Hugh Beaver, thought the book could distributed for free across bars, where a definitive compilation of world records would settle plenty of bar fights in the pre-Google (GOOG) era. It turned out to be a hit: 50,000 copies of the first edition were reprinted and sold, resulting in three more editions in the following year.

The Guinness Book of World Records has never been snobby about what it records: from the most expensive bottle of wine (a 1947 French Cheval-Blanc sold for $304,375 in 2010) to the fastest time to drink a liter of lemon juice through a straw (24.41 seconds). There’s also the man who holds a record for holding the most apples in his mouth and cutting them with a chainsaw in one minute (8 apples).

“We celebrate them all equally,” Craig Glenday told CBS News. “Whether you’re Usain Bolt, who can run a 100 meters in 9.58, or you’re the guy from Germany who can run it in clogs in 16 seconds, or on all fours, or backwards. It’s that rich variety, and we treat them all the same.”