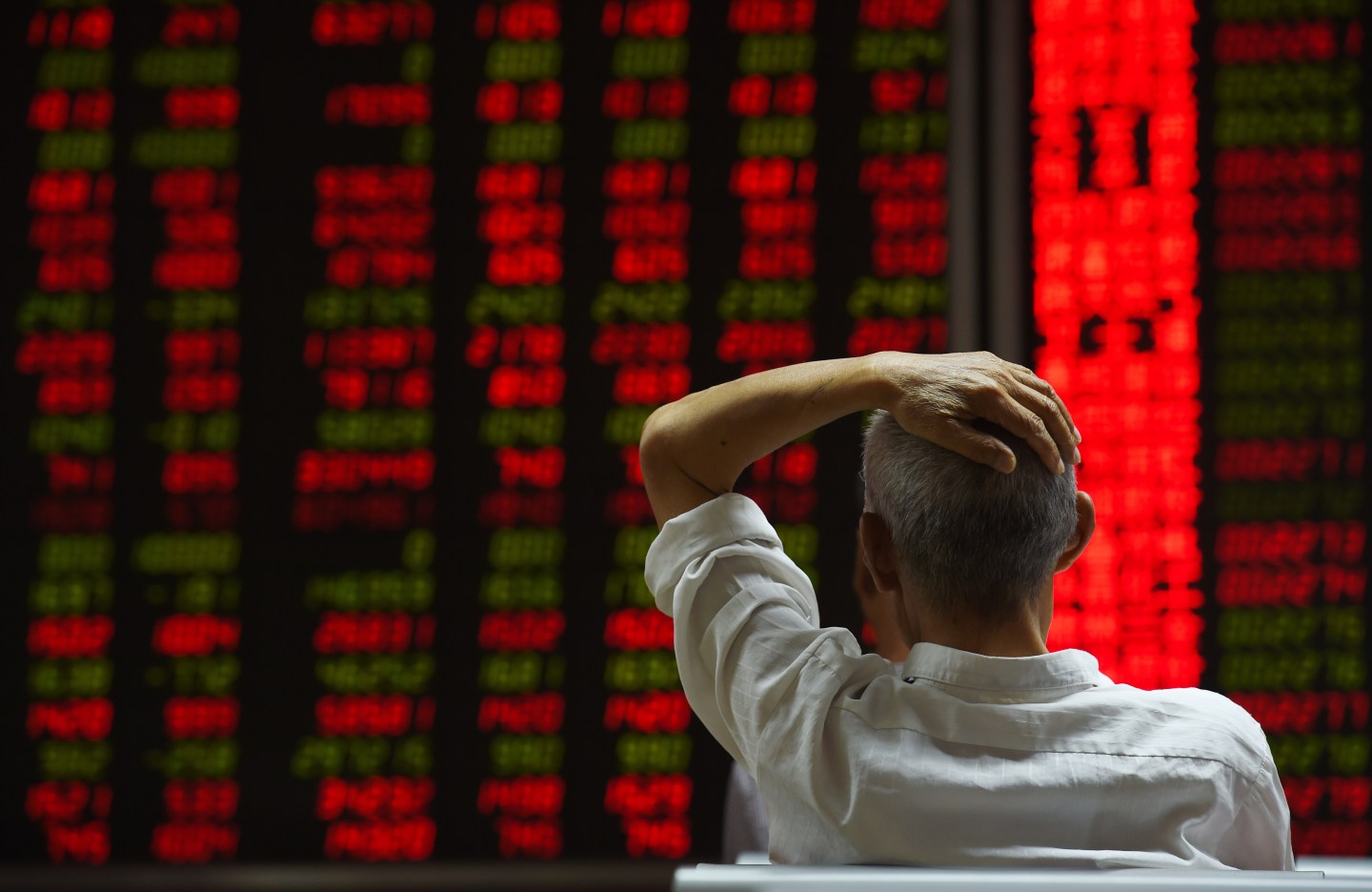 On Monday, the world’s stock markets continued to fall after suffering steep losses the previous week.

The Dow Jones Industrial Average, one of the most widely followed indexes, opened for trading by dropping more than 1,000 points in the first six minutes, or about 6.5%. This thousand-point drop was the largest intraday plunge in the index’s history.

While the market pared some of those losses during the day, the Dow still settled almost 600 points below Friday’s close at the lowest level since October. It also put some markets in what is known as “correction” territory, or 10% down from their most recent peaks.

What does this mean for investors and the rest of us? In my view, there are three important ideas to keep in mind as we assess the impact of a plunging stock market on the economy and our wallets.

First, the stock market often makes very dramatic moves in a short period of time, and extreme volatility like Monday’s occasionally occurs. One of the most famous market plunges occurred in 1929, at the start of the Great Depression.

On Friday afternoon, October 25 1929, the Dow Jones Industrial Average closed at 301. The following Monday, dubbed “Black Monday” in trading lore, the Dow closed at 260, a drop of 13.5%. Then the next day, called “Black Tuesday,” the Dow fell to 230 points, a loss of 11.7%. People were in a panic after two days of steep losses, but on Wednesday, which has no moniker, the Dow reversed course and rose up to 259. This rise on Wednesday almost entirely wiped out “Black Tuesday’s” fall.

In a space of less than 36 hours on Tuesday and Wednesday in October of 1929, the Dow fell and then rose around 12%. This whipsaw action means the stock market is not a place for investors who are faint of heart. It also means that just because the stock market has large losses today does not means these large losses won’t be quickly reversed in the future.

Falling or rising stock prices, even when the market changes dramatically, typically do not have a large or immediate effect on sales at stores, restaurants or other retailers. One reason for this is that people spend only a portion of their wealth each year.

Few people pay current bills and expenses from their stock market accounts. Instead, most people base their day-to-day spending decisions on their paycheck and other sources of income, not on their stock market holdings. Instead, stocks are often held to achieve long-term goals like retirement, a child’s or grandchild’s education, or a place to store money until needed to make a major purchase.

Moreover, when wealth increases, like when the stock market or housing market rises in value, people often spend only a fraction of that. When wealth decreases, many people don’t cut back their purchases on a dollar-for-dollar basis.

Economists call this change in spending the “marginal propensity to consume out of wealth,” and many believe the change in spending is around 4% of the total change in wealth. This means that whenever the value of people’s stock market holding goes up or down, spending at stores, restaurants and other retailers changes by only a small fraction.

The 4% spending figure might even be too high. Research by James Poterba and Andrew Samwick from the mid-1990s investigated what happened when the stock market went up, and they found “little evidence that luxury spending rises in the wake of rising stock prices.” Since other economic research suggests the 4% figure might be too low, it is likely the figure is about right.

The third idea to understand is that any dramatic drop or rise in the stock market affects relatively few people in the US.

Many US families have no savings, and, among those that have saved, not all have invested in the stock market. Every three years, the Federal Reserve surveys thousands of American families about their finances. The effort is called the Survey of Consumer Finances, or SCF.

Moreover, the number of families that own stocks shrinks quite a bit from the 18% figure when people who have only small amounts of money invested in the stock market are eliminated. Only 12% of all US families own at least US$10,000 of stocks or mutual funds, and just 10% of US families have invested $25,000 or more.

It is important to note that some people who don’t directly own stocks are still affected by the market’s performance. Pensions and money stored in retirement accounts experience the market’s ups and downs, so some retirees’ income is affected.

However, changes in future retirement income typically don’t affect spending today. Also, some people have options to buy their company’s stock in the future. While many of these options lost value recently, most people could not have spent the money from these options until years in the future.

What does this all mean?

What all this means is that the next time you hear that the stock market has set a new record low, or even a record high, know that it only affects a small proportion of US families. Among the families that are directly affected, the average family will likely change its spending habits by only a small percentage. Finally, a plunge today does not rule out a dramatic rise tomorrow.

A dramatic plunge in the Dow, DAX, FTSE, Shanghai or other index makes big news. However, like many headline news stories, there is only a small chance the news of a single-day large plunge in stock values has an immediate and direct impact on your life.

Jay L Zagorsky is an economist and research scientist at The Ohio State University. This article originally appeared in The Conversation.