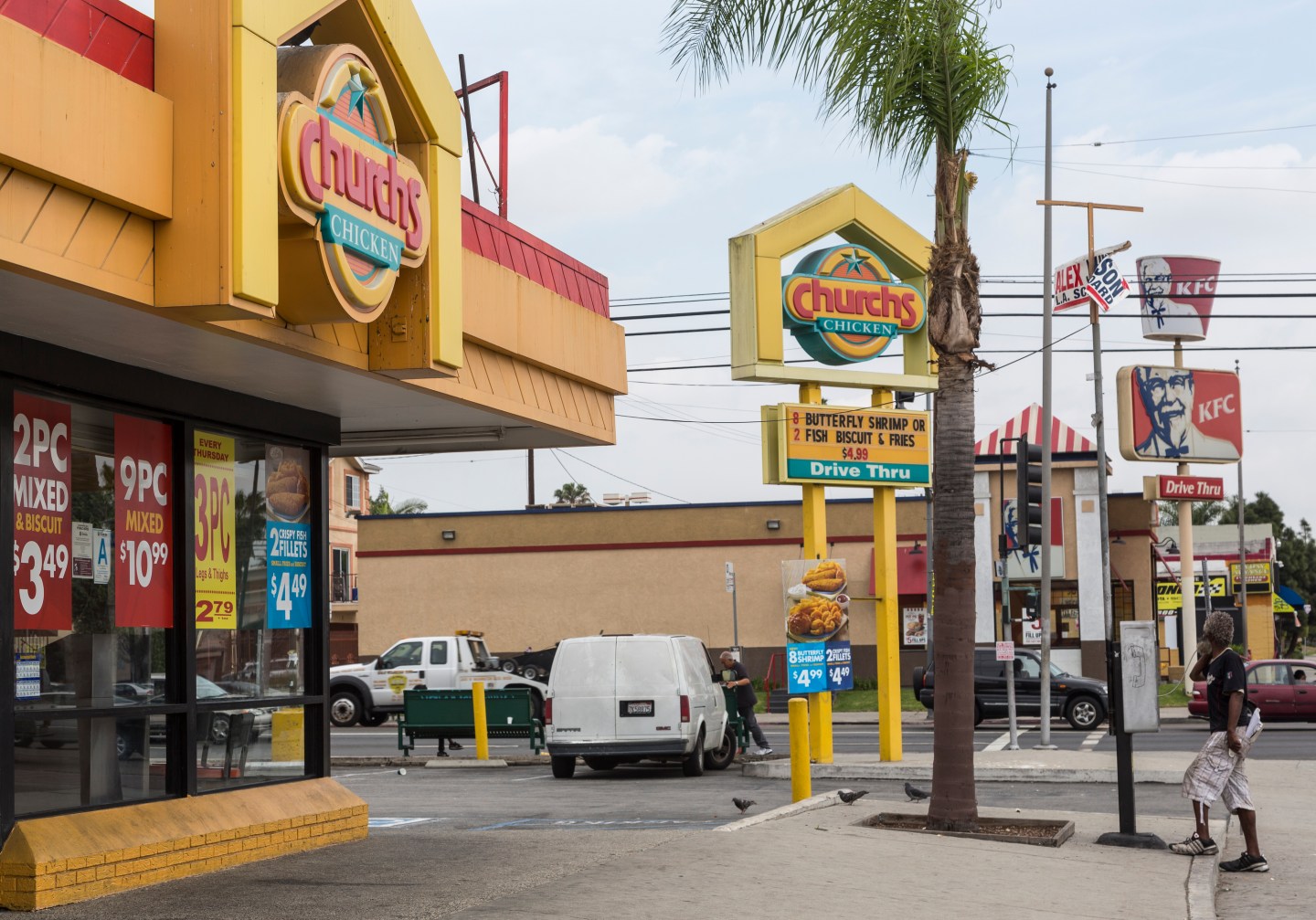 A Church's Chicken and KFC Drive Thru fast food restaurants line up in Los Angeles Wednesday, March 18, 2015. A Los Angeles ordinance designed to curb obesity in low-income areas by restricting the opening of new fast-food restaurants has failed to reduce fast-food consumption or reduce obesity rates in the targeted neighborhoods, according to a new RAND Corporation study. (AP Photo/Damian Dovarganes)
Photograph by Damian Dovarganes — AP

Colón was working at SARCO, an operator of Church’s Chicken locations in Puerto Rico, when he developed a concept for a new chicken sandwich. The company then performed taste tests with this original idea in mind, and the result was a new menu item that Colón called the “Pechu Sandwich.” Years later, SARCO decided to protect themselves by trademarking the name.

Colón then accused the company of stealing and capitalizing on his “intellectual property,” claiming that he should receive a percentage of the profits. The district court of Puerto Rico dismissed his case, and the appellate court affirmed its decision.

In explaining the court’s decision, Chief Judge Howard listed the eight categories of intellectual property that qualify for copyright protection:

Not surprisingly, “chicken sandwich” does not fall under any of these categories. Howard said a recipe is simply a list of “functional directions to achieve a result,” and does not qualify for copyright protection. This particular recipe listed fried chicken, lettuce, tomato, cheese, and mayo.

As for the name “Pechu Chicken,” the law states that words and short phrases are not copyrightable.