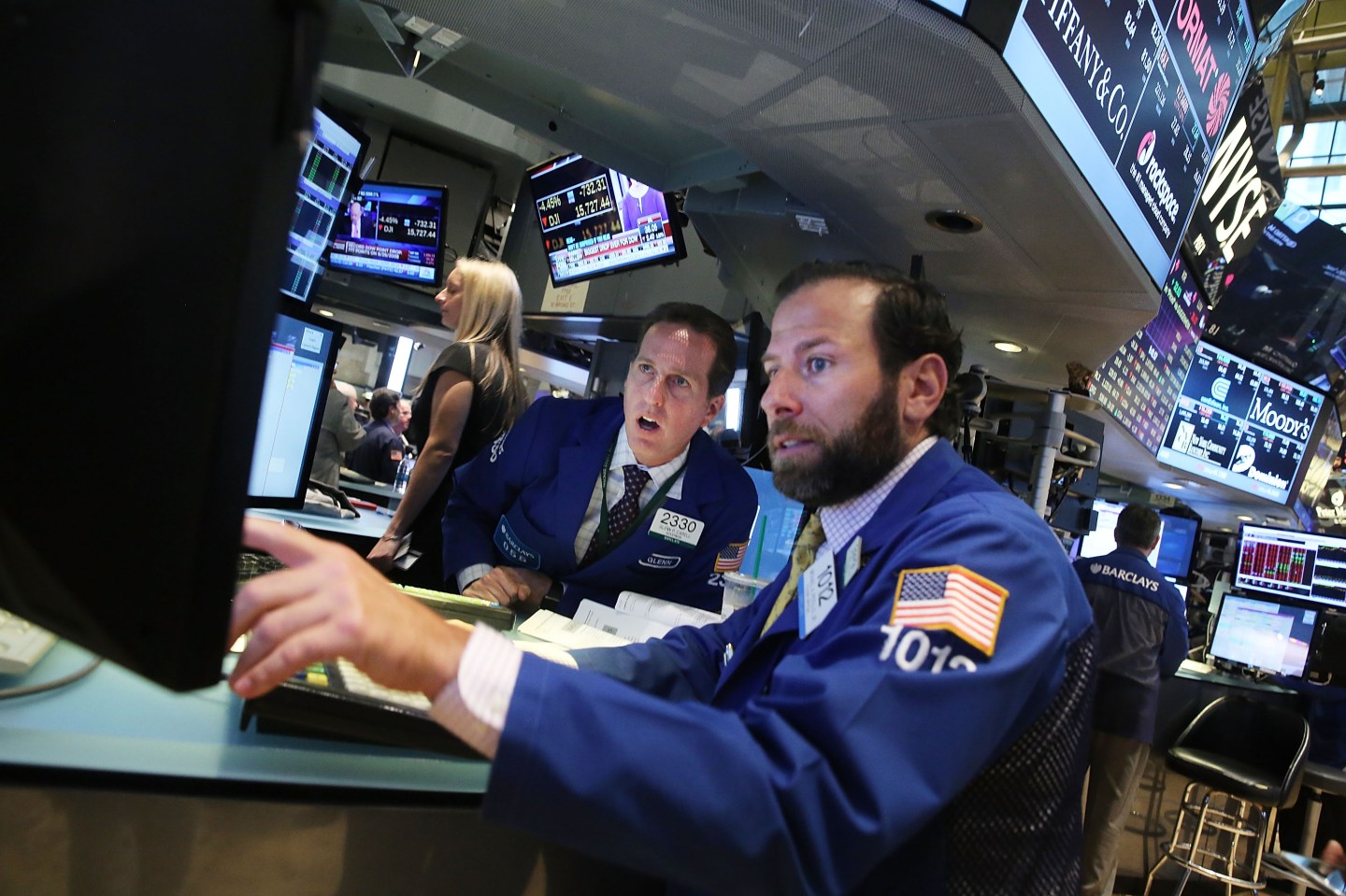 Wall Street stock futures are sharply higher as markets across the world rebound from China-induced losses on Monday.

Today’s must-read story is from Fortune‘s Chris Matthews and it looks at the possibility that the stock market’s recent turbulence could affect the timing of the Federal Reserve’s long-awaited interest rate hike, or that further losses could force the Fed to do an about face and consider a stimulus.

China’s has carried on in freefall, but the rest of the world’s stock markets look in much better shape Tuesday, rebounding with vigor after Monday’s sharp declines. Strong economic data in Germany, less-than-disastrous results from BHP Billiton and an after-the-close policy easing by the People’s Bank of China are all helping the mood recover.

2. Another day of stock losses?

Monday was a turbulent day at the market, as fears over China’s struggling economy and depressed oil prices sent U.S. stocks plummeting as soon as the opening bell rang. The Dow Jones Industrial Average quickly plunged more than 1,000 points before rallying later in the day only to retreat into the closing bell, finishing down nearly 600 points and closing below 16,000. It was a rough start to the week — particularly considering that the Dow lost more than 1,000 points last week and all three major U.S. indices ended last week down by about 6% — and it left analysts speculating that a legitimate rebound might have to wait until some certainty arises around China’s economy and U.S. interest rates.

3. Looking for some positive economic news

The industry group the Conference Board is expected to report an increase in the U.S. consumer confidence index to 93.4 in August from 90.9 last month. Meanwhile, financial data company Markit will put out its preliminary Purchasing Managers’ Index for the service sector August. The index, which offers a look at the sector’s current economic health, is expected to rise slightly to 56.0 from July’s final reading of 55.7.

The electronics retailer reports second-quarter results today, as the company continues on the road to a recovery that has so far seen both trimmed expenses and increased expenditures on improvements to customers’ in-store experience as well as investment in marketing and information technology. Investors will be interested to hear more about the results of Best Buy’s (BBY) cost-cutting initiative, Renew Blue, which emphasizes a more efficient supply chain as well as reduced product returns and replacements.

Toll Brothers (TOL), the country’s largest luxury U.S. homebuilder, posts third-quarter figures today and the company is expected to report a quarterly increase in new housing orders. A rise in the company’s orders would reflect momentum in the U.S. housing recovery, though Toll Brothers’ customers are generally affluent buyers who are less influenced by fluctuating mortgage rates. Investors will be watching out for any indication of an increase in house-selling prices over the coming months.