Netflix, AMC, and Lionsgate are the fastest-growing companies in entertainment 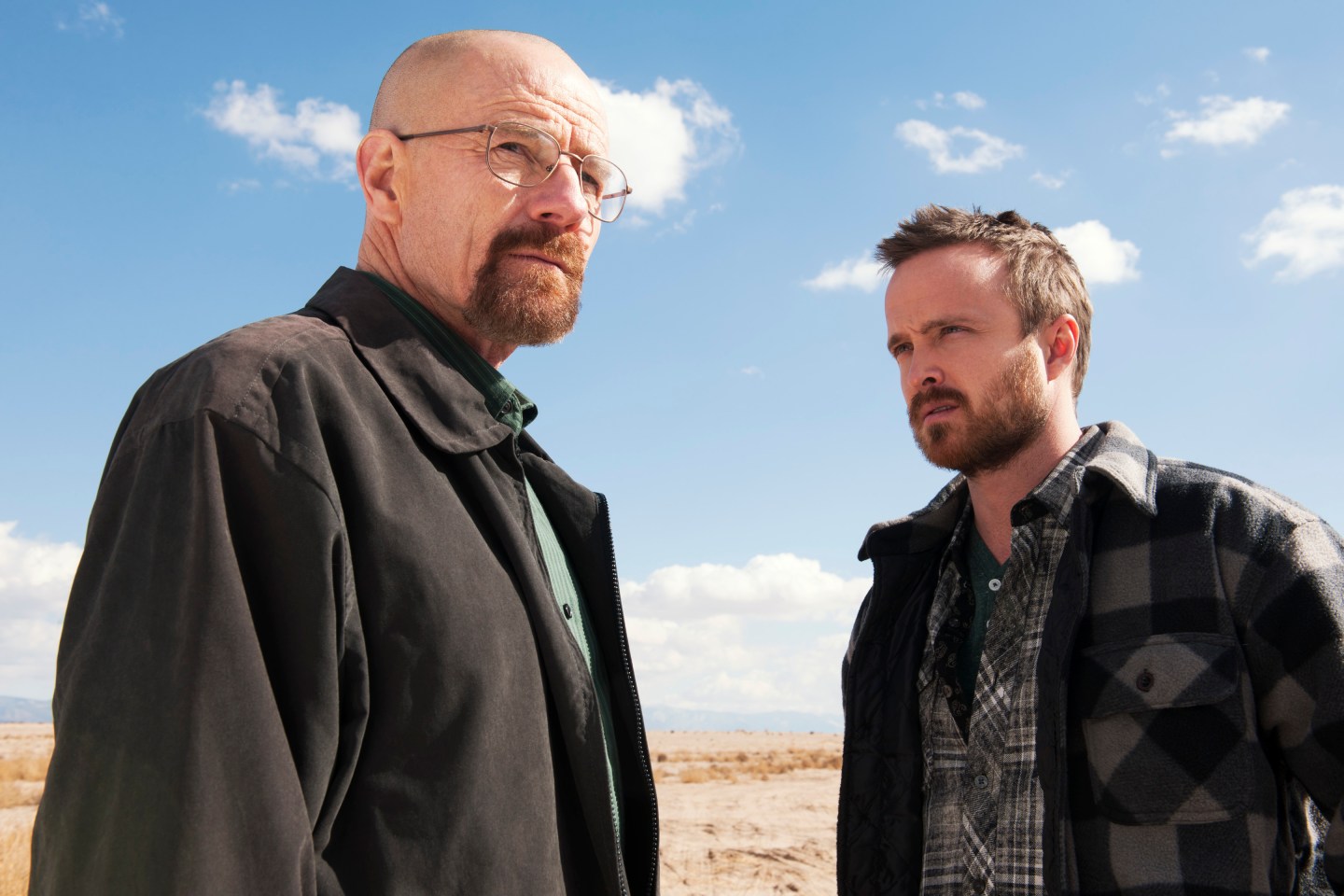 At first glance Netflix, AMC Networks, and Lions Gate Entertainment may appear to be very different companies. One is a streaming service, one a television channel, and one a traditional film studio. But they all have something in common: the same strategy is fueling their fast growth.

These three companies are the only entertainment businesses on our 2015 Fastest Growing Companies list because each one has realized the power of original franchises, whether that be a television or movie series.

The great success Netflix (No. 46) has had with original programming is no secret. Most people can rattle off the company’s biggest hit dramas: House of Cards, Orange is the New Black, and this year, Bloodline. But the early digital-streaming innovator has pumped out many other original shows, among them: Marco Polo, Daredevil, and Unbreakable Kimmy Schmidt, which was originally planned as an NBC show but was sold to Netflix.

House of Cards was the company’s first original series (adapted from a BBC mini-series), but the first television show Netflix (NFLX) ever streamed was Lilyhammer, a Norwegian show starring Steven Van Zandt (recognizable from The Sopranos and Bruce Springsteen’s E-Street Band). Netflix has also seen success in producing original continuations of preexisting shows, among them the fourth season of Arrested Development (a cancelled Fox comedy) and eight episodes of Wet Hot American Summer: First Day of Camp, a spinoff of the cult-classic 2001 movie.

All of this original programming has established Netflix as the leader in the exploding business of streaming television. It’s a booming business that Amazon (AMZN) has also invested in with original series such as Bosch, Alpha House, and the groundbreaking and award-winning Transparent. The strong interest in made-for-Internet series is apparent: Netflix’s subscriber numbers have risen every quarter since the beginning of 2012, tripling from 22 million to 65.6 million subscribers. The stock price has responded in kind: it’s up more than 800% in the last three years, and up 64% in the last year, part of the reason Netflix has appeared on Fortune’s 100 Fastest Growing Companies list in six non-consecutive years since 2007. The company’s revenues were $5.5 billion last year, helping it climb 89 spots on the Fortune 500 to No. 474.

AMC Networks: An old dog with a new trick

AMC Networks (No. 100), too, has made great hay with original series. Originally conceived as a cable channel that aired old movies, the network has shifted and rebranded itself in the past decade. (It has even de-emphasized its full name, American Movie Classics.) In 2007, AMC debuted Mad Men, its first original series, to instant critical acclaim. The next year came Breaking Bad, and in 2010, The Walking Dead.

The network’s revenue growth can be pinned directly to the peak overlap of these three shows, which was in 2013, when all three were on the air concurrently and Breaking Bad was in its final season. (The series finale was watched by a whopping 10.3 million viewers.) Earlier this year, AMC debuted the Breaking Bad spinoff Better Call Saul, which set a Nielsen record in February as the most-watched cable series premiere ever in the key age demographic of 18—49-year-olds. Wall Street loves those ratings: AMC’s stock (AMCX) is up 58% in the past two years, 28% in the past year.

Lions Gate Entertainment (No. 54) has had box office success with two major franchises: The Twilight series (produced by Summit Entertainment, a Lions Gate subsidiary) and Hunger Games, which have much in common as they are both film adaptations of bestselling young adult book series, are fantastical (one is about vampires and the other about a futuristic dystopia), and are anchored by a dynamic young female character (portrayed by Kristen Stewart in Twilight, Jennifer Lawrence in The Hunger Games).

The five Twilight movies have made a combined $1.36 billion at the box office (the third installment, Twilight: Eclipse, did best) while the three Hunger Games movies have accrued $1.17 billion, with one more still to come. The two franchises are often compared, and for Lions Gate to have both is quite a coup. Annual revenue dipped slightly in 2014, but the stock (LGF) is a steady riser, up 14% in the past year.

Fortune’s annual list of the 100 Fastest Growing Companies takes into account revenue growth rate, EPS growth rate, and three-year annualized total return—all for the past three years. That means that Netflix, AMC, and Lions Gate have been on a growth streak—all owing to their big bets on original programming.

Each of these companies has had some losers, but if the winners win big—and House of Cards, Breaking Bad, and The Hunger Games franchise are indisputable winners—big growth follows.